A photograph showing Trump supporters spelling out "T-R-M-U-P" on their shirts is fake. 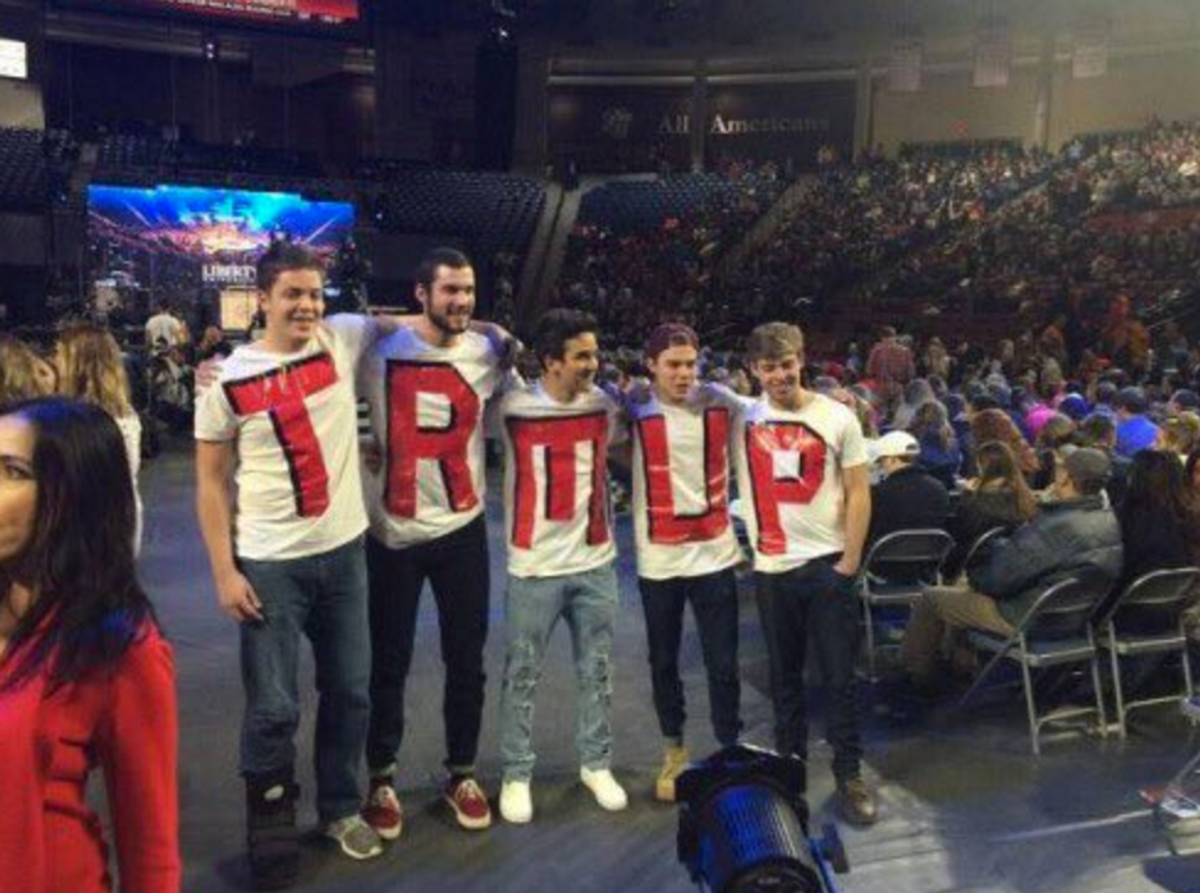 Claim:
A group of Trump supporters misspelled the candidate's name on their shirts.
Rating:

In January 2016, a photograph purportedly showing a group of Republican presidential candidate Donald Trump's supporters spelling out the word "T-R-M-U-P" on their shirts hit social media. This image was based on a photograph taken at Liberty University during an event that featured Trump, and similar CBC News photograph taken at that event shows the same five Liberty University students wearing shirts that display the correct spelling of "TRUMP": A group of Liberty University students dressed for the occasion when Donald Trump spoke at their school on Jan. 18, 2016. They said they like that Trump is not afraid to offend people. (Meagan Fitzpatrick/CBC News)

Note that the students wearing "U" and "M" are standing in the same position in both photographs. Furthermore, these two pictures were taken at approximately the same time, given the students' positions relative to the crowd.

This viral image is highly reminiscent of another fake photograph circulated during the 2008 presidential campaign that, one that showed Republican nominee Mitt Romney posing with children whose shirts spelled out 'MONEY' rather than 'ROMNEY':