Donald Trump to Remain on 'The Apprentice' after Inauguration

Donald Trump is retaining an "Apprentice" producing credit, but will not be involved with the program in any capacity. 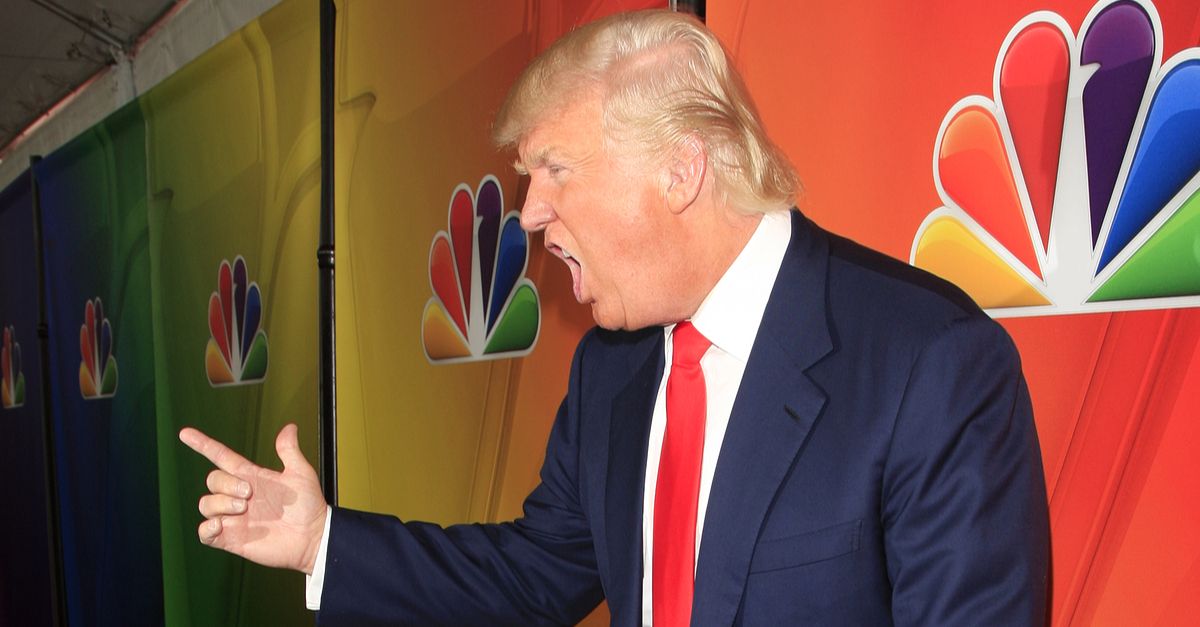 Claim:
Donald Trump will be a "part-time President" and keep his job on "Celebrity Apprentice."
Rating:

Donald Trump will be credited as a producer of "Celebrity Apprentice" when the show returns to air in January 2017.

Trump will not be involved with the production of the show, nor will he star on it; Trump may receive residual payments.

On 8 December 2016, stories appeared that President-elect Donald Trump would remain on the reality television show "Celebrity Apprentice" as an executive producer, even as he serves as president:

The article clarified the claim, reporting that Trump would retain a "credit" on the program:

Donald Trump will remain an exec producer on NBC’s “Celebrity Apprentice,” which is returning Jan. 2 after a two-year hiatus with new host Arnold Schwarzenegger. MGM confirmed to Variety that Trump has retained his EP credit on the series. The president-elect’s status on the 15th season of the reality series that made him a household name has been a question since Trump launched his presidential campaign in June 2015. In the credit sequence, Trump’s name will air after that of “Apprentice” creator Mark Burnett and before Schwarzenegger, who is also an exec producer of the new incarnation along with Page Feldman and Eric Van Wagenen.

By that description, it sounded as if Trump would simply remain a credited entity in the program's introduction and conclusion sequences. The piece went on to say that residuals received by Trump would be scrutinized, adding that he planned to devote no time to upcoming productions of "Celebrity Apprentice":

Although Trump has no role in the production of the show, the fact that a sitting president will be on the payroll of a current TV show is another example of the thicket of potential conflicts of interest raised by Trump’s segue from private businessman and TV star to commander-in-chief. However, past presidents have published books during their time in the White House, so there is precedent for a president earning royalties while in office. In the case of President Obama’s 2010 book “Of Thee I Sing: A Letter to My Daughters,” his profits from the Alfred A. Knopf publication were donated to a charity that aids the children of disabled veterans.

Nevertheless, a number of readers interpreted the headlines to mean that a sitting president would indeed be appearing on (or devoting significant time to) a reality television show. On 9 December 2016, Trump's former campaign manager Kellyanne Conway exacerbated the confusion by using the phrasing "in his spare time" ostensibly to mean "outside his role as President" when discussing the controversy:

Kellyanne Conway on Friday defended President-elect Donald Trump's decision to remain an executive producer on NBC's "Celebrity Apprentice" even as he takes office, arguing that "presidents have a right to do things in their spare time."

"He's a very transparent guy. Everyone can see what he's doing, and the fact is that he is conferring with all types of experts who tell him what he can do and not do as president of the United States," Conway, a top Trump adviser and his former campaign manager, said on CNN's "New Day." "If this is one of the approved activities, then perhaps he will consider staying on."

The Washington Post further noted that President Obama received book royalties while in office, reporting that Trump would retain a "producing credit" when the show returned to the air. However, it added that prior to the election an NBC executive said the President-elect would never again appear on the series franchise:

No previous president has faced the challenge of disentangling from a business as large and complicated as Trump’s. President Obama received book royalties for two titles published before he took office ... In August, NBC Entertainment Chairman Robert Greenblatt told reporters that Trump would never again host the show, even if he lost the presidential election.

“I have no idea if he’s got a future on television, but he would never be back on ‘The Celebrity Apprentice,’ ” Greenblatt said then. “Not as long as I’m here.”

But the show executive producer credits and payments are handed out by MGM, not NBC, which merely licenses the show. An NBC spokeswoman declined to comment.

In short, Donald Trump would retain a producing credit on Celebrity Apprentice as of January 2017. The credit involved no direct work on the program, but would likely generate a profit, but as many pointed out, several presidents received royalties or residuals for projects which they worked on before their election. Although Trump will be credited for his role in the show, he will not star in or be involved with its production.