Was Donald Trump Never Accused of Racism Before Running Against Democrats?

Plenty of race-related complaints and issues were attached to Donald Trump well before he began his 2016 presidential campaign. 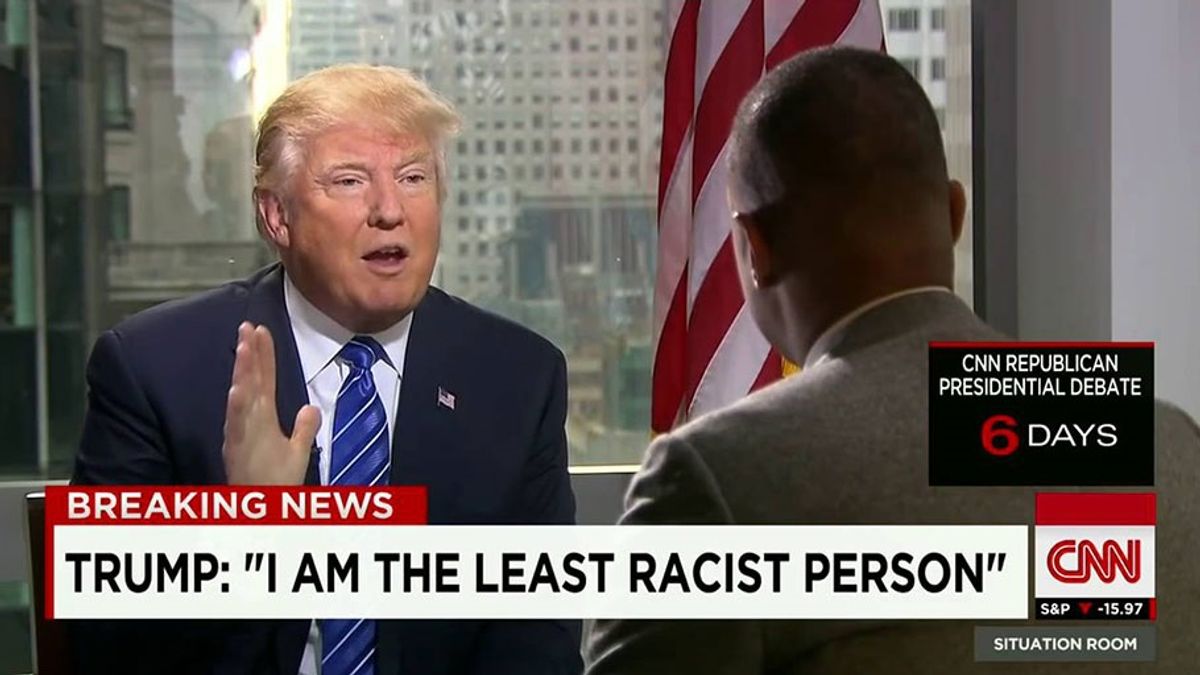 Claim:
Donald Trump was never accused of racism before he ran for president in 2016.
Rating:

A meme featuring several images of Donald Trump posing with prominent African-Americans was widely circulated on Facebook in May 2016, along with the claim that the real estate mogul was "never once accused of being racist by anyone" until he entered the 2016 presidential campaign as a Republican -- implying that Trump was falsely being accused of racism by opponents purely for the purpose of scoring political points: However, Donald Trump was accused of racism long before he announced that he was running for president. According to the New York Times, one of Trump's first newspaper appearances was in 1973, when the Trump Management Corporation was sued by the Department of Justice and charged for violating the Fair Housing Act of 1968:

“The government contended that Trump Management had refused to rent or negotiate rentals ‘because of race and color,’ ” The Times reported. “It also charged that the company had required different rental terms and conditions because of race and that it had misrepresented to blacks that apartments were not available.”

Trump was also accused of racism in 1989, when he took out full page ads calling for the return of the death penalty in several New York City newspapers. The ads were published a few weeks after a 28-year-old woman was raped while jogging in Central Park. Five men were arrested for the attack:

“They should be forced to suffer and, when they kill, they should be executed for their crimes. I want to hate these murderers and I always will.”

The incident stirred racial tensions in the city, with many accusing Trump of adding fuel to the fire. When evidence surfaced in 2002 that would eventually lead to the exoneration of the five men who were charged with rape, protesters criticized Trump for his racially charged rhetoric:

On May 1, 1989, Donald J. Trump took out full-page advertisements in four New York newspapers calling for the return of the death penalty. Mr. Trump said he wanted the ''criminals of every age'' who were accused of beating and raping a jogger in Central Park 12 days earlier ''to be afraid.''

Thirteen years later, as new evidence raises the possibility that the five teenagers convicted in the attack had nothing to do with it, their supporters are focusing some of their fiercest anger at Mr. Trump.

"Trump is a chump!" protesters shouted during a recent demonstration, accusing Mr. Trump of, at least, further inflaming passions and perhaps tainting the defendants' future jurors. Some called him a racist. Supporters of the Central Park defendants have demanded an apology.

A book written by one of Donald Trump's former casino executives accuses Trump of calling his biggest gamblers "slobs," of making racial slurs against black people and of being largely ignorant about the casino business.

O'Donnell described a dinner conversation with Trump in which, he writes, they discussed Trump Plaza's financial executive, who was black. He quoted Trump as saying he never liked the man and believed he was not doing a good job. Trump's conversation is recounted:

"And isn't it funny. I've got black accountants at Trump Castle and Trump Plaza. Black guys counting my money! I hate it. The only kind of people I want counting my money are short guys that wear yarmulkes every day. . . . I think the guy is lazy. And it's probably not his fault because laziness is a trait in blacks. It really is, I believe that. It's not anything they can control."

The real estate mogul was also accused of making racist remarks when he testified before the House Native American Affairs Subcommittee in 1993:

"They don't look like Indians to me and they don't look like Indians to Indians," said Donald Trump in words which led to immediate accusations of racism and bigotry. Mr Trump was attacking the tiny tribe of Mashantucket Pequot Indians in Connecticut whose casino, with profits of $1 million dollars a day, has just outgrown his own casinos in Atlantic City to become the largest in the United States.

He said: 'It will be the biggest scandal since Al Capone and it will destroy the gambling industry' if the Pequots and members of the 515 other Indian tribes in the US continue to exploit their status as sovereign nations to start casino gambling. Mr Trump, speaking to a Congressional committee, added: 'It's obvious that organised crime is rampant on the Indian reservations.'

The FBI immediately denied that it had any evidence that the mob was moving into gambling on the reservations. In Connecticut the Governor, Lowell Weicker, who signed the deal whereby the Pequots give $113 million a year to his state, sprang to the tribe's defence earlier this month, saying he objected more to Mr Trump than he did to casinos. In a rich exchange of insults he said he had come to a 'fast conclusion that we don't need that dirtbag in Connecticut'.

Mr Trump, denying he had meant to cast a slur on American Indians, said the Governor was 'a fat slob who couldn't get elected dog-catcher in Connecticut'. Mr Weicker admitted that he might have been a little tough in his language but then added: 'I can lose weight a lot faster than a bigot can lose bigotry.'

In 1992, Trump lost an appeal to overturn a $200,000 penalty for removing black dealers from gaming tables at the request of high rollers, and in 1996 twenty African-Americans in Indiana sued Trump, accusing him of reneging on a promise that he would hire largely minorities for his riverboat casino staff.

This isn't a comprehensive list of all the times Donald Trump has been tied to racially charged incidents, nor is it proof that Donald Trump currently harbors racist ideals. The viral meme which circulated in May 2016 claimed that Trump had never been accused of racism before he decided to run against Democrats, and that claim is blatantly false. Trump has been accused of racism by former employees, protesters, committee members, and he has also been the subject of legal action involving anti-discrimination laws.