Donald Trump's January 2017 assertion that his next campaign slogan would be 'Keep America Great' drew comparisons to a 'Purge' film. 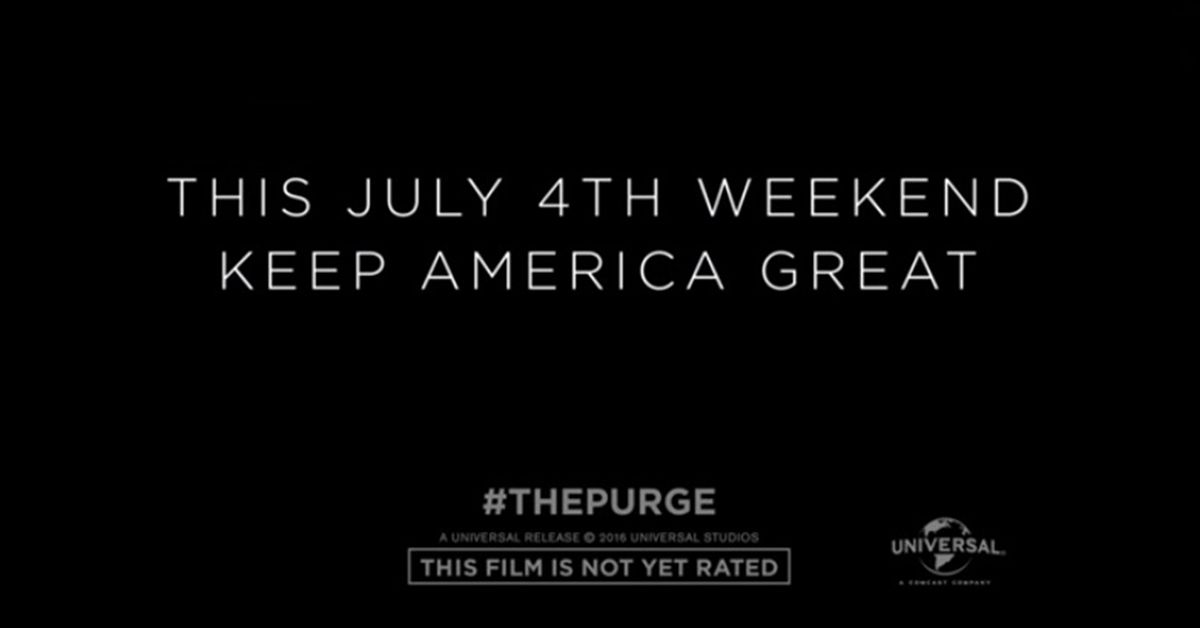 Halfway through his interview with The Washington Post, Trump shared a bit of news: He already has decided on his slogan for a reelection bid in 2020.

“Are you ready?” he said. “ ‘Keep America Great,’ exclamation point.”

“Get me my lawyer!” the president-elect shouted.

“Got it,” the lawyer replied.

That bit of business out of the way, Trump returned to the interview.

Many social media users who spotted this tidbit pointed out that the phrase had already been prominently used back in 2016 as part of the marketing for The Purge: Election Year, an installment of the dystopian Purge film series.

Back on 25 February 2016, CinemaBlend reported on the then-upcoming film and noted its obvious nod to Donald Trump's presidential campaign:

You’d also have to be blind to not see how the team behind The Purge: Election Year is taking shots at Donald Trump’s political campaign. Trump’s motto through his campaign has been "make America great again", even putting it on snazzy baseball caps. And now the message of this fake pro-purge spot is "keep America great". While Donald Trump will presumably not pass a legalized murder act if elected President, surely the team behind The Purge must not think too highly of the Republican frontrunner since they’ve created such a similar slogan.

The slogan was visible at the end of a trailer for the film published on YouTube on 25 February 2016:

In the context of the original Washington Post article, it appeared Trump's idea to use "Keep America Great" was an in-the-moment inspiration without his awareness of its associations with a recent horror film release, making the slogan an unlikely choice should President Trump opt to seek re-election in 2020.