Donald Trump Protester Speaks Out: “I Was Paid $3,500 to Protest Trump’s Rally”

Fake news reports that a man came forward and claimed he had been paid to protest at a Donald Trump rally. 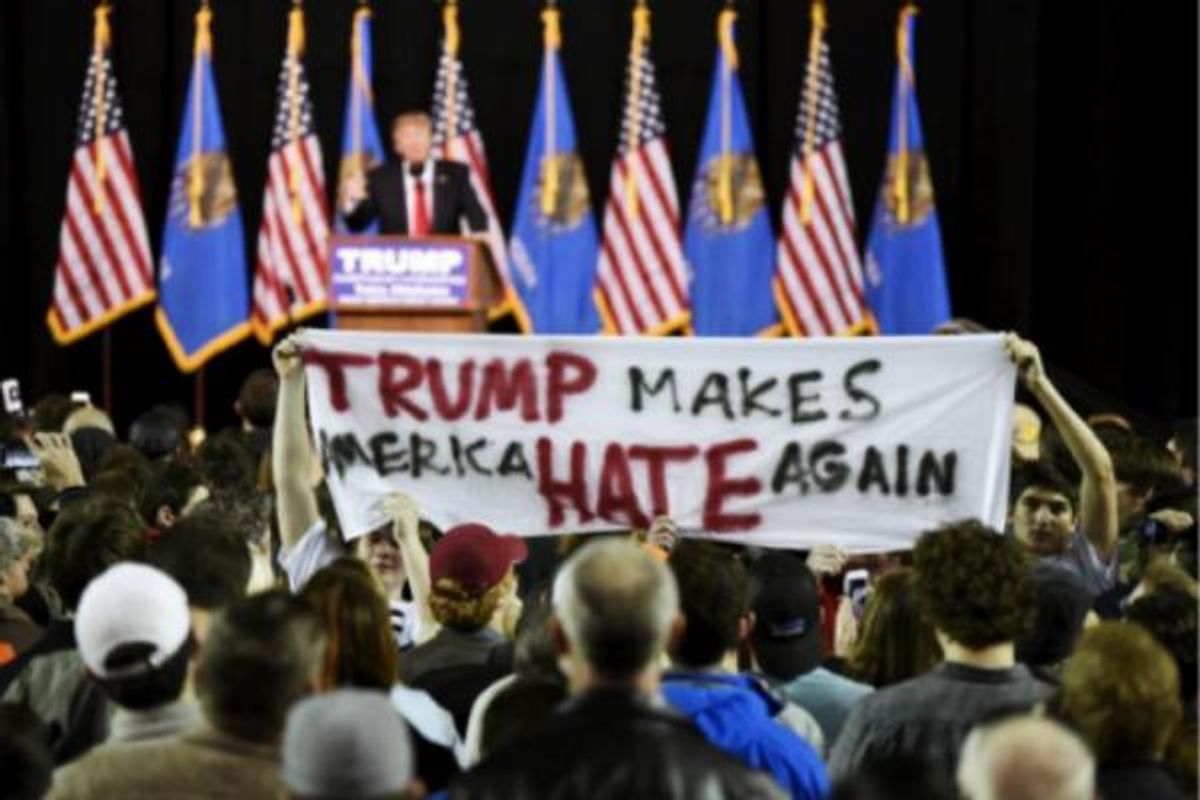 Claim:
A man came forward and claimed he had been paid $3,500 to protest at a Donald Trump rally.
Rating:

In June 2016, social media users began spreading a report that a man had came forward and confessed to the news media that responded to a Craigslist ad and was paid $3,500 to protest at a March 2016 Donald Trump political rally in Arizona:

For months now, rumors have circulated the Internet that individuals were being paid to protest at rallies held by presidential hopeful Donald Trump. Today a man from Trump’s rally in Fountain Hills, Arizona back in March has come forward to say that he was paid to protest the event.

“I was given $3,500 to protest Donald Trump’s rally in Fountain Hills,” said the 37-year-old man, who asked not to be identified due to his reputation for telling lies for profit. “I answered a Craigslist ad about a group needing actors for a political event. I interviewed with them and got the part.”

There was no truth to this rumor, however. It was just a bit of fiction apparently originating with one of the many malware-spreading, clickbait fake news sites that illegally appropriate the trademarks of legitimate news organizations in order to drive traffic and thereby generate advertising revenues. One such site carries a disclaimer reading:

If you are reading this, you've been duped yet again by one of my unimaginative, unfunny fake "news" stories. More money for me, you stupid idiot. Ha, ha!