Donald Trump Praises Colonel Sanders for His Service in the Civil War? 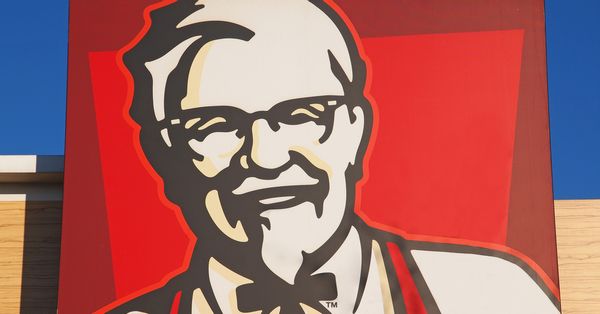 Claim:
President Trump praised KFC founder Colonel Sanders, who wasn't born until 1890, for his service during the Civil War.
Rating:

On 2 May 2017, an article containing the claim that President Trump had hailed KFC founder Colonel Harland Sanders as a Civil War "hero" appeared on the web site The Red Schtick:

Speaking to our intern Dave Robicheaux, who is paid in Facebook likes, Trump insisted Col. Harland Sanders, whom he called a “tremendous Civil War hero,” once saved an entire army at Valley Forge from certain starvation. Trump, a noted fan of Kentucky Fried Chicken, explained how Col. Sanders took five loaves of Evangeline Maid bread and two chickens, added his secret blend of 11 herbs and spices, and turned these humble ingredients into delicious meals that lasted an entire winter.

As the same article pointed out, however, Harland Sanders wasn't born until 1890, 25 years after the Civil War ended, nor was Valley Forge, Pennsylvania the site of a battle or encampment during that war. President Trump allegedly became angry when he was informed of this:

Upon being confronted with these facts, The Donald abruptly ended his interview with us, and he was last seen headed for a Confederate monument removal protest in New Orleans while screaming about fake news.

Nothing of the sort actually happened, of course. The Red Schtick, which describes itself as "a bold and engaging source of satire and irreverent humor," is not a real news site. The article was meant to satirize a misstatement by Trump to the effect that President Andrew Jackson, who died 16 years before the Civil War took place, could have "worked out" a solution to prevent it.