It might happen someday, but it hasn't happened yet. 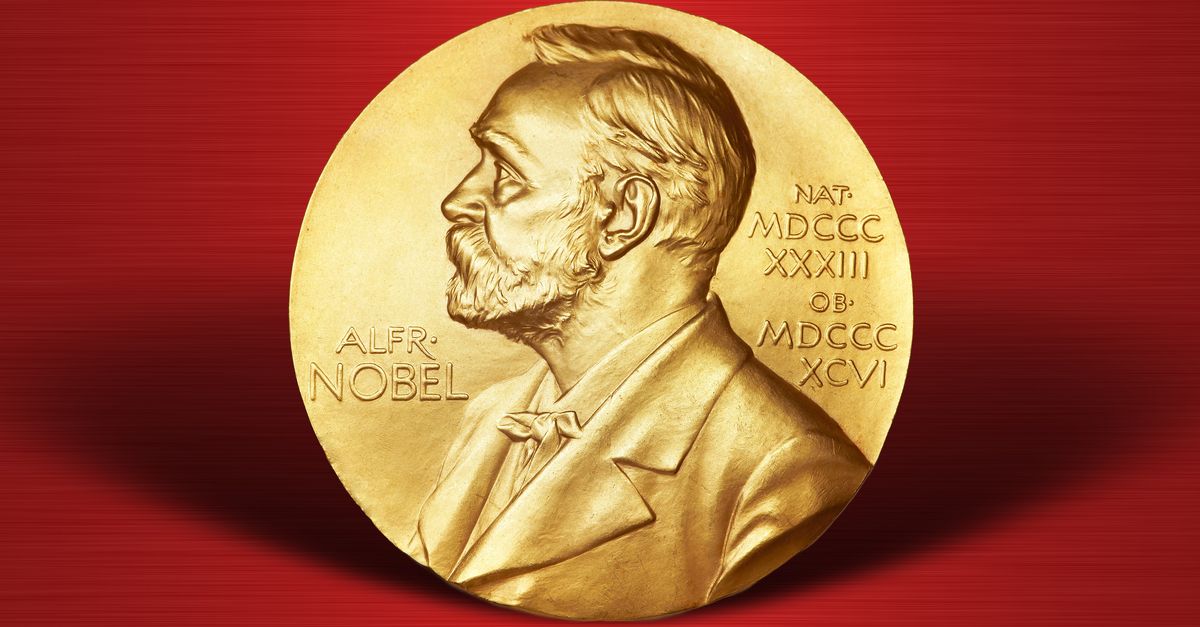 On 3 May 2018, the Daily World Update web site published an article reporting that U.S. President Donald Trump had been awarded the 2018 Nobel Peace Prize:

The voting for the 2018 Nobel Peace Prize has ended, according to our source inside CERN in Norway. It took just an hour for the voting to make its way around the famous “Circle of Nobels” with a clear majority for US President Donald Trump. Nobel Society Laureate Coordinator Art Tubolls told BBC-14A.

There was no truth to this report. Although a group of President Trump's Republican supporters in the U.S. House of Representatives sent a letter to the Norwegian Nobel Committee in May 2018 nominating the President for a Nobel Peace Prize, that organization has neither voted on nor announced their 2018 selection.

The selections and announcements of the Nobel Laureates and the Laureates in Economic Sciences for a given year typically occurs towards the end of the year, usually from mid-September to early October. The final selection of a Nobel Peace Prize candidate would not be concluding as early as the beginning of May.