Is This a Real Photo of Trump with No Wig or Makeup?

Who knows what GOP presidential candidate Donald Trump's head looks like in its unprepped state? 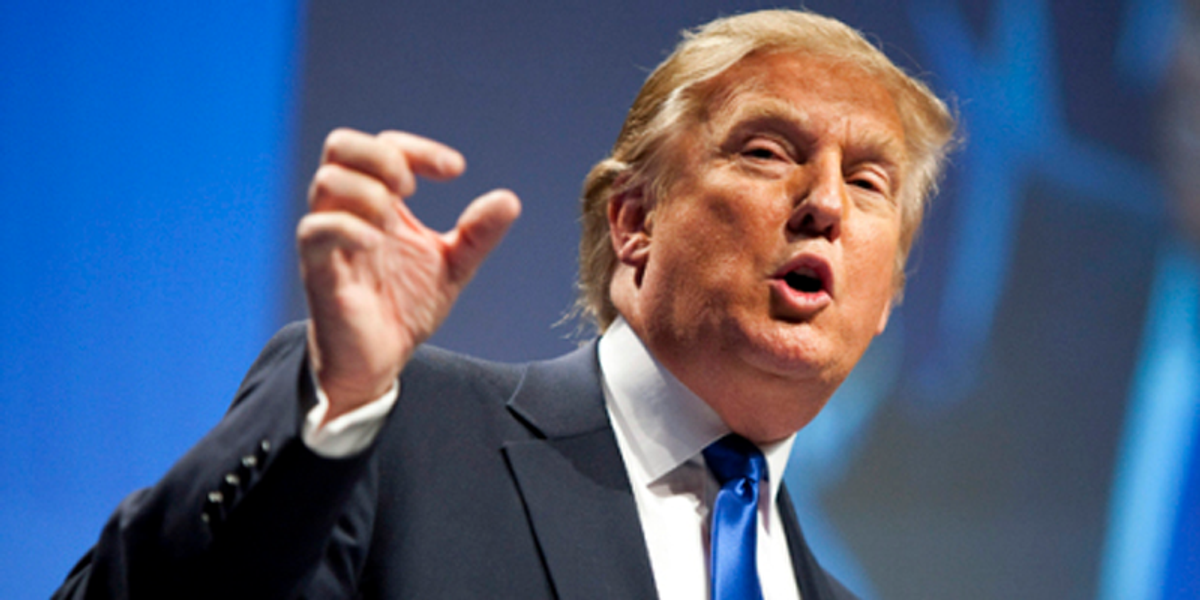 Speculation has run rampant in recent years about just what's going on outside (as well as inside) the head of business magnate and Republican presidential candidate Donald Trump. Is his trademark coiffure an elaborate comb-over, hair plugs, a weave, a hairpiece, or some combination thereof? And why does he often appear tan to the point of being orange — is that coloration due to a spray-on tan, makeup, or just unusual skin coloration?

An image showing Donald Trump without his signature hairpiece and makeup outside his lavish estate have surfaced on social media.

Sources close to the Trump campaign report staffers are not sure who took and leaked the picture. The "leaked" photograph displayed above seemingly answers some of those questions, showing that Trump without a wig or makeup is ... just another bald and pale senior citizen with a few wisps of white hair remaining on the top and sides of his pate and a "You kids get off my lawn!" look to his countenance.

The image is just a digital creation, however, one that originated with on the Liberal Darkness web site, publisher of such political spoofs as "Donald Trump Holds Unique Cheetos Contest to Help Find Running Mate" and "Gays Luring Pokémon Go Players into Homosexual Gyms."