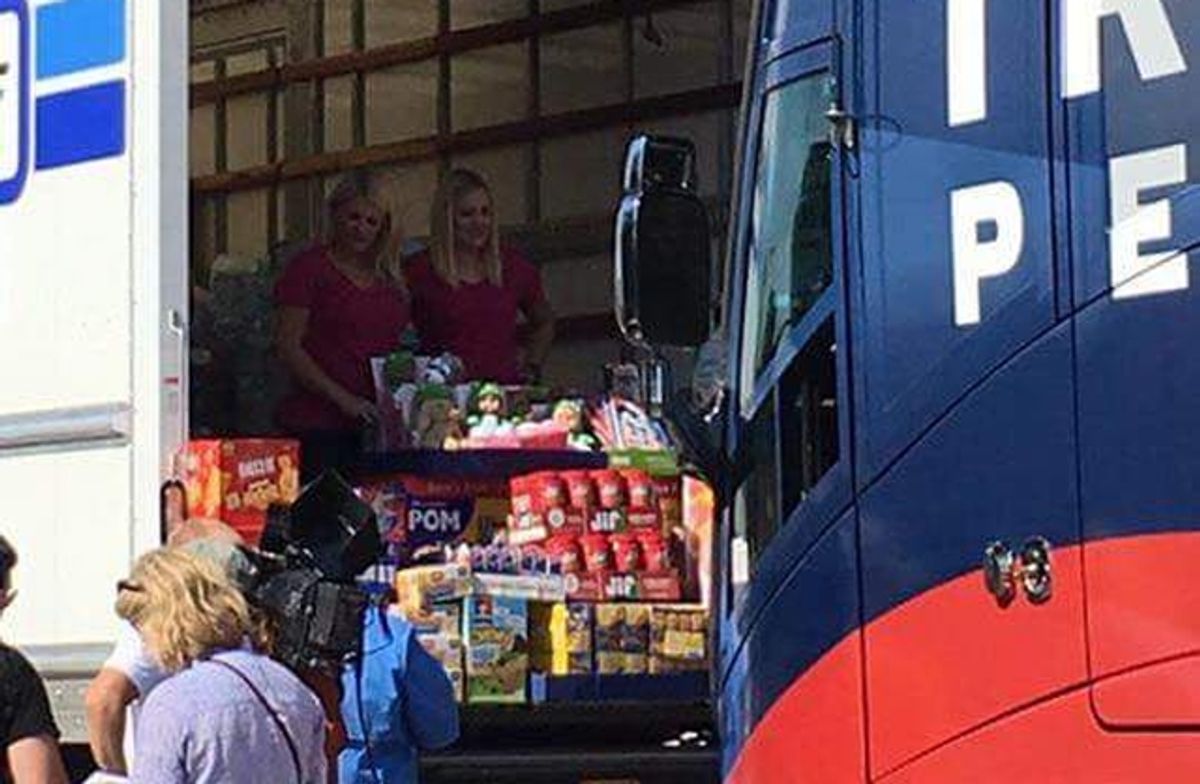 From late September through early October 2016, Hurricane Matthew cut a devastating path northward from the Caribbean to the southeastern United States, leaving more than a thousand dead and billions of dollars in property damage in its wake. In North Carolina, Matthew's last point of contact with land before dissipating in the Atlantic on 9 October, at least 26 people were known dead and some communities in the western part of the state were still"effectively underwater" a week later, according to Reuters.

On 14 October 2016, posts went viral on Facebook and Twitter carrying the news that GOP presidential candidate Donald Trump had delivered $29,000 worth of emergency food and supplies to residents in Lumberton, NC and other nearby towns stricken by the hurricane:

Apart from the implication that Donald Trump himself was present for the deliveries (he wasn't), the social media reports were accurate. Led by daughter-in-law (wife of Eric Trump) Lara, a Trump/Pence campaign offshoot called the Women's Empowerment Tour spent two days delivering emergency supplies to Lumberton, Fayetteville, and Greenville, North Carolina in mid-October. Campaign spokesman Mark Serrano told the Fayetteville Observer that Donald Trump donated $29,000 worth of food and supplies for the effort.

The GOP nominee tweeted a short video about the hurricane relief mission on 14 October:

Lara Trump, a North Carolina native, credited the candidate with diverting her group from the campaign trail and sending them to the devastated region. She told the Fayetteville Observer:

My father-in-law said, you take a break and go down and help them out. We really want to bring whatever relief we can.