Does Donald Trump Have Klinefelter Syndrome?

Based on a 'YXX' notation on his Selective Service record, the Internet has theorized that Donald Trump suffers from Klinefelter Syndrome — a genetic condition in which a male is born with an extra X chromosome. 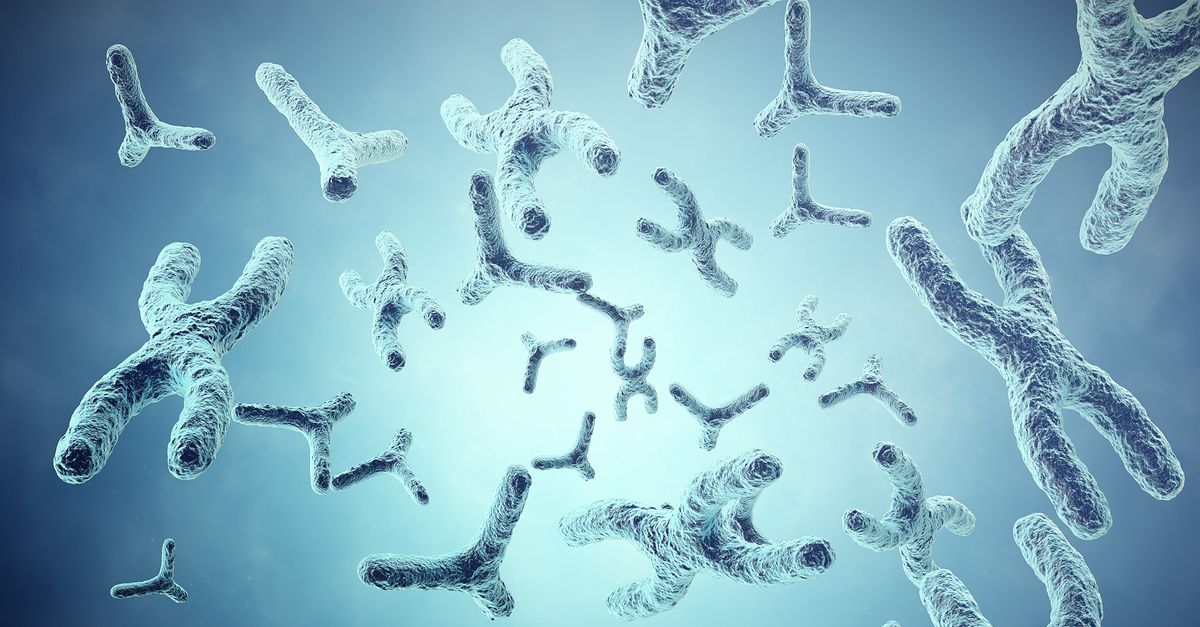 In April 2011, online rumors surfaced to the effect that billionaire real estate mogul Donald Trump (who was already being spoken of as a potential presidential contender) might be suffering from a genetic disorder known as Klinefelter syndrome.

According to the National Institutes of Health:

Testosterone is the hormone that directs male sexual development before birth and during puberty. A shortage of testosterone can lead to delayed or incomplete puberty, breast enlargement (gynecomastia), reduced facial and body hair, and an inability to have biological children (infertility). Some affected individuals also have genital differences including undescended testes (cryptorchidism), the opening of the urethra on the underside of the penis (hypospadias), or an unusually small penis (micropenis).

Older children and adults with Klinefelter syndrome tend to be taller than their peers. Compared with unaffected men, adults with Klinefelter syndrome have an increased risk of developing breast cancer and a chronic inflammatory disease called systemic lupus erythematosus. Their chance of developing these disorders is similar to that of women in the general population.

Children with Klinefelter syndrome may have learning disabilities and delayed speech and language development. They tend to be quiet, sensitive, and unassertive, but personality characteristics vary among affected individuals.

Based on that symptom list, Donald Trump would hardly seem to be a prima facie candidate for an XXY diagnosis. At six-foot-three, he's taller than most men, but Trump is the opposite of infertile (having five children), displays no obvious cognitive disabilities (indeed, he succeeded in being elected to the presidency of the United States), and is anything but quiet, sensitive, and unassertive.

However, the case for Donald Trump allegedly suffering from Klinefelter syndrome is not based on observable symptoms, but rather on an obscure, handwritten "YXX" notation found on Trump's 1968 Selective Service record, which was released by TheSmokingGun.com in 2011: Despite the fact that the chromosomal anomaly associated with Klinefelter is usually expressed in the medical literature as "XXY," partisan bloggers such as Darryl Holman of Horse's Ass chose to interpret the "YXX" entry on Trump's draft record as evidence that Trump may have the syndrome:

What caught my attention was the line labeled “Entries from Remarks Column” that says, simply, “YXX”.

Among other things, the syndrome increases ones risk of attention deficient hyperactivity disorder, autoimmune disorders, depression, and learning disabilities (including dyslexia).

So, while I cannot be certain the “YXX” note really means Trump was disqualified because he suffers a chromosomal disorder, it would explain the medical disqualification. And his lousy memory!

And the only way to know for sure is for Trump to — you got it — release his medical records. Otherwise, we will never know whether the Republican’s latest star candidate has a chromosomal disease....

While we suspect Mr. Holman was not entirely serious in speculating about Trump's chromosomal health, repetition is golden when it comes propagating rumors, and Holman was aided and abetted by his colleague David "Goldy" Goldstein, who rehashed it in a column in The Stranger:

A chromosomal disorder of this type could explain both Trump's bizarre behavior and his faulty memory surrounding his selective service records. But of course the only way voters can know for sure is if he releases his medical records including a complete karyogram [photographic representation] of his chromosomal pairs. You'd think Trump of all people wouldn't want there to be any confusion over the circumstances of his birth.

Some rumors, instead of going viral, simply fester (sometimes for years), and that proved to be the case with the claim that Donald Trump has Klinefelter syndrome. It didn't come up during the 2016 presidential campaign (amazingly, given how popular fraudulent medical diagnoses were at the time), but it did resurface amidst the post-election scramble to dig up dirt on the President-elect, in the form of a handy web graphic: Once again, however, despite an exhaustive listing of Klinefelter symptoms, few actually seem to apply to Donald Trump, so the main point of evidence remains the "YXX" notation on his Selective Service record. Is it plausible to suppose that "YXX" designates a chromosomal abnormality on his part? Absolutely not. Genetic testing was never a part of a standard military pre-induction physical exam. Moreover, the three-letter code has a standard meaning in Selective Service records, as noted in Trump's own Selective Service classification history:

Remarks Column: "yxx" — these symbols indicate the registrant's physical, mental and administrative qualifications, in that sequence. A symbol with the letter "y" appearing in one of the three elements indicates that the registrant may be acceptable for service in the Armed Forces only in time of war or national emergency declared by Congress. Vietnam was not a declared war or national emergency by Congress. We have no record which provides the specific reason the registrant was found conditionally acceptable for service.

All Selective Service registrants received what was called an "X-Y-Z evaluation," which was used by the local draft board to determine their classification (another famous registrant, rock star Ted Nugent, was also given a "YXX" rating, according to TheSmokingGun.com). After receiving several student deferments between 1964 and 1968, Donald Trump was ultimately classified 1-Y (qualified for service only in time of war or national emergency) for medical reasons (specifically, bone spurs in both heels, according to a 2015 statement from his presidential campaign).

A 2015 statement by Trump's physician listed no genetic abnormalities, noting that he was in "excellent physical health" overall. Given, then, that it was prompted by the misinterpretation of an entry on his Selective Service record, that it is not supported by actual medical records or a physician's diagnosis, and that Trump appears to exhibit few, if any, outward signs of the condition, we find the suggestion that he suffers from Klinefelter syndrome unfounded and more than a little absurd.