Donald Trump's son said that the family's greenskeeper missed his own sister's wedding in order to work for the Trumps. 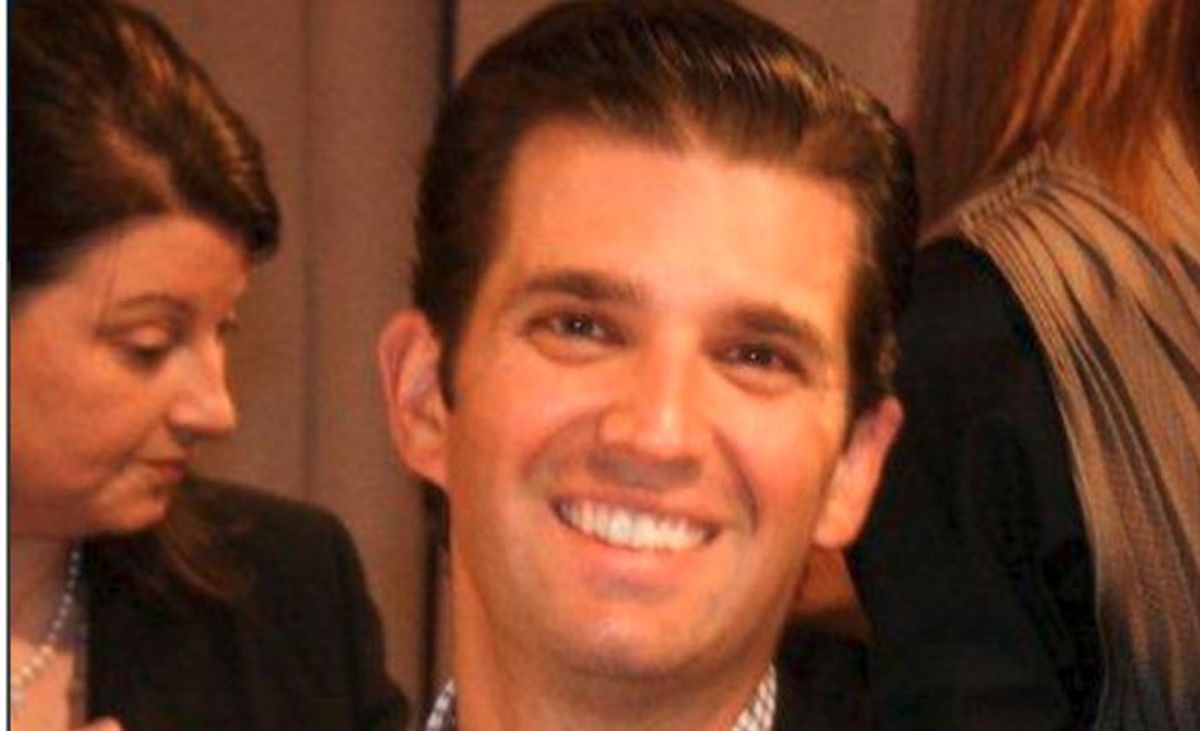 Claim:
Donald Trump Jr. tweeted that the family's greenskeeper missed his own sister's wedding in order to work for the Trumps.
Rating:

Back in June 2012, Donald Trump Jr. tweeted that the family's greenskeeper, in a display of supreme loyalty to his employers, had missed his own sister's wedding in order to work for the Trumps:

At dinner w our greenskeeper who missed his sister's wedding 2 work (luv loyalty 2 us) "No big deal hopefully she'll have another someday";)

The tweet lay dormant for several years until 19 July 2016, when Trump Jr. spoke in support of his father, Republican presidential candidate Donald Trump. As the younger Trump received praise and some accusations of plagiarism for his speech, someone found and began circulating the old tweet, which quickly picked up steam on social media.

Whether Trump Jr. was describing an actual event or was attempting to make a joke is not known.  The tweet itself, however, is real.