Even Donald Trump didn't say that Jesus Christ was a ‘socialist loser’ because He used to feed the poor and heal the sick. 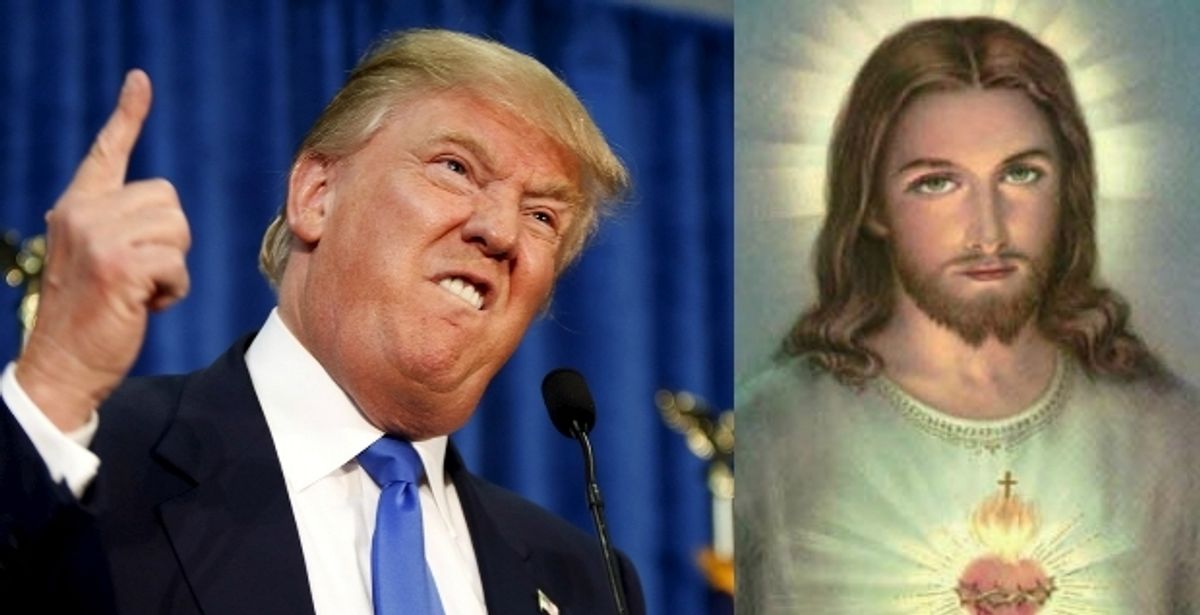 FACT CHECK:   Did Donald Trump refer to Jesus as a 'socialist loser'?

Claim:   Donald Trump said that Jesus was a "socialist loser."

Origins:    On 11 August 2015, the humor web site The Good Lord Above published an article reporting that business magnate and Republican presidential candidate Donald Trump had called Jesus a "socialist loser":

Donald Trump said Tuesday that Jesus Christ was a 'socialist loser' because he used to feed the poor and heal the sick.

Then Trump — the Republican presidential contender who has captured the hearts and minds of at least 20% of the nation's Republicans — vowed:

"Believe me, Trump would never help the poor."

"I would never give away medicine for free. Jesus was weak. Let me tell you something, Jesus is not god. He's god because he was crucified. I like gods that weren't crucified."

Donald Trump never said anything like the above. The article published by The Good Lord Above is merely a spoof mocking some of Trump's previous grandiose and pejorative comments, such as his criticism of Senator John McCain's war hero status:

"He's not a war hero. He's a war hero because he was captured. I like people who weren’t captured."

The Good Lord Above is a humor web site that purports to publish articles written from God's perspective. Previous articles include "After 2000 Years of Silence, God Launches New Website" and "GOD: I'm finally off drugs and it feels good."

While the web site does not include a readily available disclaimer, the site's Facebook page makes it clear that all articles published on The Good Lord Above are humorous in nature:

God made the world. Then he flooded it. Then God went to sleep for about 2000 years. Anyway, eventually God woke up and felt pretty bad for what he'd done in the past. In 2011, after years of therapy, God started this Holy and Divine God Facebook Page to restore his good name.