In 2013, Donald Trump extended his best wishes to 'haters and losers' via Twitter on the anniversary of 9/11. 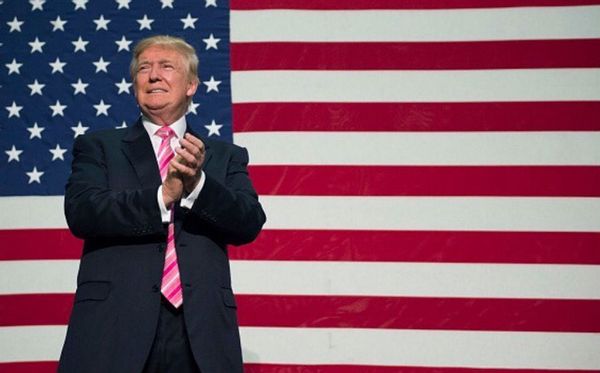 Claim:
In 2013, Donald Trump extended his best wishes to all, even the "haters and losers," via Twitter on the anniversary of 9/11.
Rating:

On 11 September 2016, an image purportedly showing a tweet posted by Republican presidential nominee Donald Trump three years earlier, in which he extended his best wishes to everyone &mdash even "haters and losers" — on the anniversary of 9/11 was recirculated online This message was posted to Trump's Twitter account on 11 September 2013 and was available until two years later, when Trump, who was a leading contender among Republican presidential candidates at the time, finally deleted the tweet prior to the 2015 anniversary of the 9/11 attacks:

Two years ago, Donald Trump's Twitter account sent a public message out to the world to "even the haters and losers" — on September 11, the twelve-year anniversary of the terrorist attacks on the World Trade Center.

Trump's tweet read: "I would like to extend my best wishes to all, even the haters and losers, on this special date, September 11th."

But with Trump currently leading the pack of Republican presidential candidates, the original tweet from the morning of September 11, 2013 vanished from his account.

Although it is no longer available in Trump's current Twitter feed, the tweet was mentioned in contemporaneous news reports, and Trump spokeswoman Hope Hicks also confirmed that the message was authentic to Politico shortly after it was deleted in 2015:

"The tweet is from several years ago," Trump spokeswoman Hope Hicks said, when reached by POLITICO for explanation.

Furthermore, while the original tweet has been deleted, Trump retweeted his "haters and losers" message, and that retweet is still viewable in his Twitter timeline:

“@realDonaldTrump: I would like to extend my best wishes to all, even the haters and losers, on this special date, September 11th.”

Trump frequently mentions the "haters and losers" on Twitter, and he has used the term during celebratory messages for holidays such as Easter, Memorial Day, Father's Day and the Fourth of July: