Did Trump Promote Goya Foods from the Oval Office? 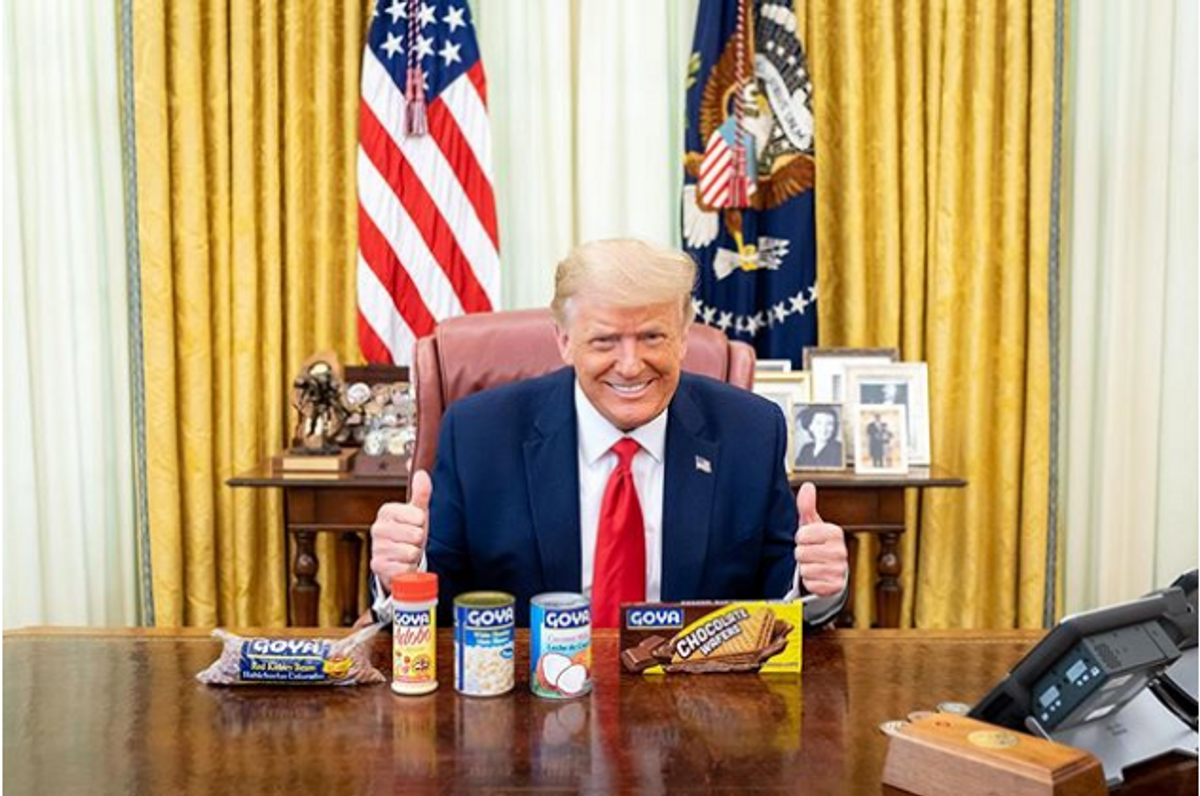 U.S. President Donald Trump posed for a picture in the Oval Office with a number of Goya products, and the photograph was posted to his verified Instagram account on July 15, 2020.

The image was apparently surreal enough to prompt readers to ask whether it was real, and it is. It's currently visible on Trump's Instagram page.

The post on Trump's account, and a similar one posted on his eldest daughter and adviser Ivanka's Twitter account, reflects a recent internet dust-up over the brand Goya. On July 9, 2020, Goya CEO Robert Unanue appeared at the White House and praised the president. This resulted in Trump’s critics calling to boycott the Goya brand and an inevitable push by his supporters to buy Goya products.

President Trump and Ivanka's bean posts also earned criticism from government ethics experts, who said that the product plugging violated anti-corruption rules. "As a pictorial representation of the Trump administration’s war on government ethics, both photos are perfectly clear," wrote Walter Shaub, the former director of the U.S. Office of Governmental Ethics. "They scream 'the rules don’t apply to us,' a central message of the Trump administration from the start."

Ocasio-Cortez's post, translated into English, reads, "If it's Trump, it has to be corrupt."

Taylor, Kate. "Goya Foods Faces Boycott Threats After CEO Says the US Is 'Truly Blessed' to Have Trump as President."   Business Insider. 10 July 2020.