Is This President Trump at the Golf Course?

An unflattering image that sparked discussion over Trump's relative health and fitness was digitally manipulated. 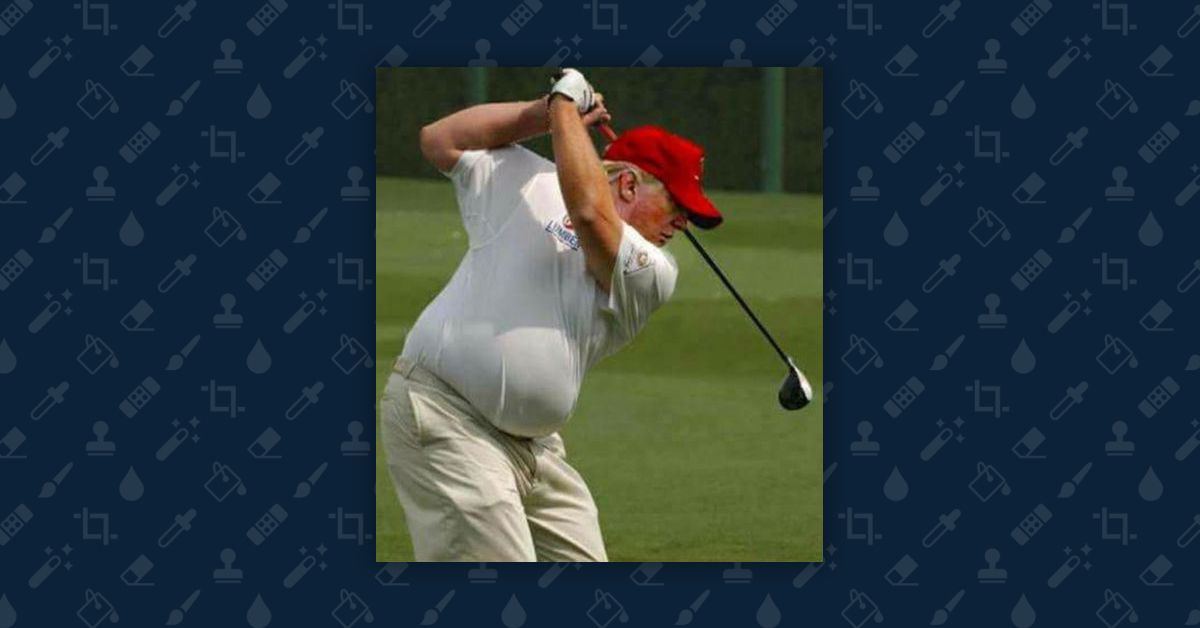 Claim:
An unflattering photograph shows President Trump playing a round of golf.
Rating:

In May 2017, an image purportedly showing an unflattering view of Donald Trump as he was swinging a golf club circulated on social media, along with a slew of comments about the President's physique and health: The image was further legitimized by a story published by The New Yorker, in which a juicy little detail — that Trump apparently considers exercise "misguided" — quickly made the national news rounds:

There has been considerable speculation about Trump’s physical and mental health, in part because few facts are known. During the campaign, his staff reported that he was six feet three inches tall and weighed two hundred and thirty-six pounds, which is considered overweight but not obese. His personal physician, Harold N. Bornstein, issued brief, celebratory statements—Trump’s lab-test results were “astonishingly excellent”—mentioning little more than a daily dose of aspirin and a statin. Trump himself says that he is “not a big sleeper” (“I like three hours, four hours”) and professes a fondness for steak and McDonald’s. Other than golf, he considers exercise misguided, arguing that a person, like a battery, is born with a finite amount of energy.

President Trump has spent a significant amount of time on golf courses during his first few months in office, but this image is not a legitimate photograph of him. It was created by digitally inserting a picture of Donald Trump's face onto an image of professional golfer and Trump supporter John Daly: There are hundreds of photographs of Trump golfing online, which naturally means that doctored pictures spring up in their wake, such as this one, or the image purportedly showing Trump with a brown stain down the back of his pants.