A fake news article reported that Donald Trump's ex-wives had disclosed he pressured them into undergoing unwanted abortions. 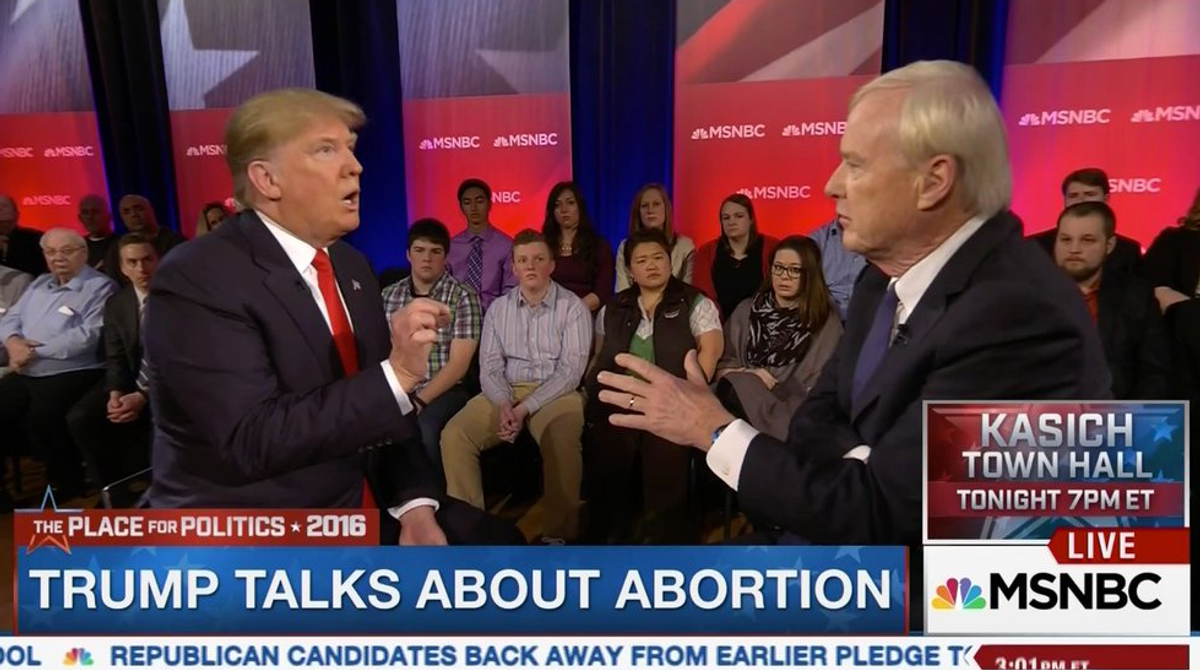 Claim:
Donald Trump ex-wives admitted that the Republican Presidential candidate forced them to have abortions.
Rating:

On 8 August 2015, the web site Internet Chronicle published an article reporting that Donald Trump's ex-wives had disclosed the Republican presidential candidate had pressured them into undergoing unwanted abortions:

Saturday, Donald Trump's ex-wives came forward with shocking stories of the bombastic Republican presidential candidate's multiple abortions, alleging he coerced them into aborting when they wanted to keep their babies.

Trump’s first wife, Ivana, told reporters, "He was obsessed with having unprotected sex with me at all moments of the day, and I got pregnant ten times during our marriage. The first time he just scowled and said 'you're getting an abortion' even though I wanted to keep the baby. I had no choice at all. He wouldn't even pull out."

Amidst tears, Ivana explained her reason for coming forward, “I knew I had to say something when Donald was on TV saying his views on abortion had evolved because he knew a man who was not aborted. That man is his own son, who he wanted to abort so badly that he gave me a black eye. But I kept three of my babies, mostly by lying to him, and he resented it so much he left me for Marla.”

This article didn't garner much attention when it was first published in August 2015, but when a major controversy was triggered by Trump's remarking that women should face "some sort of punishment" for having abortions (if the procedure were illegal) when MSNBC interviewer Chris Matthews posed a hypothetical question to him (a comment Trump tried to dial back), the Internet Chronicle article began circulating anew and much more widely.

Sadly, chronicle.su is not of this earth. After crash landing in an asteroid December 30th, 1976, the alien husks of Chronicle editors rapidly adapted to Earth climates and bacterial flora. They are able to survive naturally in the wild and reproduce freely.

Receiving tweets twice daily via fax from religious advisers impregnates our right-wing furnace of hate, enabling us to bring you the most horrifyingly sensational headlines you’ve ever seen, or your money back — guaranteed!