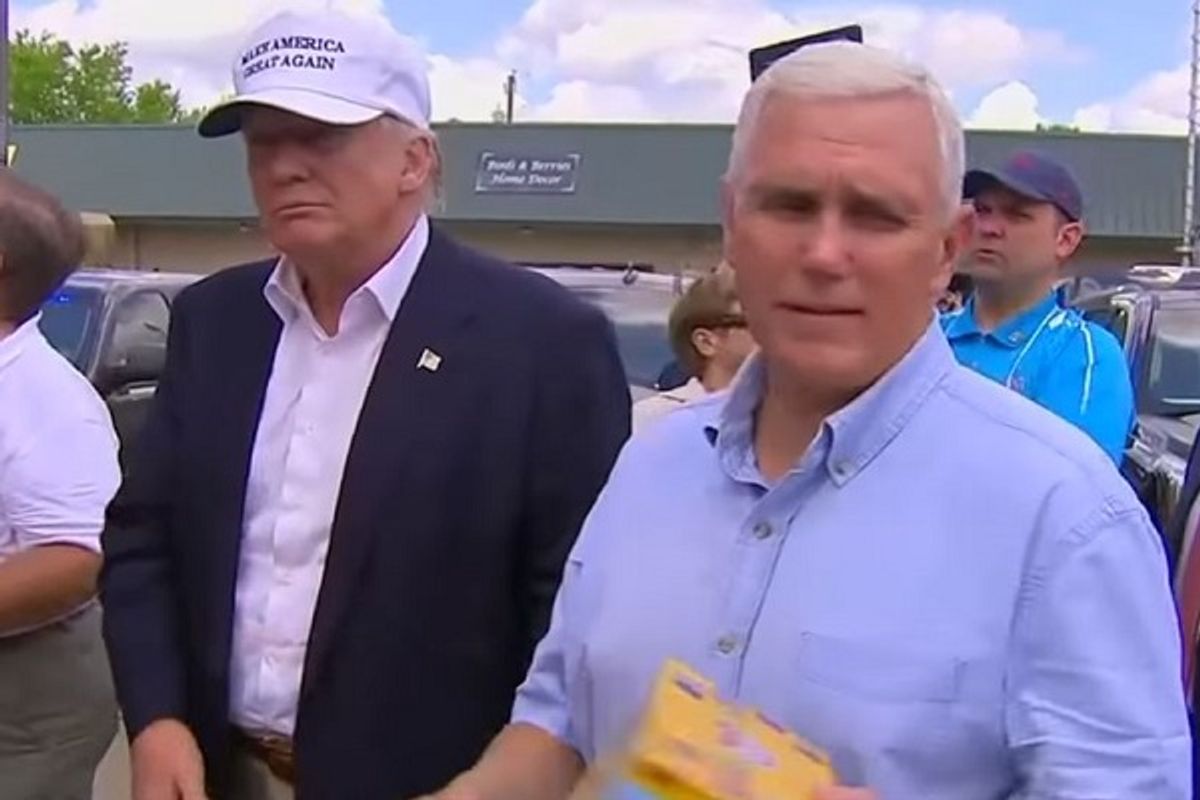 There is no confirmation that Donald Trump gave money directly to Tony Perkins or the Family Research Council.

On 20 August 2016, CNN reporter Ashley Killough tweeted that Republican presidential nominee Donald Trump had made a $100,000 donation to a Baptist church in Louisiana for its flood relief efforts.

The church, Greenwell Springs Baptist Church, is working to coordinate volunteers and help victims of the August 2016 catastrophic floods caused by prolonged rainfall. Tony Perkins, who is president of the Family Research Council (FRC), an anti-gay lobbying group, is serving as the interim pastor of that church.

Some web sites, including the LGBT-oriented publication The Advocate and the New Civil Rights Movement, linked Trump's church donation with Perkins' anti-gay political activity and pointed to the church's Statement on Marriage and Sexuality, which calls homosexuality a "form of sexual immorality." The church, according to its constitution, makes all employees and volunteers sign a statement to that effect.

On 21 August 2016 the church posted on their Facebook page to say that Trump is "sending a financial contribution" to them:

As mentioned this morning, we will have a hot meal ready to go for those who need it between 4pm-5:30pm at the main entrance of the church.

I also want to let you know that as a result of his visit to our church and seeing the work that we are doing to help the community, Donald Trump is sending a financial contribution to the church to aid our efforts.

The Samaritan's Purse charity is an evangelical Christian organization headed by Franklin Graham and is using the church as its "base of operations" for flood relief efforts.

On 25 August 2016, Washington Post reporter David Fahrenthold published on Twitter a voided personal check from Trump to the church, noting he has not received confirmation it was received. We also sent the church an inquiry as to whether they have received the donation but they have not yet responded.

Here's the check from @realdonaldtrump's folks. Haven't heard back yet abt whether it was received. pic.twitter.com/cP6zmgdhyh

If Trump did, as reported, send a contribution to the church, that doesn't necessarily benefit Perkins or the Family Research Council directly, though some publications interpreted it as a political statement on LGBT civil rights. While the FRC's political activity is controversial, as is Perkins himself and the Greenwell Springs Baptist Church's stance on the LGBT community, it seems the money was intended for flood relief activities. However since we do not currently have documents showing that the donation was made, much less identifying to whom it was made, it is impossible to say exactly where the funds might be going and what they will be used for.