Donald Trump Announces His Campaign Is a Joke

A video purportedly showing the presidential candidate saying that his campaign had been an April Fool's Day prank all along was actually created for a comedy TV show. 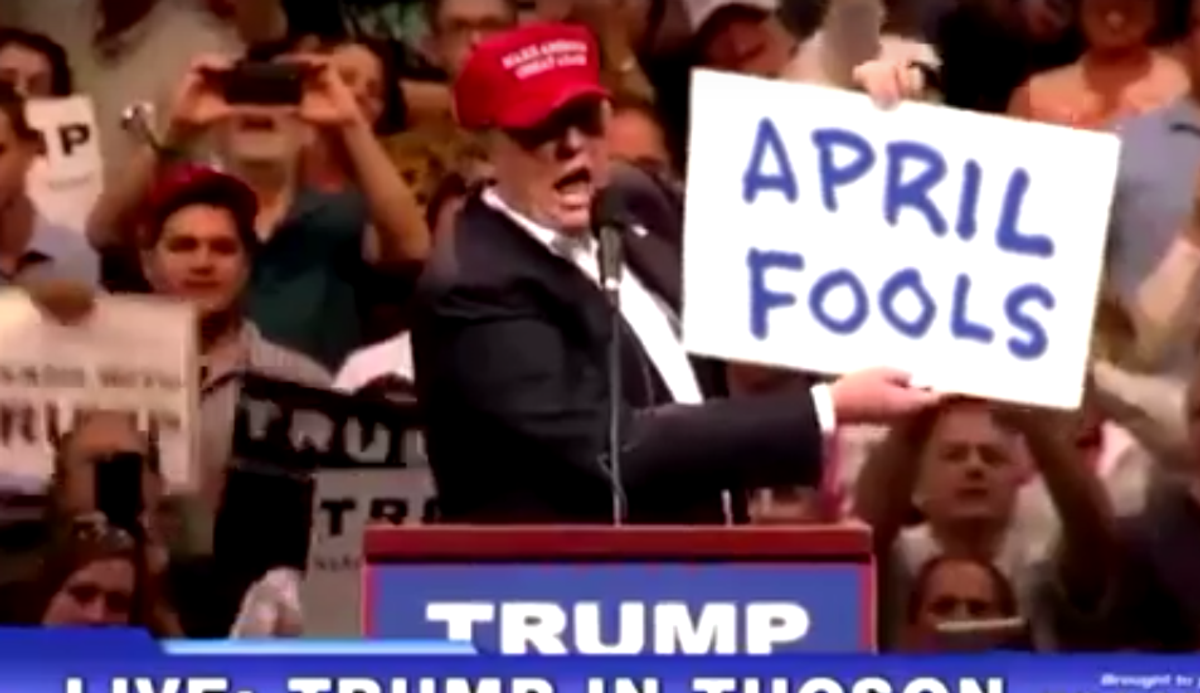 On 1 April 2016, a video purportedly showing Donald Trump announcing that his presidential campaign had been an April Fool's Day joke all along was shared on social media:

In addition to the video, people on social media expressed some wishful thinking about Donald Trump's campaign being a possible, long-running prank: The combination of people commenting that Donald Trump's campaign was a joke, along with a video that purported to show Trump making an April Fool's Day announcement, led many to believe that Trump had actually suspended his campaign.

This is not the case, however. The video was created for a late-night comedy television show, Jimmy Kimmel Live! While the above-displayed video edited out Kimmel's introduction, the original video makes it clear that the announcement was just another April Fool's Day prank:

This is something you’re going to be hearing a lot about over the next several days. Donald Trump recently made a bombshell revelation that could make you question everything you know about the state of American politics.