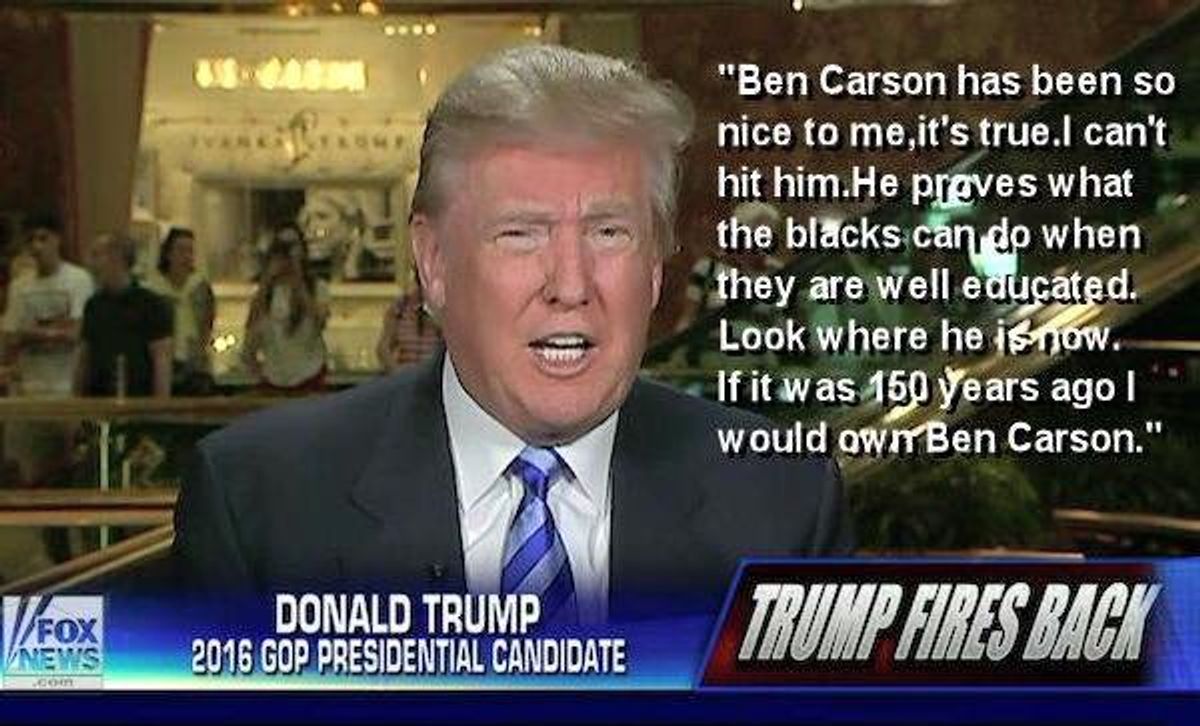 FACT CHECK:   Did Donald Trump say that he would have owned Dr. Ben Carson 150 years ago? Claim:   Donald Trump said that he would have owned Dr. Ben Carson 150 years ago.

Origins:   On 1 September 2015, the "Stop the World, the Teabaggers Want Off" Facebook group posted a photo of Republican presidential candidate Donald Trump along with a quote ostensibly uttered by him about how he would have owned (i.e., as a slave) fellow GOP candidate Dr. Ben Carson in the mid-1800s:

Ben Carson has been so nice to me, it's true. I can't hit him. He proves what the blacks can do when they are well educated. Look where he is now. If it was 150 years ago I would own Ben Carson.

This is not a genuine quote from Donald Trump. The Facebook group "Stop The World, The Teabaggers Want Off" frequently posts memes with fabricated quotes from conservative figures. The group has previously published dubious diatribes attributed to Ann Coulter, Michele Bachmann, and Sarah Palin.

The group's disclaimer notes that content published by "Stop The World, The Teabaggers Want Off" is for “entertainment purposes” only:

Donald Trump was the subject of several other fabricated quote-related rumors after announcing in 2015 that he was running for president. For instance, Trump did not say that he would build a fence around New Mexico or that the "thieve-ist” Mexicans come from Puerto Rico.