Navy SEALs Ordered to Remove 'Don't Tread on Me' Patches

Navy SEALs were not ordered to discontinue wearing the 'Don't Tread on Me' uniform patch because it is too closely associated with 'radical groups.' 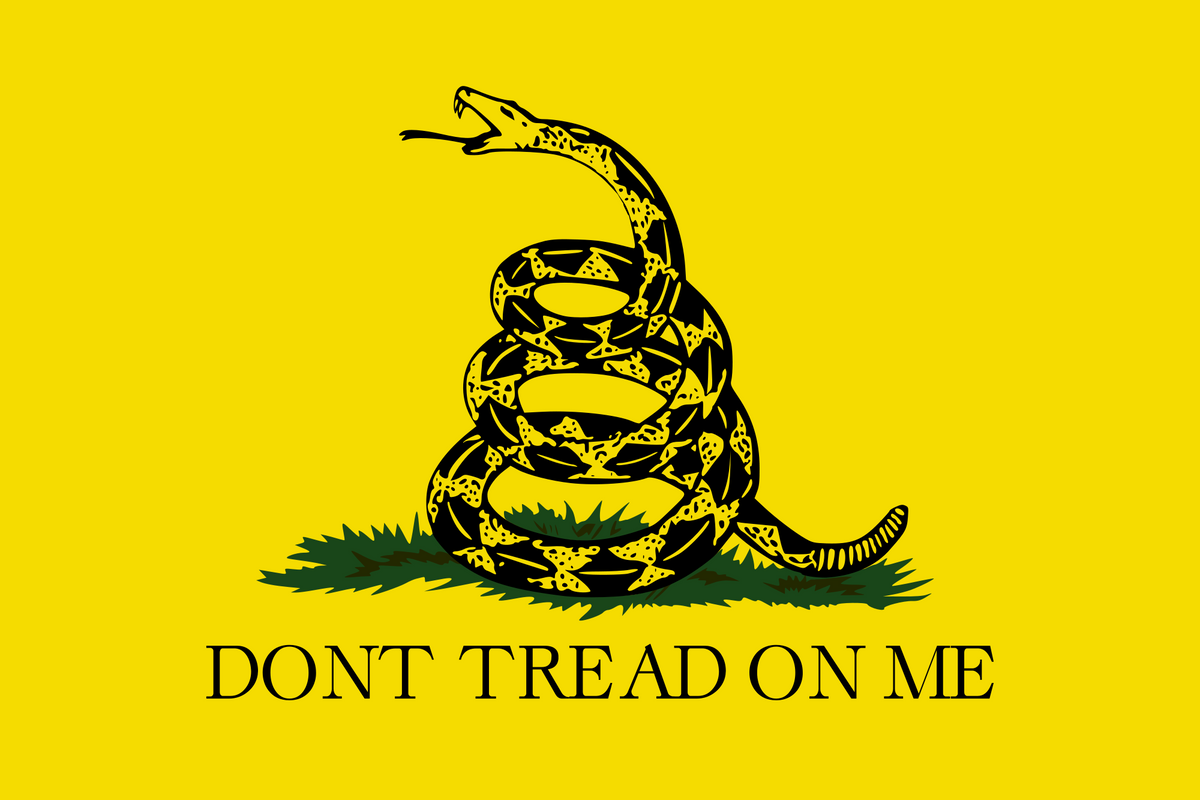 Claim:
Navy SEALs were ordered to discontinue wearing the "Don't Tread on Me" uniform patch because it is too closely associated with "radical groups."
Rating:

The Gadsden flag, with its familiar coiled rattlesnake and the warning "Don't Tread on Me," is an iconic piece of American revolutionary symbolism. That logo has also been strongly associated with the U.S. Navy and the war on terrorism since U.S. Navy Secretary Gordon England issued an instruction on 31 May 2002 authorizing the "rattlesnake jack" to replace the union jack as the Navy's official jack "for the duration of the Global War on Terrorism." The U.S. Navy began flying the new Navy Jack on 11 September 2002 (the first anniversary of the 9/11 attacks), and the rattlesnake jack has been featured in a patch warn on the left shoulder by sailors and SEALs deployed in war zones. On 1 November 2013, the Daily Caller published an opinion piece by Carl Higbie, a former Navy SEAL and Republican candidate for Congress, claiming that new regulations had been issued requiring Navy SEALs to discontinue wearing the "Don't Tread On Me" patch (the First Navy Jack) on their uniform sleeves in favor of a U.S. flag patch:

WARCOM and GROUP TWO/ONE have pushed out the uniform policy for NWU III and any patches worn on the sleeve.

Again the only patch authorized for wear is the American flag on the right shoulder. Please pass the word to all.

That piece also suggested the regulation had been issued at the behest of President Obama because the Navy Jack was "too closely associated with radical groups" such as the Tea Party, who use the similarly-themed Gadsden flag as an emblem:

I first wondered, 'why?.' Why would our leaders sell out our heritage? Why would they rob present and future sailors of our battle cry?

When a friend of mine asked his leadership the same question, he was told, "The Jack is too closely associated with radical groups." We must assume that this thought policeman embedded in the SEAL community is speaking of the Tea Party, whose flag (which also dates from the American Revolution) depicts a snake with the same defiant slogan as The Navy Jack.

This begs yet another question: Who defines "radical group"? The last time I checked, all military personnel are under oath to "support and defend the constitution against all enemies, foreign and domestic." The Tea Party stands for constitutional rights and founding principles of civil liberties and limited government. Radical? Not unless you're a leftist hell-bent on destroying the foundations of our country. Or as the President has stated as the objective of his presidency, "to fundamentally transform" America.

However, the only documentation that article presented for these claims was a reproduction of an e-mail message sent by a Senior Enlisted Advisor whose name was redacted, and a response from an unidentified "friend" of the author (a former SEAL) he was said to have received when he asked "leadership" about the reasons behind the regulation. And even if the presented e-mail about the new regulation were genuine, the reasons behind its issuance that were proffered in the article amounted to little more than speculation. (Others suggested less political reasons for the rumored change, such as an attempt to standardize the appearance of the NWU III [Navy Working Uniform] across that service branch.)

A few days later the Navy Times published an article in response to the Daily Caller piece that quoted U.S. Navy sources as stating that the Navy was "unable to confirm the validity of the email," and that even if it had been issued, it was in error and authorization for Naval Special Warfare personnel to wear the First Navy Jack patch had actually been expanded, not curtailed:

The Navy is flatly denying claims that SEALs are no longer allowed to wear the First Navy Jack patch on their uniforms. In fact, the Navy recently expanded the wear rules for the iconic "Don't Tread on Me" Patch.

A number of concerned readers contacted Navy Times to determine whether these claims were true.

The Navy has thus far been unable to confirm the validity of the email from the senior official. If it's legit, then someone in the spec-ops community got their wires crossed.

"As of September 2013, all Naval Special Warfare personnel are authorized to wear the U.S. flag and the 'Don't Tread on Me' uniform patches," Navy spokeswoman Lt. Cmdr. Sarah Flaherty told Navy Times. "In the past, NSW did not authorize wearing either patch unless one was deployed or in a work-up cycle. However, NSW recently sought special permission from the Chief of Naval Operations staff to wear the patches within the continental United States."

The Navy Times followed up by reporting that the rumor had started with a senior enlisted sailor who had misinterpreted new uniform regulations:

A misunderstanding in the chief's mess is to blame for the widespread (and false) rumor that SEALs can no longer wear the Navy Jack patch, a Navy official [said].

A senior enlisted sailor misinterpreted the Navy's uniform wear regulations for the Navy working uniform Type III, said the official, speaking on the condition of anonymity. The mistake was attributed to a "game of telephone" between second- and third-hand sources in the chiefs' mess.

In fact, eight months after the rumor about the supposedly banned "Don't Tread on Me" Navy shoulder patches broke, the U.S. Navy was seeking to purchase even more of them:

A military command that supplies U.S. Navy SEALs with new gear says it wants more shoulder patches emblazoned with "Don't Tread on Me," less than a year after a firestorm erupted after it was reported that the longstanding tradition could be ended.

U.S. Naval Special Warfare Command's contracting office in Virginia Beach, Va., quietly announced their intent to buy more patches in a notice to industry published June 3 [2014]. Companies interested in supplying them must be able to show they can obtain the materials used in numerous kinds of Navy uniforms, including those with desert and woodland patterns. The U.S. flag will have seven stripes that can be seen using infrared equipment, the command said.