A viral clip of Orange County Supervisor Don Wagner ignored about an hour's worth of relevant context. 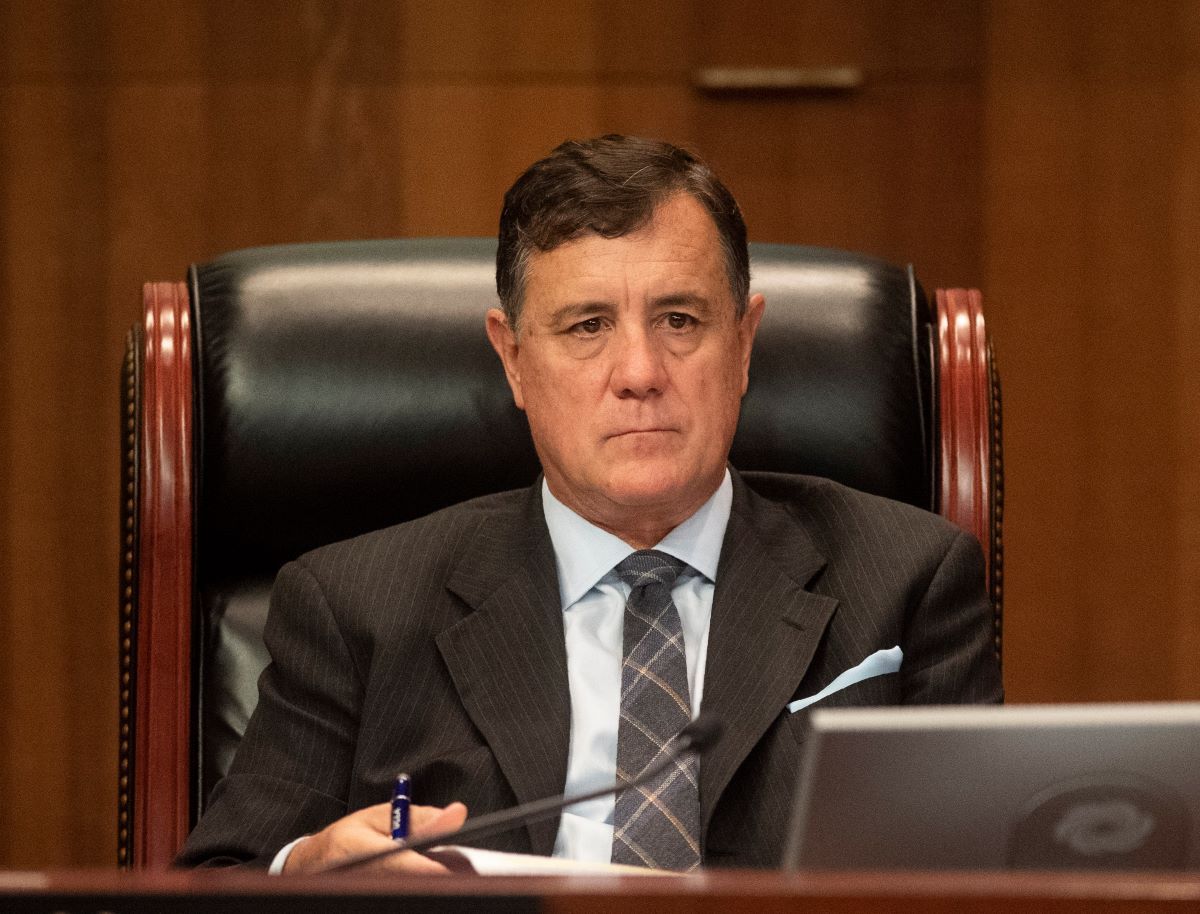 Claim:
Orange County Supervisor Don Wagner expressed genuine concern over "tracking devices" when he asked a health official about their potential presence in COVID-19 vaccines during a county board meeting.
Rating:

Wagner raised a question about tracking devices in vaccines only in order to debunk allegations made during the course of 67 public statements from a largely anti-vaccine, pro-conspiracy theory group of Orange County citizens.

On April 27, 2021, a clip of Orange County Supervisor Don Wager apparently expressing concern over the existence of "tracking devices" in COVID-19 vaccines went viral. The clip showed an exchange between OC Health Care Agency Director Dr. Clayton Chau and Wagner, a Republican representing that county's Third District. "We heard about an injection of a tracking device," Wagner said to Chau, "Is that being done anywhere?"

In response, Chau appeared to chuckle, responding "I’m sorry, I just have to compose myself. There is not a vaccine with a tracking device embedded in it that I know of that exists in the world. Period.” That moment was shared by former Daily Beast writer Timothy Burke with the caption, "Republican Don Wagner, who represents three million Orange County residents, wants to know if the Covid vaccine has a tracking device in it":

The clip went viral, and the Daily Beast published a write-up about it, tagging the story with the question "are you serious?"

The answer to that question is no.

The video omitted over an hour of relevant context directly preceding Chau's appearance, during which the floor was open for a public discussion of the county's efforts to enter into a contract with a software company to provide documentation of vaccination status. A full 67 people spoke during that discussion period, and nearly all of them made references to a panoply of anti-vaccine or QAnon-adjacent conspiracy theories, with most of their vitriol was directed at Wagner and Chau.

For example, one of those constituents claimed in her allotted time that "the tracking device implanted in my body without my consent is against the Constitution, HIPAA, and the law ... For you to impose your will on this illegal tracking system is underhanded." This constituent was referencing a baseless conspiracy theory about tracking devices embedded in vaccinations that has been debunked here at Snopes but has been elevated by both anti-vaccine activists and other conspiracy theorists. It is likely this constituent that Wagner was referencing when he declared "We heard about an injection of a tracking device" to Chau.

In a statement to The Hill, Wagner asserted that he was walking Chau through the claims made by this group of speakers for the purpose of correcting their claims:

At this meeting, speakers made wild charges about vaccine ‘passports,’ forced vaccinations, travel restrictions, tracking, and that there were microchips in the vaccines. From the dais, I lead Dr. Chau through those charges and to have him debunk them,” Wagner said.

I knew they are not true but [I] wanted the public to hear that directly from Dr. Chau. I got exactly the response from Dr. Chau I expected, with the same laugh at the absurdity of the charges that they deserve. He and I are in regular communication about these public myths, and when they persist for months on end, we work together to dispel them. I am in no way concerned about trackers in the vaccine and Dr. Chau knows this, as he administered my vaccine last month. I continue to encourage everybody to get vaccinated if they can.

Indeed, Wagner tweeted a picture of himself receiving a COVID-19 vaccine from Chau on April 3, 2021:

Chau also commented on the controversy, confirming that Wagner does not himself believe the claims the two were discussing in the meeting:

Because the full context of the Orange County Board of Supervisors meeting made clear that Wagner was repeating baseless assertions of some of his constituents in order for them to be debunked by an expert, the claim that his statements betrayed a serious concern over the possibility of tracking devices in vaccines is properly rated "False."