Did a Domino's Pizza in Ethiopia Sustain Attacks from Pirates? 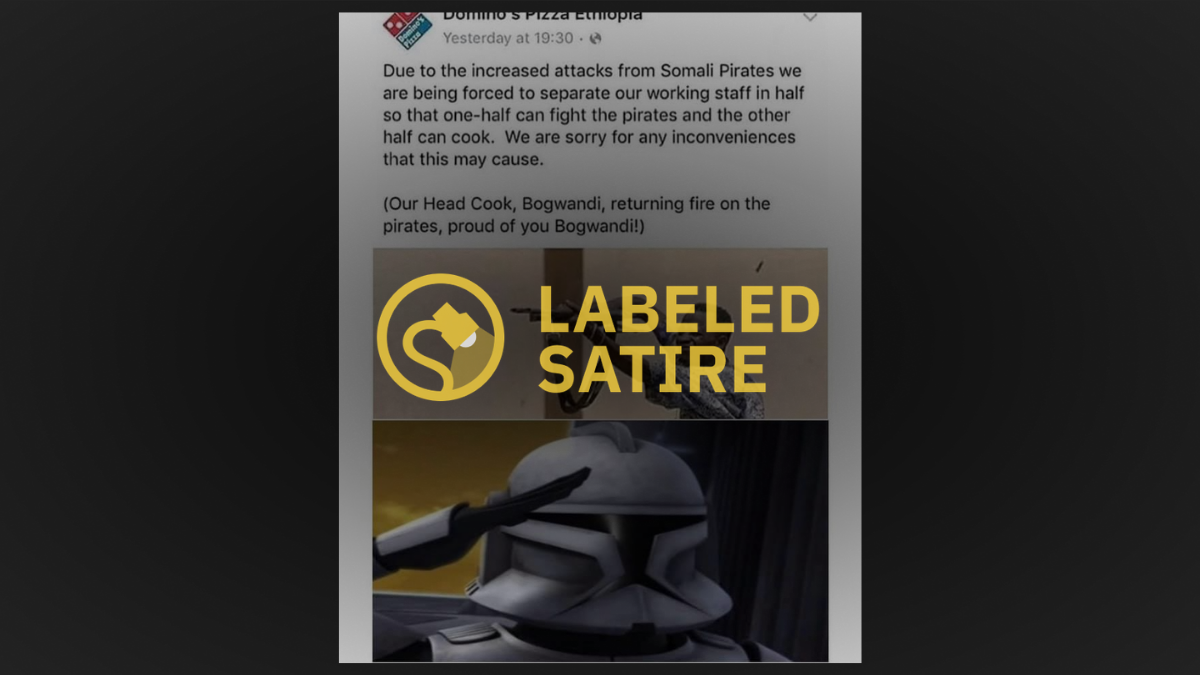 Claim:
A Domino's pizza restaurant in Ethiopia was forced to mount an armed defense against an attack from pirates.
Rating:

On Feb. 8, 2021, a Facebook page called The Star Wars Hub published a post that indicated a Domino's pizza location in Ethiopia had come under attack from pirates, forcing some company employees to mount an armed defense of the restaurant:

Due to the increased attacks from Somali Pirates we are being forced to separate our working staff in half so that one-half can fight the pirates and the other half can cook. We are sorry for any inconveniences that this may cause. This item was not a factual recounting of real-life events. The meme was taken from a March 2016 post published by the Facebook page Domino's Pizza Ethiopia: Unofficial, which describes its output as being humorous or satirical in nature, as follows:

Domino's Pizza Ethiopia: Unofficial is a satire and parody publication . All articles contained within this page, however similar to real events, are fictitious. When public figures are mentioned by name, the corresponding story details are invented. In all other cases, any resemblance to actual persons or events is entirely coincidental.

The original 2016 post was shared more than 7,000 times on Facebook, while the February 2021 meme garnered more than 14,000 shares. Neither post carried a "satire" disclaimer. However, based on an examination of the comments written under each post, it appears most Facebook users understood that what they were reading was not intended to be taken seriously.