Did a Study Show That Dogs Exhibit Jealousy?

A popular meme showing a dog looking resentful as his owner poses with a significant other is based on a 2014 study suggesting dogs can behave jealously. 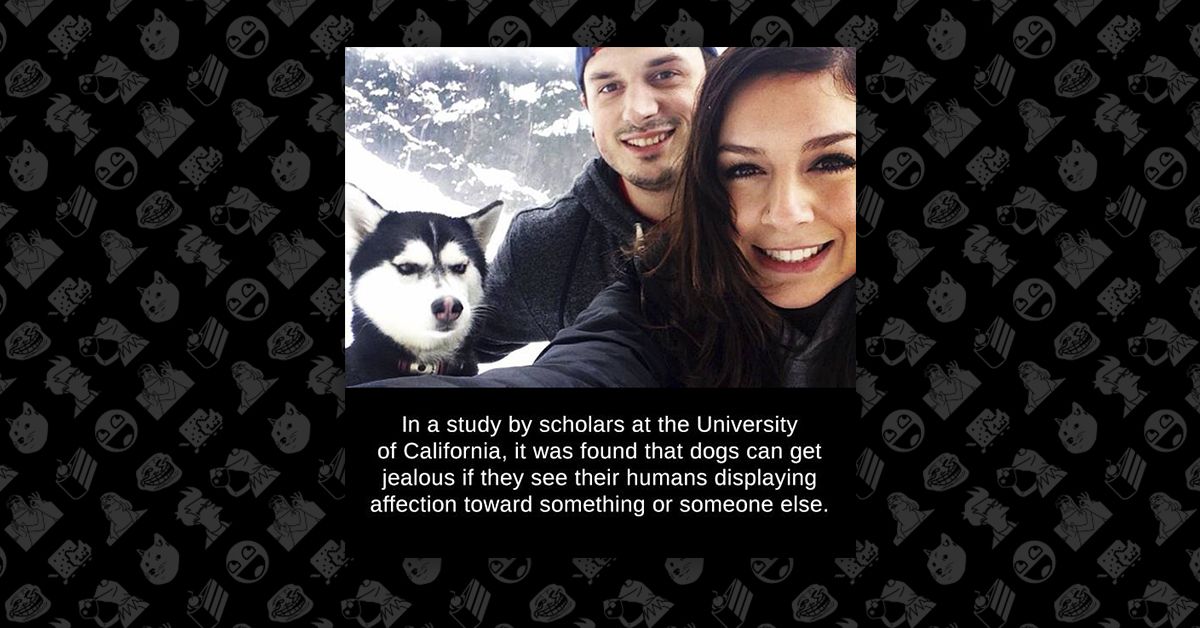 Claim:
A study showed that dogs could show jealousy if they caught their owners behaving sweetly toward other dogs.
Rating:

If you get the feeling that your dog resents the attention you give to other people and animals, you might be right, according to a 2014 study that became the subject of news reports and a meme showing a non-plussed pup: Christine Harris, a psychology professor at the University of California-San Diego (UCSD), co-led a team that gauged the reactions of 36 pooches when they saw their owners behaving sweetly toward a stuffed dog. She said in a 2014 press release:

Our study suggests not only that dogs do engage in what appear to be jealous behaviors but also that they were seeking to break up the connection between the owner and a seeming rival. We can't really speak to the dogs' subjective experiences, of course, but it looks as though they were motivated to protect an important social relationship.

The study did receive some criticism at the time from Laurie Santos, director of the Canine Cognition Center at Yale University, who said that Harris and her team did not measure the dogs' reactions to the stuffed animal or the pail without their owners present, leaving it unclear whether the animals were reacting out of fear.

Harris, who is also the editor-in-chief of the journal Emotion Review, told us in a phone interview:

I think it would be nice to take a look at how animals react to the objects by themselves. But I'm not concerned that that invalidates the study in any way. There's a couple of reasons for that. One, emotion researchers really think of jealousy as a love triangle. Once you take one individual out of that love triangle, you're really not looking at jealousy. It might be the case -- I can't completely rule it out that dogs would have shown aggression toward the stuffed animal without having seen this "betrayal" [by] their owner. But that's not our only measure.

Her theory is that jealousy (which is different from envy in that it "requires a social triangle" Harris says) evolved out of physical need:

She also said that her team's findings did not come as a surprise for several dog owners -- many of whom already feel they have observed their dogs displaying emotions. However, she cautioned: