Was This Dog's Face Burned in a Fire? 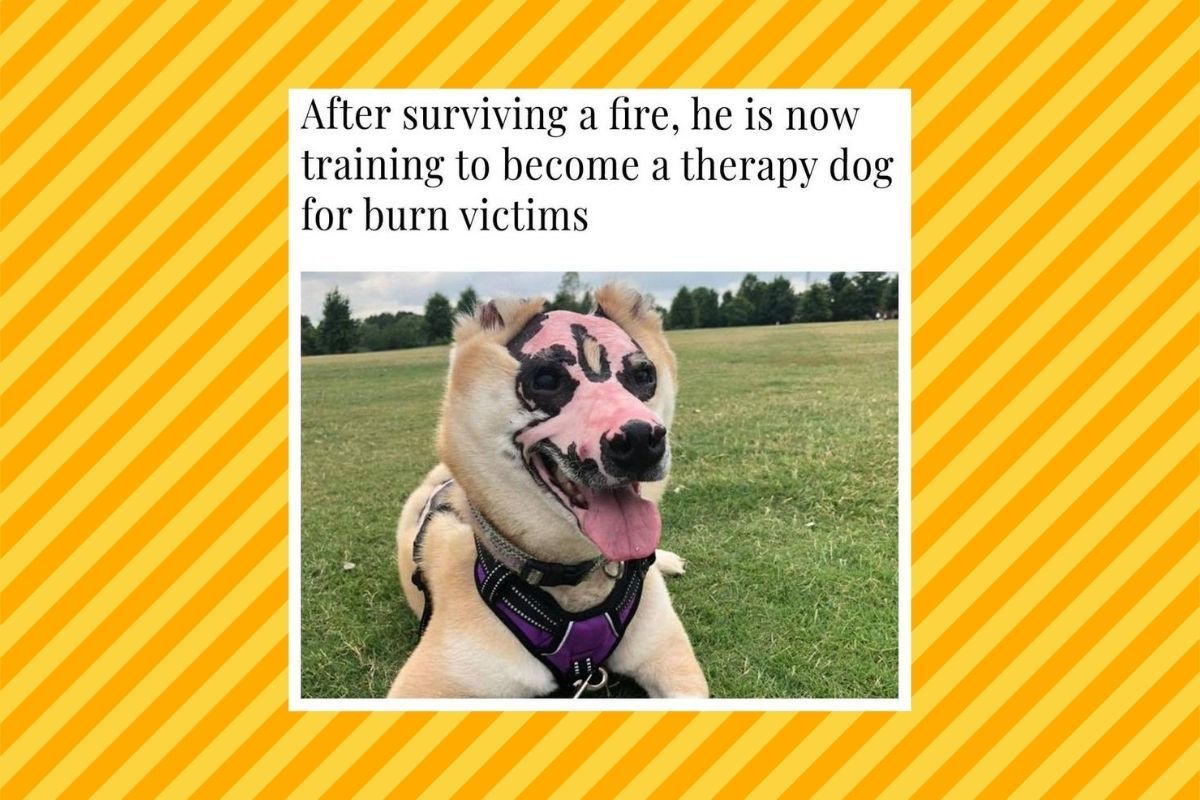 Claim:
A photograph shows a dog that suffered burns on its face after escaping a house fire.
Rating:

In 2015, a humorous photograph of a dog with a slice of ham on its face was circulated on social media, along with the false claim that the animal that had suffered burns while rescuing a family from a house fire. In 2020, we came across a similar photograph attached to a similar story. This time, however, the picture was real.

The above-displayed photograph was taken circa the summer of 2019 and shows a dog named Taka, a Shiba Inu who survived a house fire in Georgia the previous fall. The American Kennel Club (AKC) reported that when the fire broke out, the family was able to get their children out of the house but not 9-year-old Taka. As the fire burned, Taka managed to escape on his own:

On Oct. 23, 2018, a fire broke out in Georgia. The family had time to get their kids out, but there was no time to go back in for Taka, their nine-year-old Shiba Inu. The fire burned the entire porch, causing the floor to collapse and Taka to fall through. Taka was able to run to a neighbor’s house. Upon seeing a dog on fire, the neighbors panicked and reached out to Crystal Lesley, a veterinarian at Care More Animal Hospital on Facebook.

“When I saw the picture I immediately called her and told her she needed to bring him to me!” Lesley says. “She was able to get some help and they brought him in. He was still smoking when they found him. We had never encountered a burn victim as severe as Taka before and we were terrified that he wouldn’t make it.”

The road to recovery was reportedly long and painful. Since the Care More Animal Hospital was not equipped to aid the dog, veterinarian Lesley took Taka to a specialist in South Carolina. Taka needed some serious medical attention — the burns the dog suffered prevented him from blinking and required skin grafts on his face — so the family decided to sign the dog over to the vet's care.

Lesley, who saw the dog through months of treatment, would eventually give Taka a new, permanent home. Then, she started to train him as a therapy dog to help burn victims:

In order to work in the burn unit, Taka would need his Therapy Dog certification. This is what started Lesley on a journey of training Taka. She started working with trainer Mandy Foster, and Taka immediately loved it and was proud of himself.

The first step to therapy dog training is the Canine Good Citizen (CGC) test. The most difficult part of CGC training was teaching Taka to stay. “He took a little while to do that out in public,” Lesley says. “But honestly, he has flown right through it. He is so smart!”

While the picture at the top of this article says "Taka is now training" to become a therapy dog for burn victims, this statement is out of date. According to the AKC, Taka obtained his therapy dog certification in July 2019:

Taka took the CGC test on July 26 and passed. Lesley was beyond happy. “I am so incredibly proud of him,” she says. “Just thinking back to how far he has come and where he is now, is just so emotional. The amount of love and respect I have for him is profound.”

Here's a report about Taka's journey from television station WJBF: