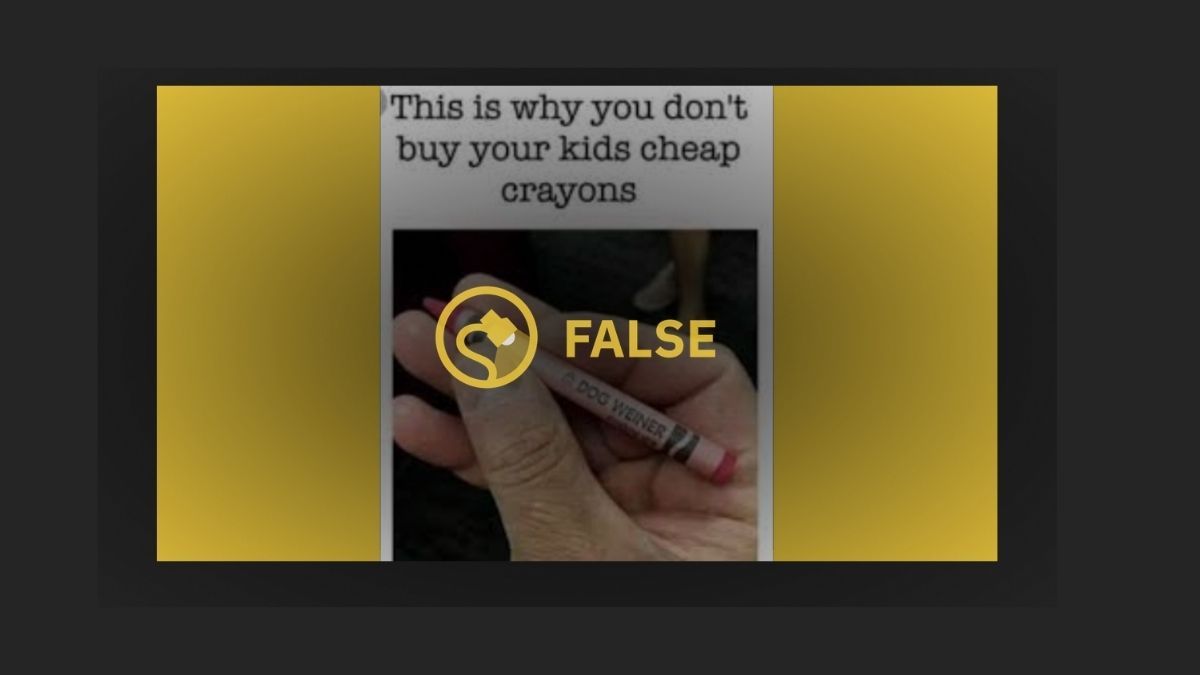 In early April 2021, a meme circulated on social media that purportedly showed an image of an unfortunately named crayon. The crayon in the picture above contains a label that reads "dog weiner," the implication being that the color of the crayon was named for a dog's genitalia (although the word "wiener," shortened from Wienerschnitzel, is misspelled).

The real color of the crayon can actually be seen in finer print in the picture: Shocking Pink. And obviously, Crayola doesn't manufacture a crayon for mass consumption named for misspelled dog genitals. But various social media posts have indicated that Crayola lets people create their own crayon labels in an interactive factory tour called Crayola Experience.

Of course, Crayola probably thought people would personalize crayon labels with things like their own names, and not "dog weiner" and other off-color slogans. A nurse posted on Twitter in 2018 that she went on the Crayola tour and dubbed her personalized crayons after bodily functions she encounters in the emergency room. Granny Smith Apple green? Nope, bile: