Posting a video to social media does not make its content authentic. 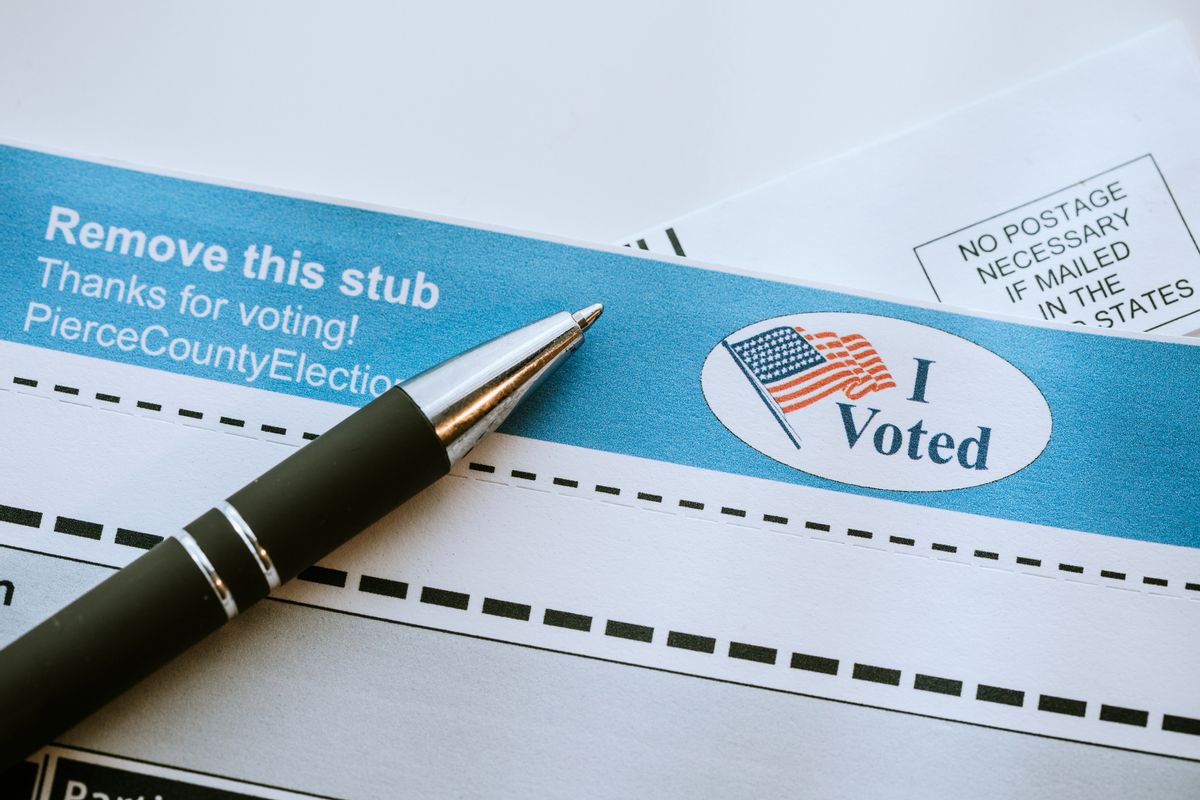 A close up image of a voters ballot to be mailed in, a pen ready to fill in the selected votes. (Image Via Getty Images)

Claim:
A California woman claimed that her registered service dog received a mail-in ballot for the 2020 presidential election.

In a widely distributed video, a California woman claimed that her service dog was a registered voter in Santa Cruz County. The unnamed woman alleged that the microchip number was used in lieu of a Social Security number and that her dog, who was born in 2017, received a mail-in ballot to vote in the 2020 general election, and that the ballot had been recorded.

The video first appeared in a Facebook post in which the original poster said that a “lovely young woman” had helped carry things out to her car. The woman in the video then joked that her “dog voted.”

The video was subsequently shared on Twitter and YouTube, and had more than 25,000 collective views at the time of this writing.

In the video, the unnamed woman claimed that she received an email — which was no longer available because the “server” was down — that said the dog’s microchip number was registered as her Social Security number.

Although we haven’t yet been able to definitively determine whether this content is accurate or authentic, we have observed that it has certain traits that are often indicative of misinformation:

Claims of widespread electoral fraud are very often politically motivated, and seize upon minor, rare, and isolated discrepancies or mistakes to make exaggerated allegations of “rampant” corruption or malfeasance. In the days following the Nov. 7 announcement declaring that Joe Biden was elected president, allegations of voter fraud circulated the internet, from claims that alleged dead people had voted to nefarious poll workers who had destroyed ballots.

In this instance, the woman said that she was first alerted to her dog’s alleged voting record via email, which she said was no longer available due to a “server” being down. She went on to say that her 2.5-year-old Labrador mix was registered as a service dog through the Santa Cruz Police Department and listed as a student at Cabrillo College, which is located in Aptos, California.

In an email to Snopes, Joyce Blaschke, a spokesperson for the Santa Cruz Police Department, said the following:

Snopes also contacted Cabrillo College and the California Secretary of State to verify whether the dog is enrolled as a student or is a registered voter. We did not receive a response at the time of publication but will update this article accordingly.

The woman furthered that her dog was registered to vote using its microchip number that had inexplicably been converted to a Social Security number. According to the Los Angeles Department of Animal Services, a microchip is a nine-digit number just like a Social Security card — but the woman did not provide either number or a birthdate, making it impossible for us to verify whether there was a registered voter by that name in California.

When she supposedly asked for the “voting place” to look for her dog’s file under its name, “Maggie Vela,” the woman was told that her dog had “already voted” under a mail-in ballot. But the woman never provided the registration number, name, or birthdate of her dog, so it is impossible to look up the voter card.