No, 'Dog the Bounty Hunter' Is Not Dead 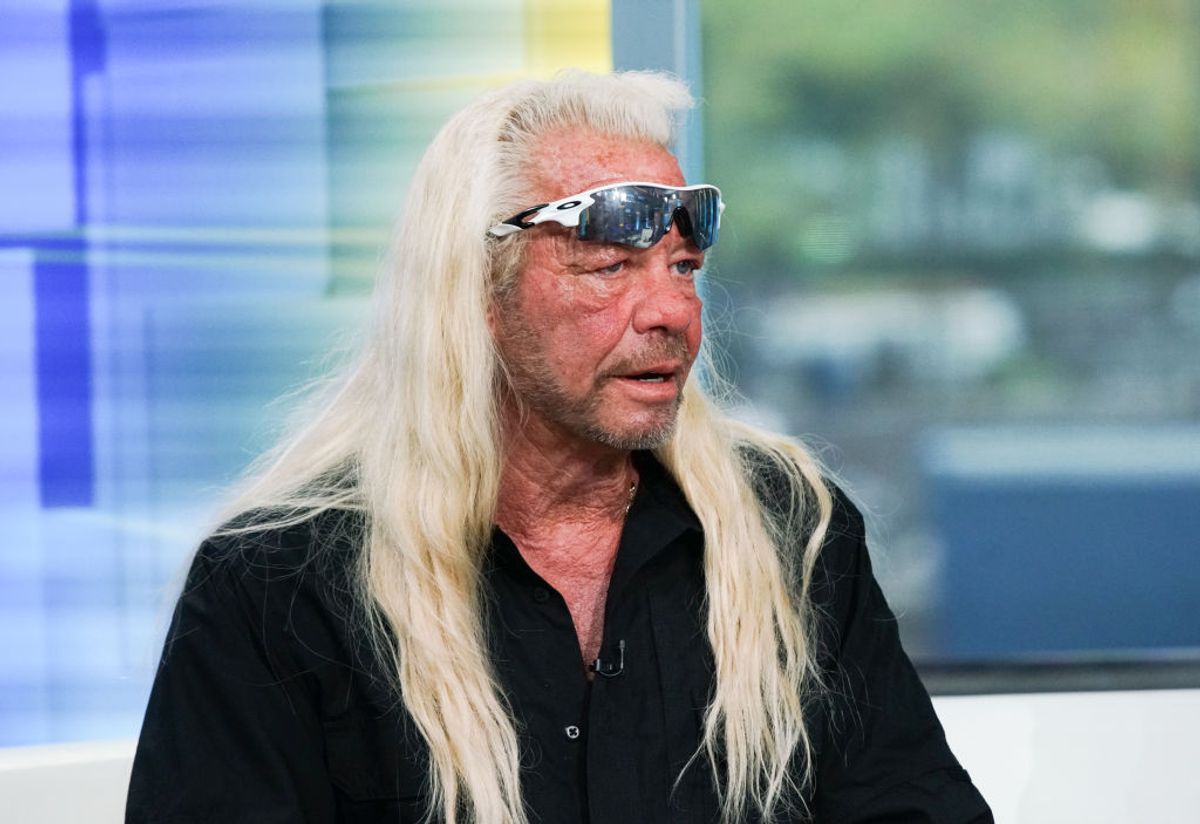 Claim:
In November 2019, Duane Chapman, known as "Dog the Bounty Hunter," died either by suicide or from a pulmonary embolism.
Rating:

In late 2019, readers asked us about blog posts that were widely shared on social media and falsely claimed that the reality television star Duane Chapman, known as "Dog the Bounty Hunter," had died either by suicide or from a pulmonary embolism.

Those reports were false. Beginning on Nov. 20, admirers of Chapman and his late wife, Beth, who died in June after herself being the subject of death hoaxes, began posting tributes to him and sharing one of two blog posts.

The first purported to be hosted by a website with the domain name whatnow.actual-events.com, but when internet users clicked on the story on social media, they were redirected to the domain newspanel.suzeraincollections.com. There, the story carried the headline "Duane 'Dog' Chapman Died of Pulmonary Embolism. He Didn't Survive His Second Attack. He Was 66 -- WGN." The highly dubious website falsely attributed the claim about Chapman's death to WGN America, a real U.S. television network that broadcast the Chapmans' most recent reality show "Dog's Most Wanted." The hoax article also misleadingly used WGN America's logo in a sharebait video that purported to be a television news report about Chapman's death, but that paused after a few seconds and required users to share the article on social media in order to continue watching:

The specific claim that Chapman had died from a pulmonary embolism (a blocked artery in the lungs) was rather insidious. At first glance, it appeared especially plausible to many fans of the television star because he was in fact diagnosed with that very problem in September 2019.

The second blog post shared by social media users was even more distasteful than the first. It falsely and misleadingly used the logo of BBC News, a highly reputable and widely trusted information source, to report that Chapman had taken his own life.

In this instance, social media users shared an article that appeared to be hosted on the domain bbc-newsroom.actualeventstv.com, but which redirected to news-room.easystepsdiy.info. On social media, the post carried the headline "Duane 'Dog' Chapman Died of Suicide After Depression Attack on His Sickness -- BBC News" but when users redirected to the source, the article's headline proclaimed:

Despite the extremely distasteful claim that the video in the article contained footage of Chapman's suicide, it contained nothing of the sort and, just as in the first article, the video stopped after a second or two and required viewers to share the post on social media in order to continue watching.

The claim that Chapman had taken his own life was, like the claim he had died of a pulmonary embolism, particularly insidious. In the season finale of "Dog's Most Wanted," broadcast by WGN America on Nov. 6, Chapman spoke about the recent death of his wife from cancer, and the considerable difficulty he was experiencing in coping with her loss.

At one moment in the episode, he reportedly discussed how he had contemplated taking his own life, such was his grief. People magazine quoted Chapman as saying:

"I just hope that I don’t live very much longer without her, because now she made the first step, she’s through the gate," he added. “She paved a way for me. I want to take a [god damn] pain pill so bad. I feel like if I did something to myself right now and passed away suicidal and I got to heaven and was like, ‘Hi honey,’ and would she go, ‘You [dumb ass], why would you do that?’ Or would she go, ‘Wow, you’re here.’ I’ll be like ‘Of course I’m here. You left me. I’m here.’ So, am I obligated to do that?”

Because of that widely reported revelation, a report that Chapman had died by suicide would have appeared somewhat plausible to many readers.

The dubious nature of the websites involved, and the absence of any corroborating evidence or reports by actual news organizations, meant that some readers would have immediately recognized the stories as hoaxes. However, a significant number were taken in by them, and shared them on social media, to the extent that Chapman himself intervened.

He provided the gossip website TMZ a photograph of himself holding the Nov. 19 edition of the Denver Post, and a handwritten sign that read "I'm alive!" Chapman then posted a screenshot of that article to his own Instagram page the next day.