Were 5 Dog Tags Found in a 445-Pound Alligator's Stomach?

It might be faster to fact-check what this gator didn't eat. 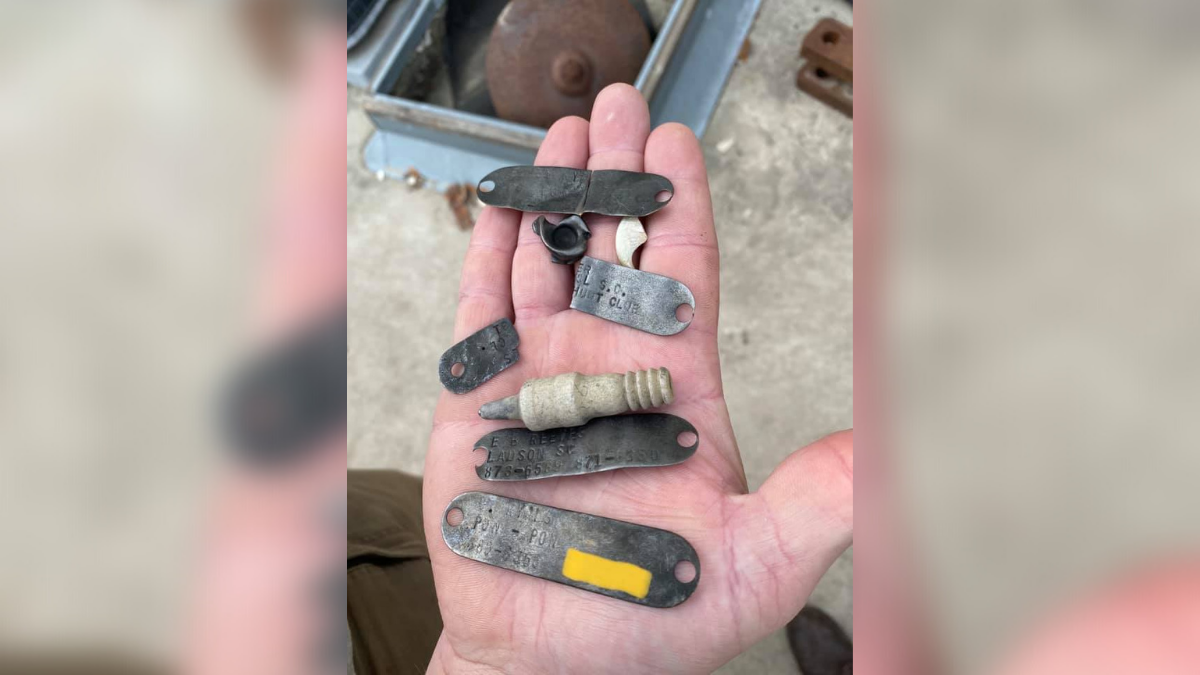 Claim:
Five dog tags — and other oddities — were found in the stomach of a 12-foot-long alligator killed in South Carolina in early April 2021.
Rating:

Photographs of a 12-foot-long, 445-pound alligator went viral in early April 2021 after the reptile was killed in South Carolina — but it wasn’t the animal’s impressive size that garnered thousands of social media shares.

It was the five dog tags, a bullet jacket, spark plug, and “loads of turtle shells and several bobcat claws” that were found inside the gator’s stomach.

The photographs were shared in an April 8 Facebook post made by Cordray’s Butcher Shop, which offers game processing and taxidermy.

According to the shop, two of the dog tags were still legible and one phone number was still in service. An owner of two of the dogs said that the tags were 24 years old.

The alligator was reportedly brought to the shop by a man named Ned McNeely. Snopes spoke with Cordray’s, who confirmed the details of the above post. The company also noted that the state has a separate season for alligator hunting on private land, allowing owners to manage their property. According to state records, this season typically runs from September to May of the following year. The gator in question was processed both for its meat and for taxidermy purposes.

South Carolina’s regular alligator hunting season is generally open from mid-September to mid-October and requires special permits issued by the state’s Department of Natural Resources (SCDNR). But in the southern state, there are special exceptions for “nuisance alligators” that pose a threat to people or their property.