Did a Dog Paint a Portrait of a Dog?

It took a lot of talent to make this video. 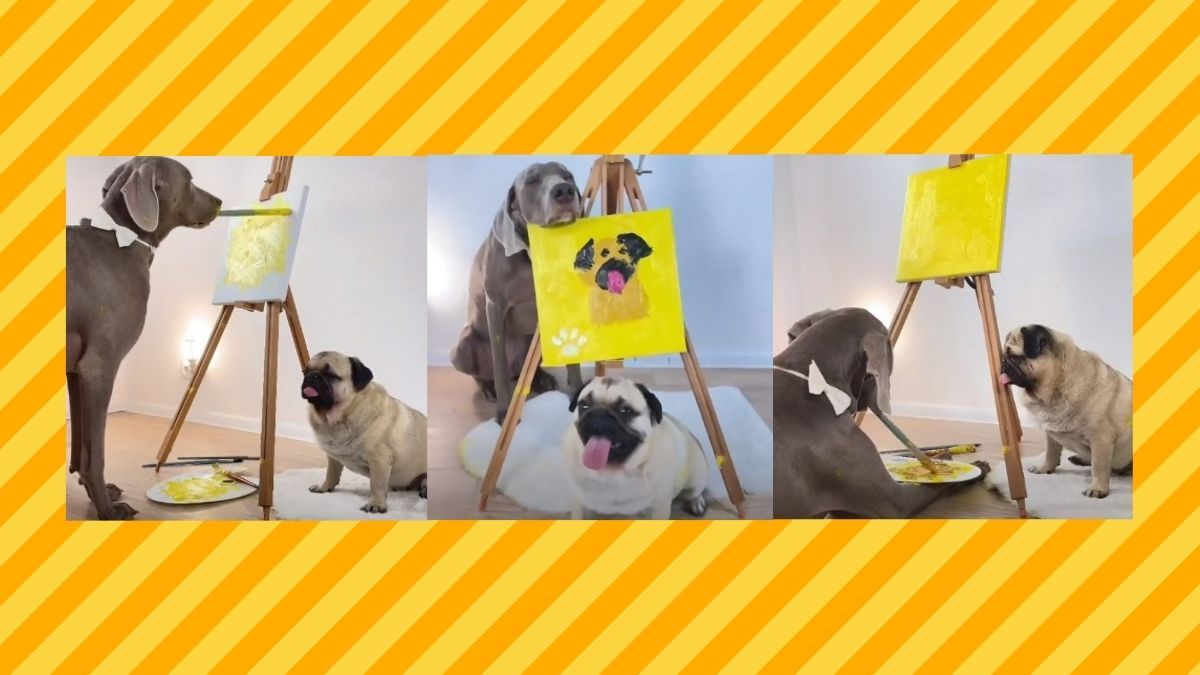 Claim:
A video shows a dog painting a portrait of another dog.
Rating: While this video certainly took some talent to create, it was largely a human, not canine, effort.

This video comes from the TikTok account @hoootdogs and features Oskar and Johnny, the "most popular dogs" on Russian TikTok, according to their Instagram page. While Oskar and Johnny get the most screen time in this video, it undoubtedly took some human help to create the video.

Here's a look at the original video that was posted to TikTok in July 2021:

The video went viral again in December when it was reposted as the account's most viral video of the year. Combined, these two videos have about 75 million views on TikTok.

We're not entirely sure how it was created. We reached out to Hoootdogs, and we will update this article if more information becomes available. It appears, however, that the video was made with a green screen suit and some stop-motion techniques.

If you watch the video closely, you can see that the dogs don't move naturally. Rather, their movements (especially while painting) are choppy, as if the video shows a series of photographs in rapid succession instead of one smooth piece of video. This indicates that a human was likely helping the dog guide the brush across the canvas. The human (likely wearing a green screen suit so that he/she could be edited out of the video) moved the brush and the dog's head into one position and then the next. Then the video was edited like a stop-motion film to make it seem as if the dog was painting a portrait.

While this appears to be @hoootdogs most complicated edit, the account has shared a few other videos of dogs doing non-dog things.