Did a Dog Defecate on the Steps of 10 Downing Street?

Brits often post a photograph of a dog purportedly defecating on the steps British government headquarters to express frustration with the government. 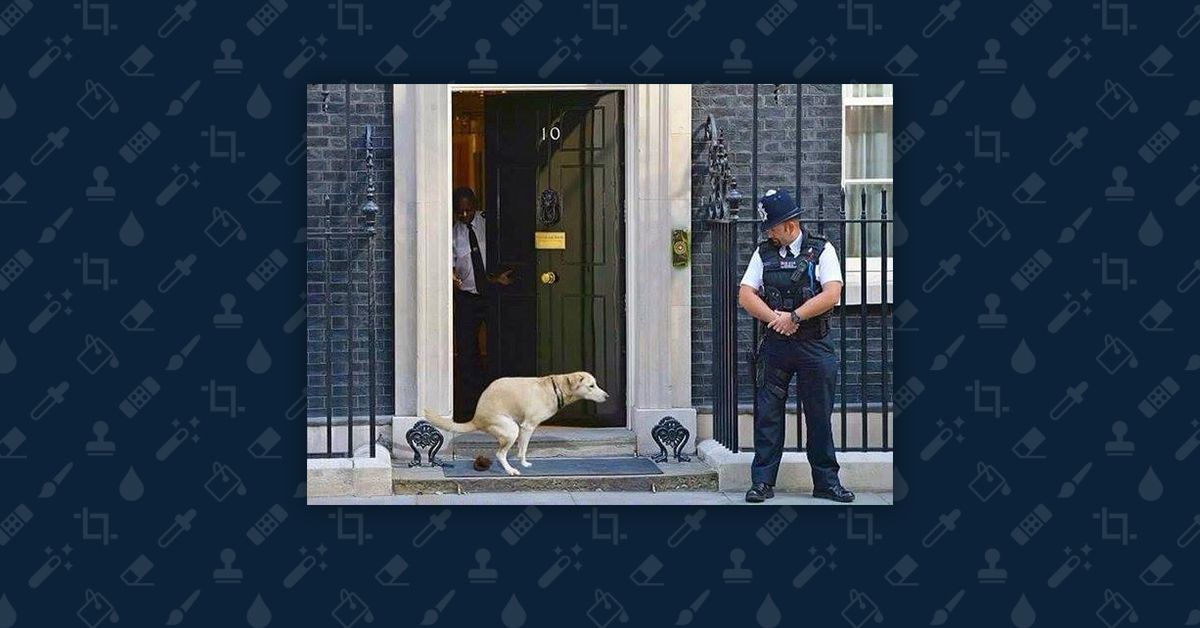 Claim:
A photograph shows a dog defecating on the steps of 10 Downing Street.
Rating:

A photograph purportedly showing a dog defecating on the steps of the United Kingdom Prime Minister's Office at 10 Downing Street has been online since at least 2015: The photograph is frequently shared to express frustration with the UK government. However, it isn't real.

The defecating dog was edited into a 2013 photograph Reuters photographer Toby Melville took, which originally showed a guard opening the door for Larry, a cat that has lived at 10 Downing Street since 2011. Here's a comparison of the the doctored dog photograph (left) and the genuine Reuters picture (right):

Larry has been a mainstay at 10 Downing Street since his adoption and is listed as the "Chief Mouser" on the official 10 Downing Street web site. Like many government officials, however, some of the cat's constituents have been unhappy with his performance:

Damning footage of a rat brazenly scurrying past No 10's famous black door has heaped further pressure on Larry the Downing Street cat.

Larry’s commitment to the job of chief mouser has already been brought into question while statistics published earlier this year suggested Palmerston, the Foreign Office’s cat, was the most lethal feline in Westminster.