An article in the journal 'Pediatrics' was misconstrued to suggest that a third of physicians surveyed objected to the Gardasil HPV vaccine. 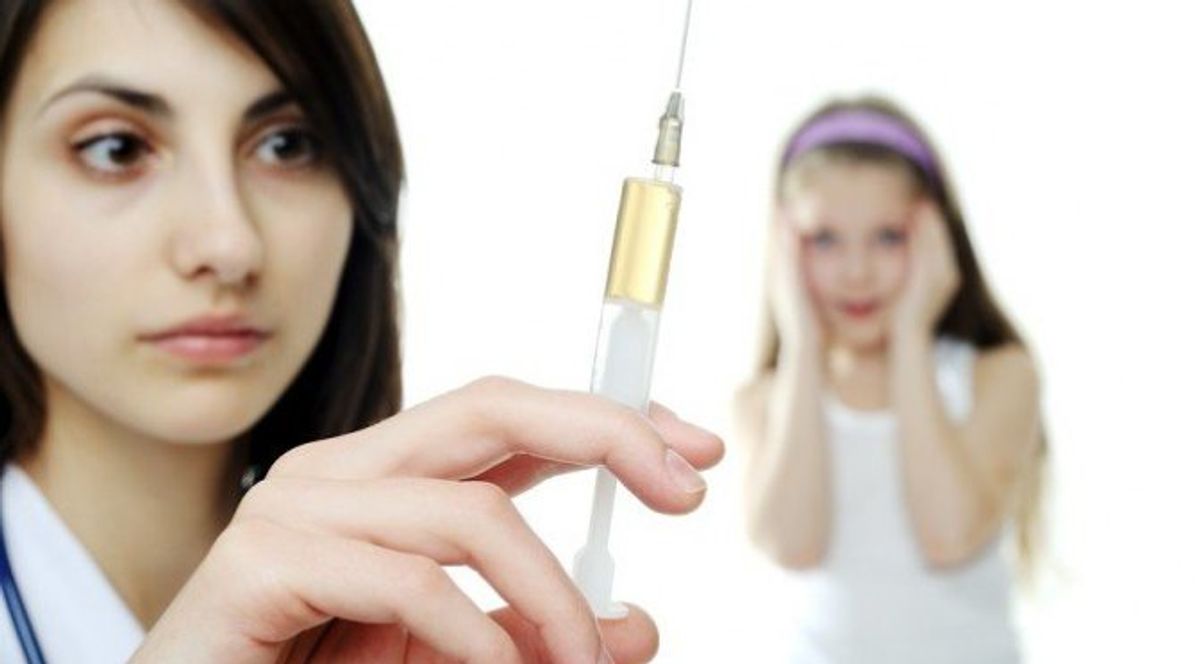 Claim:
A recent study revealed that one-third of pediatricians refuse to recommend the Gardasil HPV vaccine to patients.
Rating:

An item published in the journal 'Pediatrics' indicated that a third of 600 doctors surveyed failed to recommend Gardasil to patients, primarily due to anticipated parental objection or underestimating the likelihood of teen sexual activity.

That third of surveyed doctors "refused" to recommend Gardasil; the doctors forewent the recommendation due to reservations about Gardasil's safety; the published item was a study.

In early January 2015, social media users began sharing links to articles about an item published in the journal Pediatrics, with many of their posts claiming a study had indicated a third of pediatricians refused to recommend the Gardasil HPV vaccine to patients.

A popular iteration from Facebook, through which many readers were only exposed to comments and excerpts lacking context, misconstrued the Pediatrics item's assertions, implying that a significant number of doctors didn't recommend the vaccine due to "adverse side effects."  That, in turn, created the impression the doctors were shunning Gardasil over rumors about its safety. A popular excerpt described doctors as "increasingly hesitant" to recommend Gardasil due to the purportedly "high amount of adverse side effects" described in the quoted material:

More bad news for Gardasil and the HPV vaccine. As countries around the world begin to investigate or stop recommending the HPV vaccine due to the high amount of adverse side effects, which includes Primary Ovarian Failure (or "premature menopause" where young ladies will never be able to bear children) and severe disabilities, a new study just published in the journal Pediatrics again shows that doctors in the U.S. are increasingly hesitant to recommend the vaccine.

This hesitation regarding the HPV vaccine mirrors a similar study published in the journal Cancer Epidemiology, Biomarkers & Preventionlast month showing that nearly half of the doctors in U.S. are not routinely recommending the HPV vaccine.

Not all social media users were fooled by the sleight of hand, however, and some reporting was clearer on the source material's findings:

Study finds many doctors are not urging their preteen patients to get the HPV vaccine. https://t.co/Xwsgy66Z6x pic.twitter.com/gpttXu17mW

The material on which both news articles and inaccurate rumors were based originated with the February 2016 edition of Pediatrics. The item in question, titled "PRIMARY CARE PHYSICIANS' PERSPECTIVES ABOUT HPV VACCINE," didn't describe its method of research as "a study." Also, the published material clearly took the perspective that Gardasil vaccination rates appeared to be suboptimal and tried to determine why doctors might not be recommending the vaccine to patients consistently:

BACKGROUND AND OBJECTIVES: Because physicians' practices could be modified to reduce missed opportunities for human papillomavirus (HPV) vaccination, our goal was to: (1) describe self-reported practices regarding recommending the HPV vaccine; (2) estimate the frequency of parental deferral of HPV vaccination; and (3)identify characteristics associated with not discussing it.

METHODS: A national survey among pediatricians and family physicians (FP) was conducted between October 2013 and January 2014. Using multivariable analysis, characteristics associated with not discussing HPV vaccination were examined.

The article concluded by noting:

Addressing physicians' perceptions about parental acceptance of HPV vaccine, the possible advantages of discussing HPV vaccination with other recommended vaccines, and concerns about waning immunity could lead to increased vaccination rates.

While nearly all doctors surveyed discuss the vaccine with at least some patients that young, more than one-third don't strongly recommend it for those ages. They were most likely to recommend vaccination and to give the shots to older kids and girls.

The most common reasons doctors cited for delaying HPV discussions and vaccinations included a belief that patients hadn't had sex and that parents would object.

Noting that about one-third of all youth have had sex by age 16, the researchers said some doctors need a clearer understanding of reasons to vaccinate preteens.

In short, it was true that researchers surveyed 600 doctors and that the result of that survey appeared in a February 2016 Pediatrics article about Gardasil vaccination rates. However, the study found the only thing about which doctors were "hesitant" was parental objection, not vaccine safety, and that a secondary cause of their hesitation was an underestimation of teen sexual activity rates. A number of social media items inaccurately suggested that a third of doctors had expressed reservations the efficacy and/or safety of Gardasil itself, even though the Pediatrics article plainly stated that was not the case.