Did Dock Ellis Pitch a No-Hitter on LSD?

"I can only remember bits and pieces of the game. I was psyched. I had a feeling of euphoria." 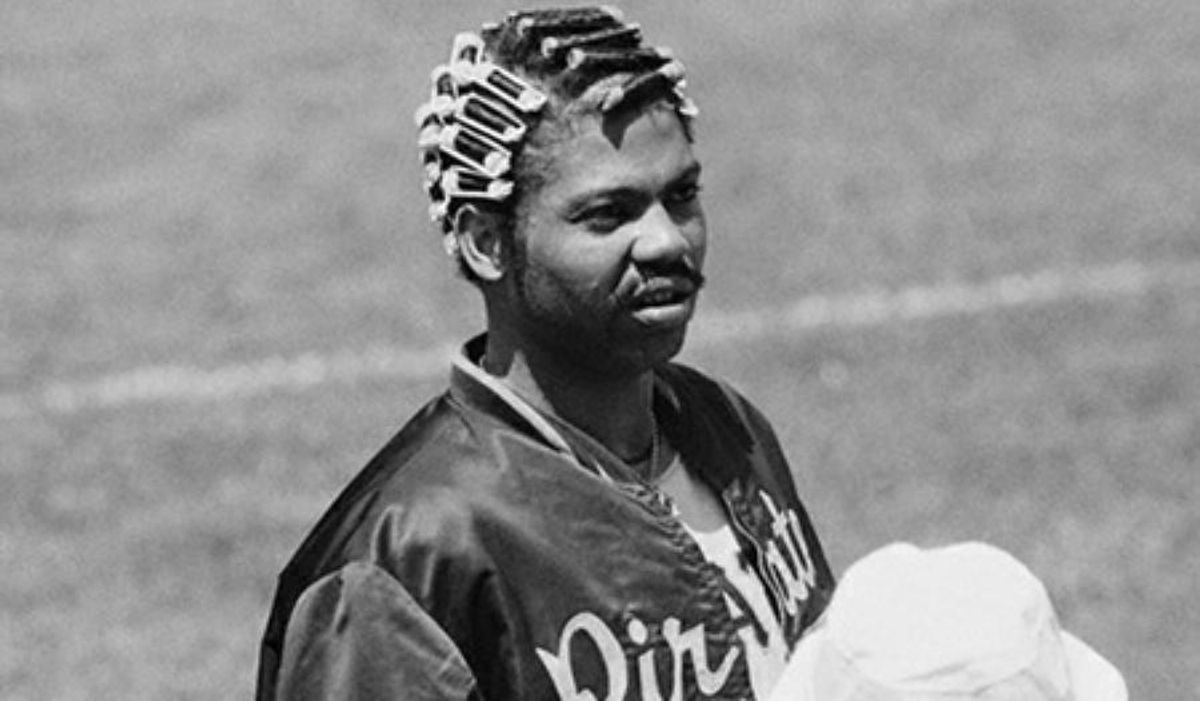 Claim:
Pittsburgh Pirates pitcher Dock Ellis hurled a no-hitter while under the influence of LSD.
Rating:

Dock Phillip Ellis, best remembered as the winningest pitcher on the champion 1971 Pittsburgh Pirates baseball club, was also one of his sport's more colorful personalities, although his exploits were generally overshadowed by those of players (Curt Flood, Richie Allen, Reggie Jackson) more talented and more controversial. Ellis' intolerance for slights which he perceived to be related to the color of his skin was well-established long before he reached the major leagues (he declined to play on his high school's baseball team because it was coached by a "racist," and while in the minor leagues he once took a bat into the stands in pursuit of a racially-motivated heckler), and he was the subject of several headline-grabbing altercations during his prime years in the big leagues:

"I know the orders came from [baseball commissioner] Bowie Kuhn, and I don't like it. Look around, there are fellows who wear white shoes in practice. Some wear jackets. Others don't wear hats.

I wasn't going to say anything, but since they seem to be aiming in my direction, I'm going to say things. They didn't put out any orders about Joe Pepitone when he wore a hairpiece down to his shoulders."


But, oddly enough, the most notorious aspect of Dock Ellis' playing days wasn't disclosed until several years after he had retired, and it involved an accomplishment that is usually the highlight of any pitcher's career.

On 12 June 1970, Ellis hurled the first no-hitter of the 1970 season as he blanked the Padres 2-0 in the opening game of a double-header in San Diego. Ellis' feat was a bit unusual in that he seemed particularly wild that day, walking eight batters and hitting one, but many pitchers have achieved stellar results despite laboring with obvious control problems. (Yankee hurler Bill Bevens came within one out of throwing a no-hitter against Brooklyn in the fourth game of the 1947 World Series despite issuing the Dodgers an astounding ten bases on balls.) In post-game interviews Ellis said he had been thinking about a no-hitter from the fourth inning onward and attributed his wildness to his efforts to keep the ball away from hitters: "I know guys who don't want to talk about it, but if you're going to throw [a no-hitter], you're going to throw it. The ball I was throwing was moving. I was keeping the ball away from the hitters. That's why I walked so many."

Fourteen years later, however, Dock Ellis revealed an alternative explanation for his lack of control that day: he was under the influence of LSD at the time. According to accounts he gave the press in April 1984, Ellis had spent the morning of 12 June 1970 relaxing in his home town of Los Angeles, under the mistaken belief that the Pirates had the day off. Ellis said he ingested LSD around noon, but at about 1:00 PM his girlfriend picked up a newspaper and discovered that not only were the Pirates scheduled to play a double-header in San Diego that evening, but Ellis was slated to start the first game for Pittsburgh. Ellis' companion hustled him off to the airport by 3:30 PM and got him on a flight to San Diego, where arrived at 4:30 PM, in time for the double-header's 6:05 PM start.

Ellis told reporters he remembered little of what took place during the game itself:

"I can only remember bits and pieces of the game. I was psyched. I had a feeling of euphoria.

I was zeroed in on the [catcher's] glove, but I didn't hit the glove too much. I remember hitting a couple of batters and the bases were loaded two or three times.

The ball was small sometimes, the ball was large sometimes, sometimes I saw the catcher, sometimes I didn't. Sometimes I tried to stare the hitter down and throw while I was looking at him. I chewed my gum until it turned to powder. They say I had about three to four fielding chances. I remember diving out of the way of a ball I thought was a line drive. I jumped, but the ball wasn't hit hard and never reached me."

Any assignment of a "True" status to this story must be a guarded one: only Dock Ellis knows whether or not he actually took LSD the day he pitched his no-hitter, and even if he did ingest LSD that day, judging the extent to which the drug (which can affect different people in different ways) was affecting him by the time he took part in that evening's game is problematic. Baseball is a difficult game to play at the major league level, even for skilled professionals free from the effects of mind-altering substances, yet Ellis managed to pitch a complete game that evening, apparently did not act so unusually that his teammates or manager took notice, and was quite lucid while conducting post-game interviews with the press. (Of course, since it's a long-standing baseball superstition that players should avoid speaking to a teammate who is in the midst of pitching a no-hitter, the other Pirates likely had little or no interaction with Ellis in the dugout during the latter half of the game.) Although Ellis might correctly be described as having been "under the influence of LSD" during his no-hitter, quite possibly the drug's primary effects had peaked and were wearing off by game time.

Dock Ellis' recollections are also somewhat questionable. Donald Hall's 1976 biography, Dock Ellis in the Country of Baseball, initially stated that Ellis had been drinking (vodka) before his no-hitter. Ellis maintained that he never pitched again while under the influence of LSD after his 1970 no-hitter, but he later said he had also taken the drug before the 1974 Cincinnati game in which he intentionally threw at the first several batters. And that admission came after he had previously stated that he took "pep pills," not LSD, before that 1974 game. Then he said in 1985 that he "never pitched a game in the major leagues I wasn't high."

An unfortunate aspect of Dock Ellis' admission is that he is now remembered by many people (especially those too young to have seen him play during his heyday with the Pirates) as "the guy who pitched a no-hitter on drugs," a characterization which not only slights a baseball career that included some very fine moments, but also obscures the many acts of charity and conscience in which Ellis engaged both during and after his playing days: he worked with the Pennsylvania Department of Corrections to rehabilitate black prisoners, helped start the Black Athletes Foundation for Sickle Cell Research, and served as the coordinator of an anti-drug program in Los Angeles before passing away from liver disease in 2008.