Do Eddie Bauer Stores Destroy Leftover Clothes Instead of Donating Them?

While the company confirmed that photographs taken outside its New York City store are real, there is no indication that cutting up clothes before dumping them is a common practice. 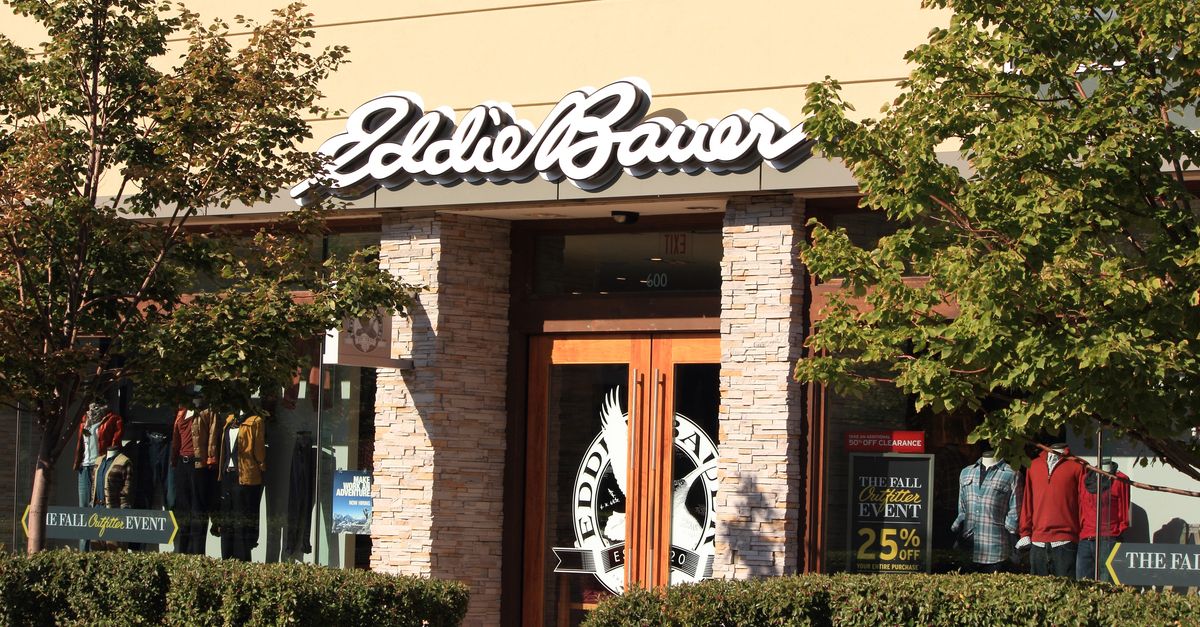 There have been isolated accounts of Eddie Bauer stores cutting up and disposing of unsold clothes rather than offering them to charity.

There is no reporting indicating that this is a widespread trend, and the company denies that it is common practice.

In December 2017, a set of photographs posted to Facebook led to accusations that Eddie Bauer clothing stores destroyed leftover clothing instead of offering it for donations or leaving them intact so that they could be worn or resold.

Eddie Bauer in NYC threw out blankets and coats and CUT THEM UP SO NOBODY COULD TAKE THEM! This is capitalism! Imagine a system where you DESTROY excess goods instead of distribute them. This happens while thousands in NYC will sleep on the streets tonight. The post's author, Dakotah Lilly — an organizer with the advocacy group Students and Youth for a New America — also provided us with a separate picture of a damaged jacket bearing the logo of Eddie Bauer's First Ascent line: Regarding the attention the post has generated, Lilly told us:

I didn't think people would be so surprised that a corporation would do something like this in pursuit of profit. But obviously I'm not surprised that people are upset by it. They should be! But they should know that this is routine, and we need to change the way the system works, not just one company.

Lilly also said that Eddie Bauer had contacted him regarding his photographs, but he was not confident they would respond to the apparent issue:

The way things are, it wouldn't make sense for them to. Our economic system rewards people based on who can screw the little guy the best.

A spokesperson for Eddie Bauer told us that the company was aware of the New York store mentioned in Lilly's post "having to dispose of some jackets," but that cutting them up and discarding them was not company policy:

All Eddie Bauer products carry a lifetime guarantee; therefore, we receive returned products for various reasons ranging from a normal defect such as broken zipper or small tear, to heavily soiled and damaged items. These returned products that are deemed unsellable are shipped to our main distribution center where they are sorted. Any products that can be donated or salvaged are done so.

Eddie Bauer is working with that specific store to determine why the jackets had to be disposed of, and why this seems to be an isolated occurrence at that store.

The spokesperson also said that the company donates product samples to a New York City-based charitable group, Delivering Good, which distributes clothing and home-related products to people in need. We contacted Delivering Good to confirm whether there is a partnership between the two groups.

Lilly is not the first person to accuse the clothing maker of damaging and then discarding unsold products rather than offering them to charity; in March 2010, consumer awareness blog Consumerist published an account from a reader who said she witnessed similar dumping by the company.