Did DJ Avicii Try to Expose a Pedophile Ring Before He Died?

Yet another specious "report" from a fake news site that seems to have a fascination with pedophilia. 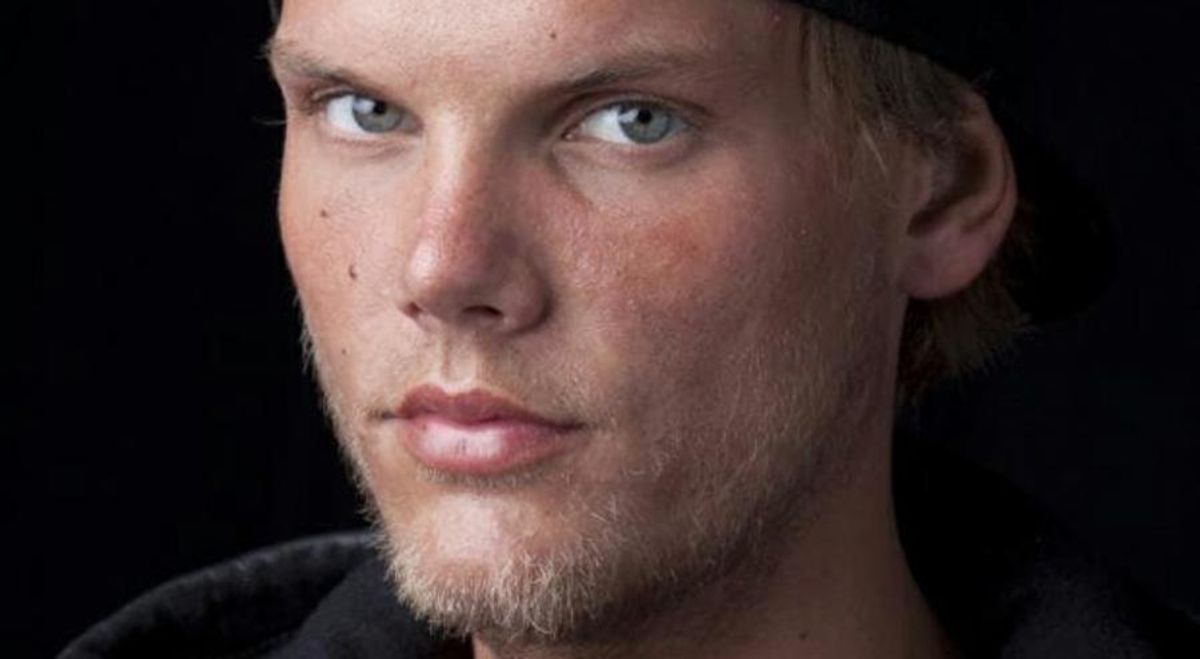 Claim:
Swedish-born producer DJ Avicii died under suspicious circumstances while he was trying to use music videos to expose a pedophile ring
Rating:

On 20 April 2018, news broke that the Swedish-born producer and DJ known as Avicii had been found dead in the country of Oman:

Publicist Diana Baron said in a statement that the 28-year-old DJ, born Tim Bergling, was in Muscat, Oman.

“The family is devastated and we ask everyone to please respect their need for privacy in this difficult time,” the statement said.

Avicii was a pioneer of the contemporary Electronic Dance Movement and a rare DJ capable of worldwide arena tours. He won two MTV Music Awards, one Billboard Music Award and earned two Grammy nominations. His biggest hit was “Le7els.”

His death comes just days after he was nominated for a Billboard Music Award for top dance/electronic album for his EP “Avicii (01).” He was nominated alongside his peers, who have taken EDM mainstream of late — The Chainsmokers, Calvin Harris and Kygo.

A few days later, the Neon Nettle web site published an article suggesting that Avicii's death was somehow connected to his supposed attempts to "expose a pedophile ring":

As the music world mourned the loss of Swedish DJ Avicii who died at 28 years old last week, speculation to whether he was trying to expose a pedophile ring in his video 'For a better day' has been gaining momentum.

There has been no official report on his exact cause of death but despite this, Avicii's death has a bunch of eerie similarities with the recent deaths of two other music legends, Chris Cornell and Chester Bennington.

Avicii hinted at exposing a child trafficking ring in his video 'For a better Day' ...

The DJ has either stumbled on something that was too close to the truth of human trafficking, or he was planning to a follow up on the second video with more information.

However, this "reporting" of Neon Nettle's was a combination of misinformation and extremely questionable speculation.

For starters, Neon Nettle attempts to draws parallels between the passing of Avicii and the deaths of Soundgarden frontman Chris Cornell and Linkin Park's Chester Bennington in July 2017, two other musicians whom Neon Nettle asserts "were allegedly working together to expose a pedophile ring operating in the music industry" at the moment of their untimely deaths. However, this posited connection was nothing more than a fabricated story published by Your News Wire, Neon Nettle's partner in fake news crime.

Additionally, Avicii acknowledged at the time of its release that his 2015 video for the song "For a Better Day" was intended to call attention to the issue of child trafficking (particularly in war-torn countries); it wasn't a coded attempt to furtively "expose" a particular child trafficking ring:

Leading DJ Avicii has turned his attention to fighting child trafficking as he made his debut as a director with a pair of disturbing videos.

The Swedish house DJ, one of the biggest stars on the global club circuit, said he was hoping to use his music for a greater social cause.

“The promise of a better life often traps families and children into being used as tools for some of the most despicable people on Earth,” he said in a statement, as he released the videos.

“It’s an issue about which I hope to start a louder discussion, especially now with the huge number of families on the move from war-torn countries looking for safety and shelter.”

“For a Better Day,” which will appear on Avicii’s upcoming album “Stories,” features a video full of unsettling imagery as hooded traffickers go on a killing spree of adults in their way, including a politician portrayed by actor Krister Henriksson.

The video shows two children rushing through fields to escape, only to be forced barely clothed into a traffickers’ car.

Finally, just as in the cases of Cornell and Bennington, the implication that Avicii was somehow "done in" to prevent his "exposing a pedophile ring" is unfounded. Although Avicii's cause of death has not yet been announced, he was known to have health problems, and officials stated that two post-mortem examinations had been conducted which "confirmed that there is no criminal suspicion of death":

In 2016, he retired from live performances after suffering multiple health issues including acute pancreatitis due to drinking alcohol.

Just two years before, he had his gallbladder and appendix removed, and he cancelled tour dates in order to recover.

While the exact cause of death has not been revealed, SkyNews reported that there was no foul play involved in Avicii's death.

A later statement from his family strongly suggested Avicii had committed suicide:

Our beloved Tim was a seeker, a fragile artistic soul searching for answers to existential questions.

An over-achieving perfectionist who travelled and worked hard at a pace that led to extreme stress.

When he stopped touring, he wanted to find a balance in life to be happy and be able to do what he loved most – music.

He really struggled with thoughts about Meaning, Life, Happiness.

He could not go on any longer.

He wanted to find peace.

The inaccuracy of Neon Nettle's reporting is not surprising, as Neon Nettle is a fake news site with a special fascination for peddling fabricated and sensationalized stories about pedophiles.