Did the 'Distracted Boyfriend' Meme Come From a 1920's Silent Film?

Saying that Charlie Chaplin invented the "distracted boyfriend" meme is a bit of a stretch, but an early version of the viral image can be spotted in the 1922 short film "Pay Day." 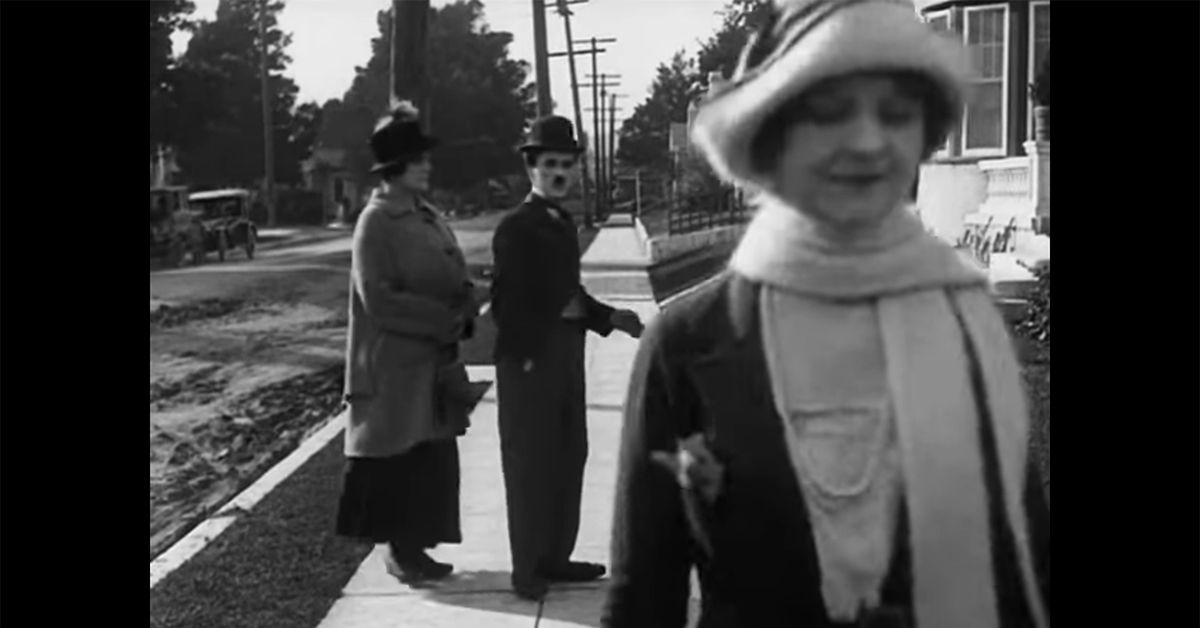 The movie scene does bear a strong resemblance to the "distracted boyfriend" meme.

It's not clear whether the creators of the photograph that became the meme knew this.

Charlie Chaplin is often described as an actor who was well ahead of his time, but was he so far ahead as to invent memes, as well?

In June 2018, an image featuring the famous actor checking out a woman on the street to the clear consternation of his partner was shared (perhaps jokingly) with the claim that Chaplin had invented the"distracted boyfriend" meme: It would certainly be difficult to successfully argue that Chaplin was the true inventor of this meme — after all, the moment depicted in these images isn't exactly novel. However, the still truly does come from a 1922 short film called Pay Day:

In the first part he is seen as a workman on a building site (it was actually shot on location on a new building in construction close to the studio) having trouble with bricks, the tools of his trade, and an elevator which at least has a convenient habit of delivering other people’s food to him.

The second “act” shows the workman on a night out and gives Chaplin the possibility for a drunk act of the kind that had brought him fame in the English music halls of his youth.

In the finale, he has to return home in the small hours of the morning to his virago wife, played by the veteran expert in such roles, Phyllis Allen. The film is particularly notable for the expertly shot night scenes of the second act.

The still was flipped, placing Chaplin's wife on the right side of the image and the second woman on the left, in order to better match up with the "Distracted Boyfriend" meme:

The Charlie Chaplin version of the "distracted boyfriend" meme may have proved popular because it reflects on the actor's personal life as he was involved in several romantic scandals. His first wife, Mildred Harris, was just sixteen when they married, and Chaplin would eventually leave her for another teenager, Lita Grey. Chaplin reportedly had a number of affairs before that marriage fell apart. The actor then married Paulette Goddard, got divorced again, and then was married one final time to Oona O'Neill.

To put it simply, Charlie Chaplin didn't invent the "distracted boyfriend" meme, but he certainly qualifies to be its poster child.