Is the Yeti from Disneyland's Matterhorn 'Hidden' in the Guardians of the Galaxy Ride?

The "Easter egg" in the ride queue is among many. 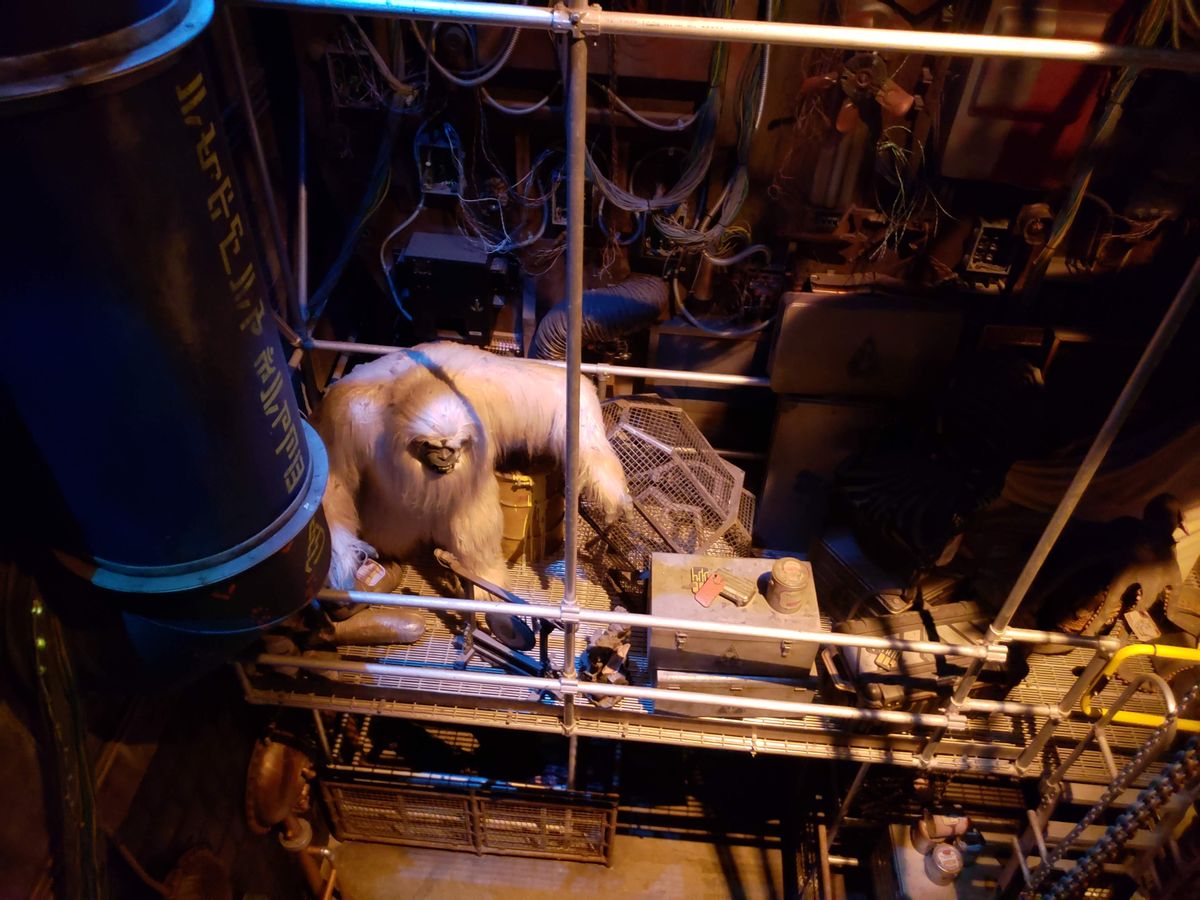 Claim:
The Yeti snow monster from Disneyland's iconic Matterhorn ride can be found in the queue for the newer Guardians of the Galaxy ride at Disney California Adventure.
Rating:

The Disneyland theme park in Southern California is a global tourist attraction for obvious reasons like rides and parades, but less-obvious aspects hidden around the park often serve as trivia for Disney fans and casual visitors alike.

One such hidden "Easter egg": observant park visitors can find the Yeti monster from the Matterhorn rollercoaster also in the queue line for a newer ride called Guardians of the Galaxy - Mission: Breakout! at a nearby park.

The Matterhorn Bobsleds ride at Disneyland opened in 1959, and is the park's first rollercoaster-style ride. It's modeled after the real Matterhorn mountain in the Swiss Alps. The Yeti, otherwise known as the Abominable Snowman, was added to the ride in 1978.

The Guardians of the Galaxy ride is a much newer addition, opening in the Disney California Adventure park in 2017. As of this writing, both parks, which are adjacent to each other in the city of Anaheim, are currently closed due to the COVID-19 pandemic.