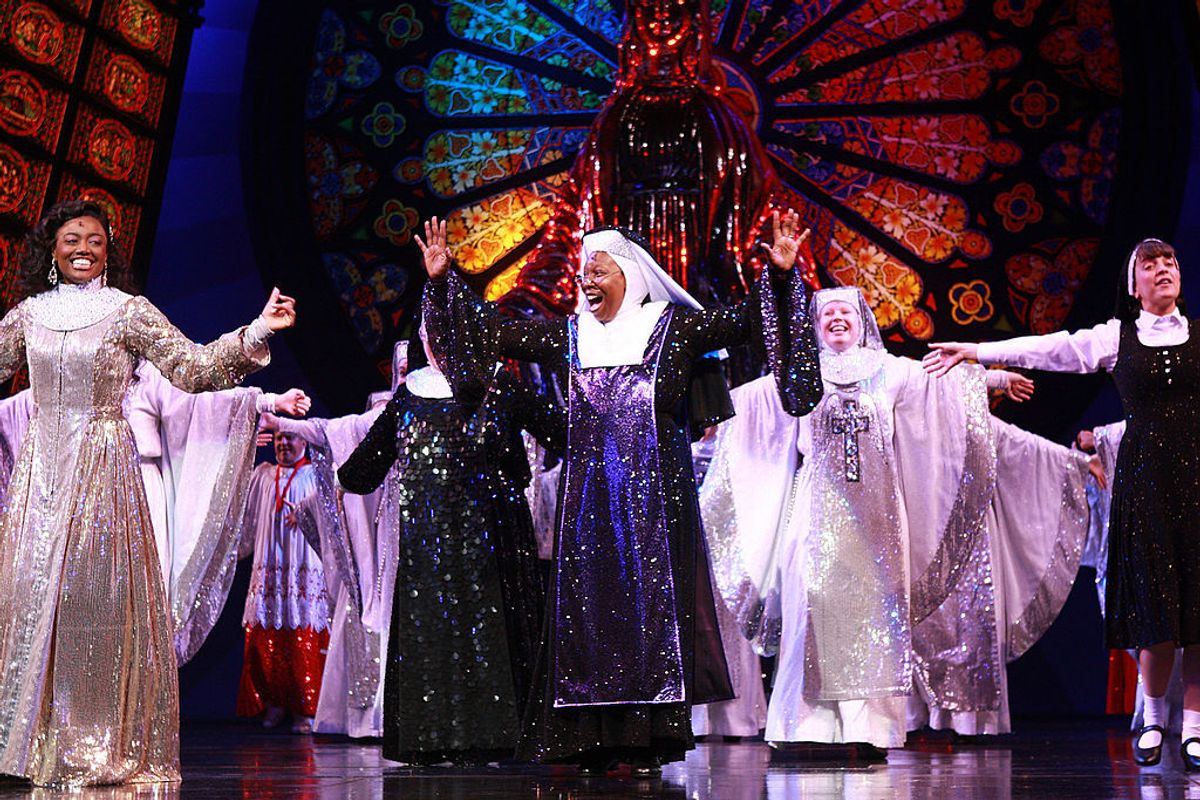 Nearly three decades after taking on the role of Deloris Van Cartier in the movie "Sister Act," Whoopi Goldberg will once again don her signature habit in the much-anticipated third installment of the movie franchise.

In a slew of tweets shared by the entertainment company on Dec. 10, 2020, Disney announced that "Sister Act 3" was in development, with Goldberg starring and producing alongside Tyler Perry.

Goldberg first teased the third installment in an Oct. 7 airing of The Late Show with James Corden. When asked by Corden why a third "Sister Act" hadn’t happened yet, Goldberg responded that for a long time, it was thought that “no one wanted to see it.”

“And then quite recently, it turns out that that may not be true. People might want to see it,” she added. “We’re working diligently to try to figure out how to get the gang together and come back.”

"Sister Act" follows the story of a lounge singer-turned-nun who was placed in a convent by the witness protection program after having witnessed a mob crime. Following the film’s 1992 release, the first installment earned more than $230 million at the box office. The 1993 release of "Sister Act 2: Back in the Habit" raked in more than $57 million.

A release date has not been announced for the new flick, which will make its debut on the streaming service Disney+.