According to an online rumor, Disney World was going to demolish the iconic Cinderella Castle sometime following the end of the Florida park's 50th anniversary. 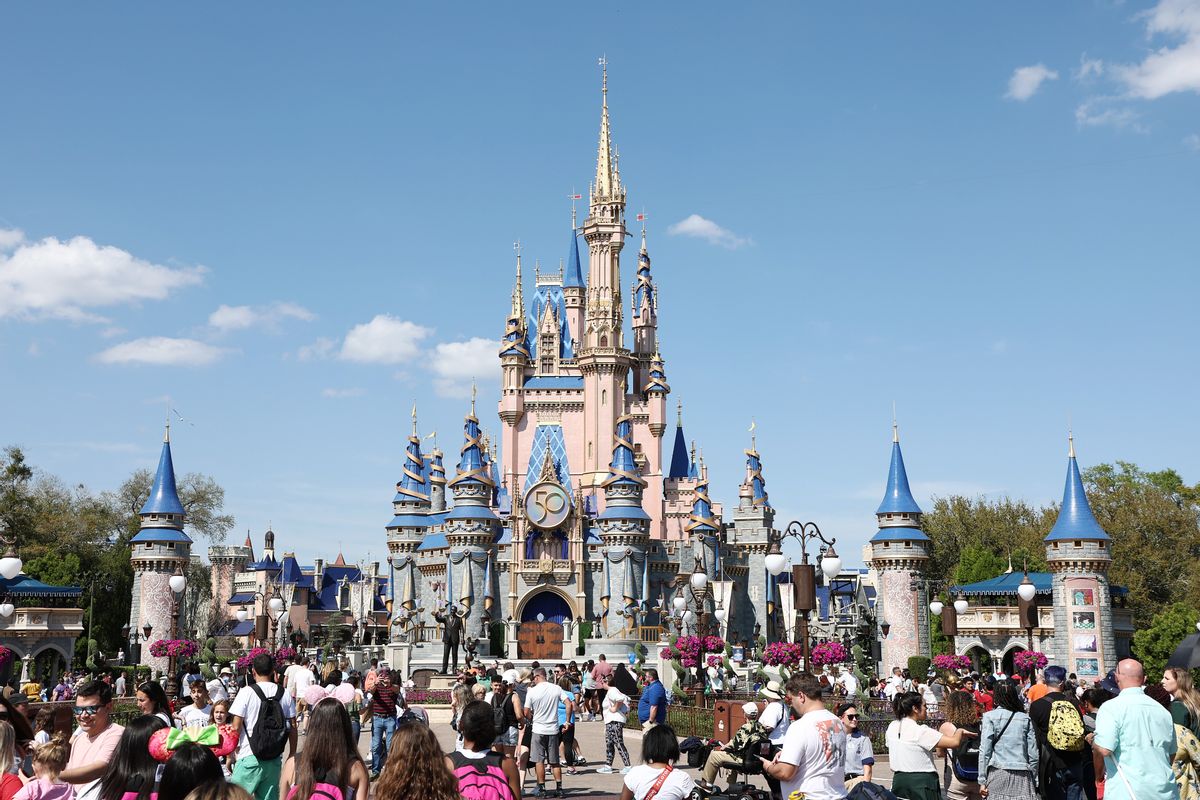 On Aug. 22, 2022, a rumor began to spread on TikTok that Walt Disney World Resort was going to be demolishing and removing Cinderella Castle after the Orlando park's 50th anniversary. However, worry not, Disney Parks fans -- this was nothing more than satire from a fun-filled Disney blog.

During the video, the narrator said that Cinderella Castle would be removed from Disney World and that "the announcement came out of the blue":

Breaking Disney news. Cinderella Castle will be removed after the 50th anniversary. As you can see, the Magic Kingdom will look empty without the castle. This announcement came out of the blue and is devastating, and there are no mentions from Disney as to what might be replacing it. For full details on this story, click the link in our bio or visit mousetrapnews.com.

Several commenters who received quite a few likes on their remarks appeared to believe that the news was real.

"The Magic Kingdom Castle is the whole part of Walt Disney World," one person posted. Another user commented in all capital letters, saying, "THEY BETTER NOT REMOVE CINDERELLA'S CASTLE. CINDERELLA IS MY FAVORITE PRINCESS AND THE ONLY REASON I REALLY GO TO DISNEY ANYMORE." A third person said, "Why?! It is an iconic piece of Disney." There was no shortage of similar comments.

More of the Satirical Story

At the end of the TikTok video, viewers were asked to visit The Mouse Trap blog on mousetrapnews.com for more details. Part of the article read as follows:

BREAKING: Cinderella Castle at Magic Kingdom Will be Removed After 50th Anniversary

A huge Disney announcement just broke that they would be removing Cinderella Castle from the Magic Kingdom at Disney World. No longer will you walk down Main Street USA and see the towering castle. This announcement seemingly came out of nowhere. There was no indication prior to this announcement that Cinderella Castle would be removed. In fact, most people assumed the castle would never be removed or replaced given how iconic it is for Disney. Every Magic Kingdom park equivalent around the world has a castle, which makes it even more amazing they are removing it at Magic Kingdom. It is possible Disney removes the castles at each Disney park around the world, like Sleeping Beauty castle at Disneyland for example. For now only Magic Kingdom is losing their beloved castle and as you can see in the image below, Main Street USA and the Magic Kingdom look bare without Cinderella Castle.

In the TikTok bio for @mousetrapnews, it said, "Real Disney News That Is 100% Fake. The Moused Trusted Name in Disney News." There were also hints that the article was satire near the end of the story. The TikTok bio for @mousetrapnews included hints for users who wanted to know if the news was real.

The About page on The Mouse Trap blog said that the satire website was "created on a whim to have some fun":

The Mouse Trap is the world’s best satire site. We write fake stories about Disney Parks stuff. From Disney park announcements to Disney hotel and resort news to made up Disney partnerships, you can be assured that anything you read here is not true, real, or accurate, but it is fun. So technically our slogan The Moused Trusted Name in Disney News isn’t true, but we thought it was creative and funny, so we are running with it.

In sum, no, Disney World wasn't planning on demolishing or removing Cinderella Castle. This was nothing more than satire published on a Disney blog.

For further reading, we previously reported on another bit of satire that came from The Mouse Trap blog that said Disney Parks would be lowering the drinking age to 18.