Did Walt Disney's Will Require His Movies to Be Remade Every 10 Years?

Do not confuse marketing strategies with the dictates of a long-dead company founder. 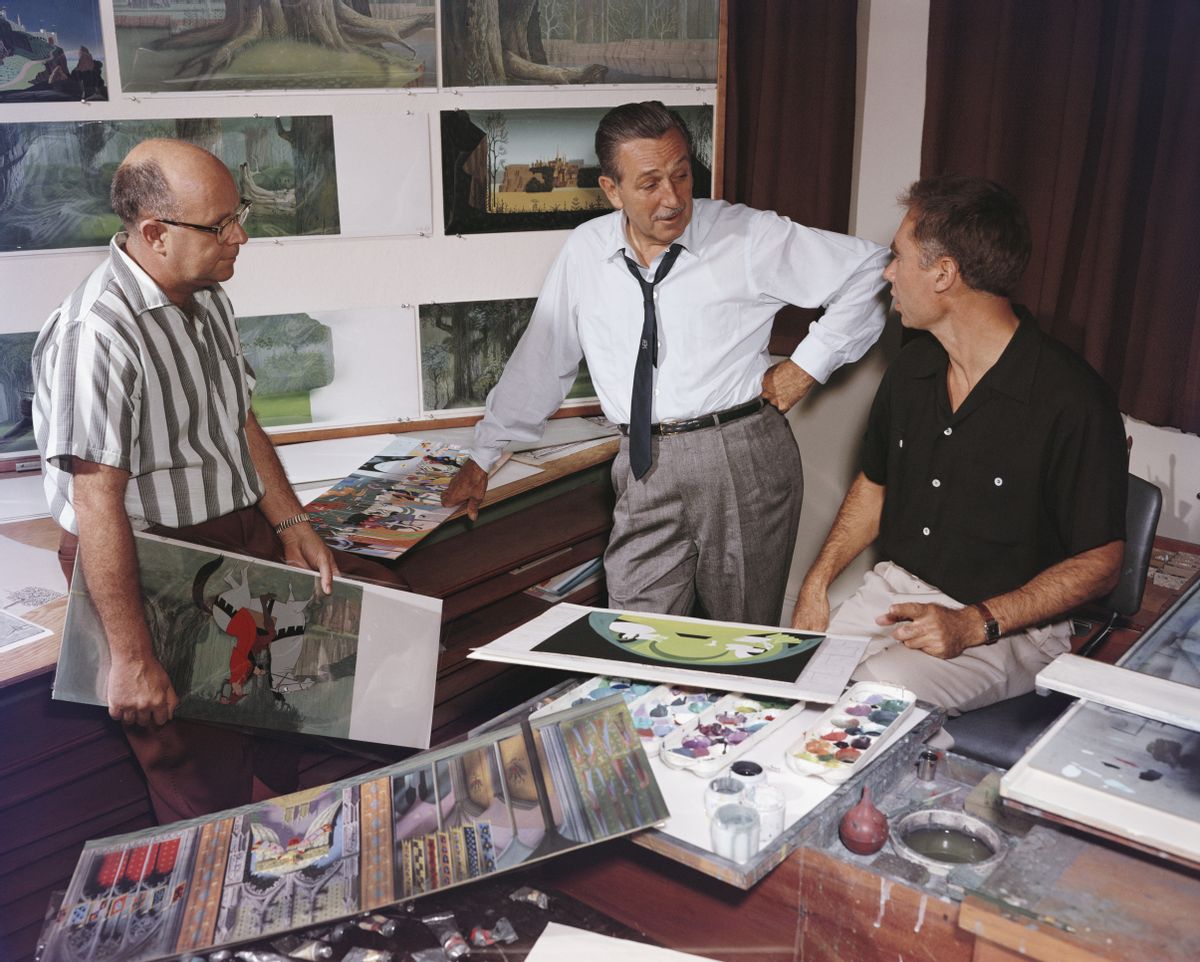 Claim:
Walt Disney put a clause in his will requiring that the Walt Disney company remake classic movies every ten years.
Rating:

A November 2018 tweet by @Samanthapaigeu went viral for appearing to explain the Walt Disney Studios' recent penchant for remaking classic Disney films. The tweet claimed that Walt Disney actually put a provision in his will required the company to remake its movies ever 10 years so that they could continually appeal to a new generation: "I was today years old when i found out that Walt Disney put in his will that all Disney classics are to be remade every 10 years, so each generation gets to enjoy them":

The following day @Samanthapaigeu clarified that she wasn't 100% sure if what she had posted was true. Still, this idea seemed to strike a chord with social media users, and it was shared as fact by thousands of people.

For one thing, such a demand would have been highly atypical of Walt Disney, who greatly favored continual innovation over retreading the same entertainment ground. After Disney's 1933 "Three Little Pigs" animated short grossed over ten times its production costs during its initial release, Walt reportedly rebuffed requests for more of the same by retorting, "You can't top pigs with pigs." (Although Walt did relent and produce several "Three Little Pigs" sequels, they were only moderately successful, and the experience cemented his resolve to pursue artistic risks rather than doggedly sticking with what had previously worked.)

Also, as we noted in a previous article about another unusual condition supposedly contained in Walt Disney's will, Walt did not own Walt Disney Productions at the time of his death (he was a 14% shareholder), so he had no authority to dictate what that company could or could not do.

Finally, Walt Disney’s will of March 1966, which was in effect when he passed away in December of that year, contained no unusual provisions. It basically left 45% of his estate to his wife and daughters, another 45% to the Disney Foundation in a charitable trust (most of which was dedicated to CalArts), and the remaining 10% in a trust to be divided among his sister, nieces, and nephews.

Even without that evidence, looking at the number of times any classic Disney film has been remade since its original release is sufficient to prove this claim false. Dumbo, for example, was originally released in 1941 and therefore already should have been re-made several times over in the half-century since Walt's passing, but Dumbo's first remake won't see the light of day until 2019. Moreover, many classic Disney films (such as 1940's Pinocchio) have never been remade.

So how did this rumor originate? In general, it echoes a marketing strategy the Disney company has utilized for many decades now.

Walt Disney Studios periodically re-released (not remade) classic movies such as Bambi to movie theaters every seven years or so in order to introduce them to younger generations:

Perhaps apocryphally, [Disney] has been credited with the "seven-year rule," in which his features would be shown again in theaters every seven years in order to capitalize on a new audience of youngsters. Bambi earned $1.2 million in 1942; $900,000 in 1948; and $2.7 million in 1957.

Obviously, seven years wasn't a hard-and-fast rule, especially after the arrival of television and home video. But the Disney studio has been very protective of its hits because it realizes they still have the ability to make money. As a corollary to the rule, the studio "retires" [home video] titles, making them unavailable for a set period before reissuing them in "new" "deluxe" editions, as it did with Fantasia, Sleeping Beauty, Pinocchio, and just this month Dumbo.

This "7-year-rule" has evolved over the years with the introduction of television, videocassettes, DVDs, and online streaming services. The company currently keeps some of their titles in the "Disney Vault" and only periodically makes them available for home video purchase. In 1997, Robin Miller, the Head of Worldwide Product Development for Disney's home video division Buena Vista Home Entertainment (BVHE), and Marcelle Abraham, the Executive Director of Public Relations for BVHE, talked to Animation World Magazine in 1997 about the inner workings of the vault:

Just as films will not be out in the theaters forever, so Disney videos cannot adorn the shelves of video stores indefinitely. According to Miller, the limited release of the videos is not merely the by-product of a clever marketing campaign, nor is it directly intended to threaten consumers, forcing them to purchase something now rather than later. Instead, the limited release is simply due to the studio's moratorium policy on animated classics. A Disney animated film will make its usual run of theatrical to video and then go into the vault for seven years to be released again when a new generation of two to seven year-olds emerges.

"The Little Mermaid is a great example of this," cites Abraham. "It came out on video in the Spring of 1990. Now there's a whole new generation of young people who haven't seen it." Disney is re-releasing The Little Mermaid this month in theaters in celebration of its tenth theatrical anniversary. Audiences can be sure it will hit the video stores again shortly thereafter. According to Miller, there are a lot of people out there who do not own a copy of this film and can't wait to get their hands on it.

While the re-release of The Little Mermaid appears timely and strategically planned, most of the Disney classics are not re-released on a systematic basis. Just recently, consumers had the opportunity to purchase Bambi and Sleeping Beauty in that order. Now The Jungle Book is available. To the average consumer, this seems fairly random, and Miller assures "there's not a science to it."

In selecting which classic film to make available at any given time, Miller explains that Disney "looks at the library, the competition, what appeals to audiences. It's not an exact science. We have to examine every factor in the market place. It would be easier if it were more formulaic. A lot of analysis goes into the releases."

While Disney is scheduled to remake a number of their classic movies films the next few years, but this production schedule has nothing to do with a requirement set forth by Walt Disney's will.