Did Disney Stop Playing Underwater Music in a Nemo-Themed Pool Due to Drownings? 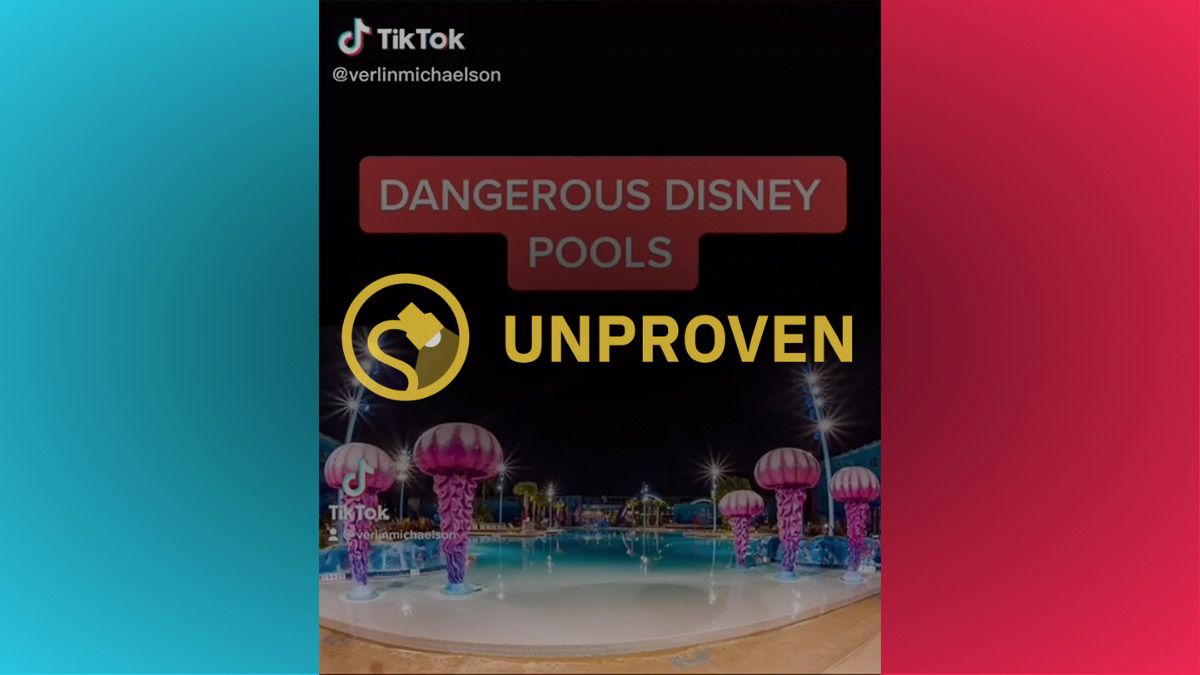 Claim:
Disney stopped piping underwater audio into the Big Blue Pool at the Art of Animation resort in Florida because of drowning risk.
Rating:

In late June 2021, TikTok user @verlinmichaelson posted a video that went viral in which he stated that when he worked at a hotel at the Walt Disney World Resort in Ontario, Florida, hotel pool lifeguards had told him they had to stop playing music underwater at a "Finding Nemo"-themed pool because "people would drown listening to Radio Disney."

In the video, which contained the hashtag #disneyexposed, it appears the pool in question is the Big Blue Pool, which is one of the three pools at the Art of Animation Resort. The pool also the largest.

The rumor that underwater audio that had been piped into the pool created a drowning risk appears to have started in 2015 with the drowning death of a 3-year-old boy. Local news reports indicated the child was visiting from New York with his family. He somehow became separated from his parents while in the pool. He was taken to a nearby hospital, where he was pronounced dead.

In the aftermath of the tragedy, some websites posted statements that the underwater audio in the pool encouraged children to go under to listen, posing a safety risk. But they didn't include any authoritative sources or evidence pointing to that issue. For example, the blog Our Magical Disney Moments posted:

Disney pipes in a combination of upbeat surf and island music with occasional familiar character voices from “Finding Nemo,” including Marlin, Dory, Crush, Squirt, Mr. Ray, and Bruce. Though the music is constant, the voices sound only every once in a while, offering a surprise treat for those swimming through the pool.

Unfortunately, this encourages children to “float” underwater listening to the music.

Drownings and near-drownings, unfortunately, occasionally occur at water parks. In 2020, Disney did acknowledge in a blog post response to an inquiry from a potential resort guest that there was no underwater audio in the Big Blue Pool.

In the response, a Disney representative named "Brenda" didn't directly state why there was no music in the pool, but suggested it may be more due to construction than to safety issues. She even hinted that the situation may change when the pool reopens:

At the time of this writing, you are correct there is not underwater music or characters speaking in The Big Blue Pool. However, the Big Blue Pool is scheduled to temporarily close while it undergoes refurbishment beginning in January, 2021 and will reopen sometime in April, 2021 so it's possible this may change again when it reopens.

We reached out to Walt Disney World but didn't receive a response in time for publication.

The above-mentioned tragedy wasn't the only water emergency at an Art of Animation pool in recent years. In 2017, a 5-year-old was airlifted to an area hospital after at a water scare in a pool at the Art of Animation hotel. In that incident, the child survived. In 2016, the Disney resort in Florida made international headlines when a 2-year-old boy was snatched and killed by an alligator as he waded into the water.