Does a Disney Cartoon Feature the Studio's First Gay Kiss?

A meme urging a boycott of Disney after the studio featured a same-sex kiss in a cartoon does not display the actual moment of animated affection. 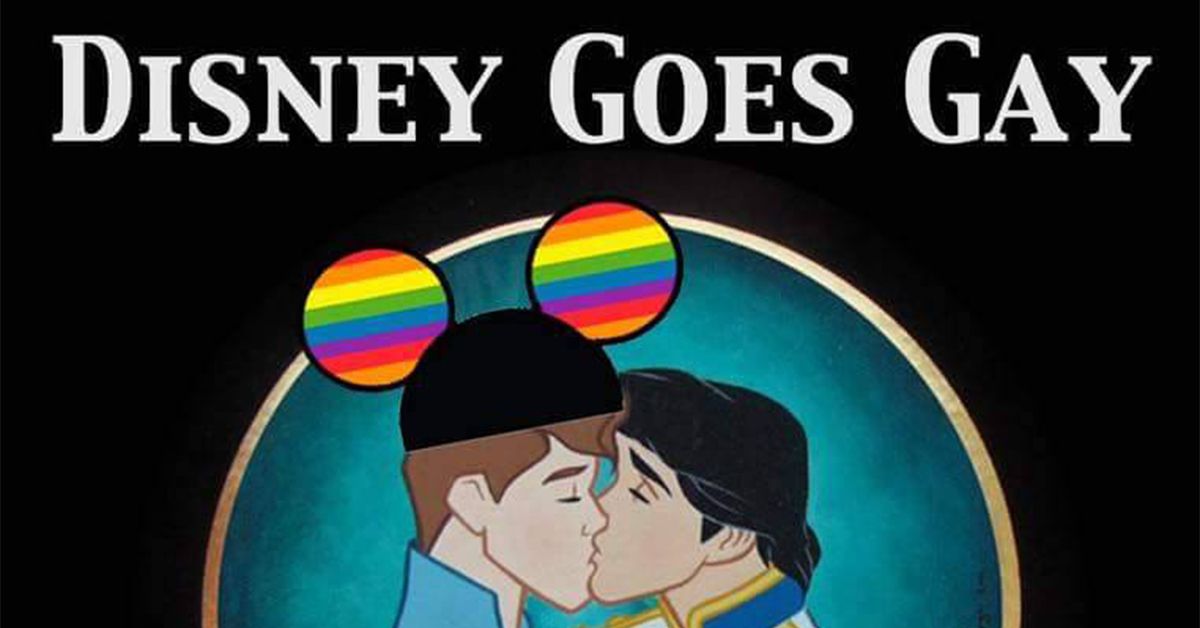 In February 2017, a cartoon shown on the Disney XD cable channel featured characters engaging in a same-sex kiss.

An image urging a boycott of Disney for their inclusion of a same-sex kiss features two characters unrelated to that development.

On 2 March 2017, the Facebook page "1,000,000 Supporting Traditional Marriage" shared an image featuring two male Disney figures engaging in a kiss, along with the claim that the studio had just aired its first ever same-sex kiss between animated characters: Although the text accompanying the image is accurate — the program Star vs. The Forces of Evil did feature a same-sex kiss in an episode that aired on the Disney XD cable channel — the pictured characters were not involved in that moment of animated affection.

This images features a rendering of two characters from older classic Disney animated feature films — Prince Eric from The Little Mermaid (1989) and Prince Phillip from Sleeping Beauty (1959) — that was created by Mexican artist Rodolfo Loaiza for a series called "Disenchanted Disney." The kiss Loaiza depicted did not actually appear in any Disney television program or film.

The real same-sex kiss included in Star vs. The Forces of Evil featured two nameless background characters shown during a brief montage of kissing cartoons in the season 2 episode "Just Friends." The moment can be glimpsed at around the 1:25 second mark of the following video:

A second same-sex kiss can be spotted toward the end of this video:

We've reached out to Disney to confirm that this was the studio's first-ever animated same-sex kiss, but have yet to receive a response. Disney did feature a same-sex couple in a 2014 episode of the live-action television series Good Luck Charlie.

UPDATE: The original article misidentified the two Disney princes kissing in this meme as Prince Charming from Cinderella and the Prince from Snow White and the Seven Dwarfs.