The enchanted dress seemingly changes color “from pink to blue and back like the animated movie.” 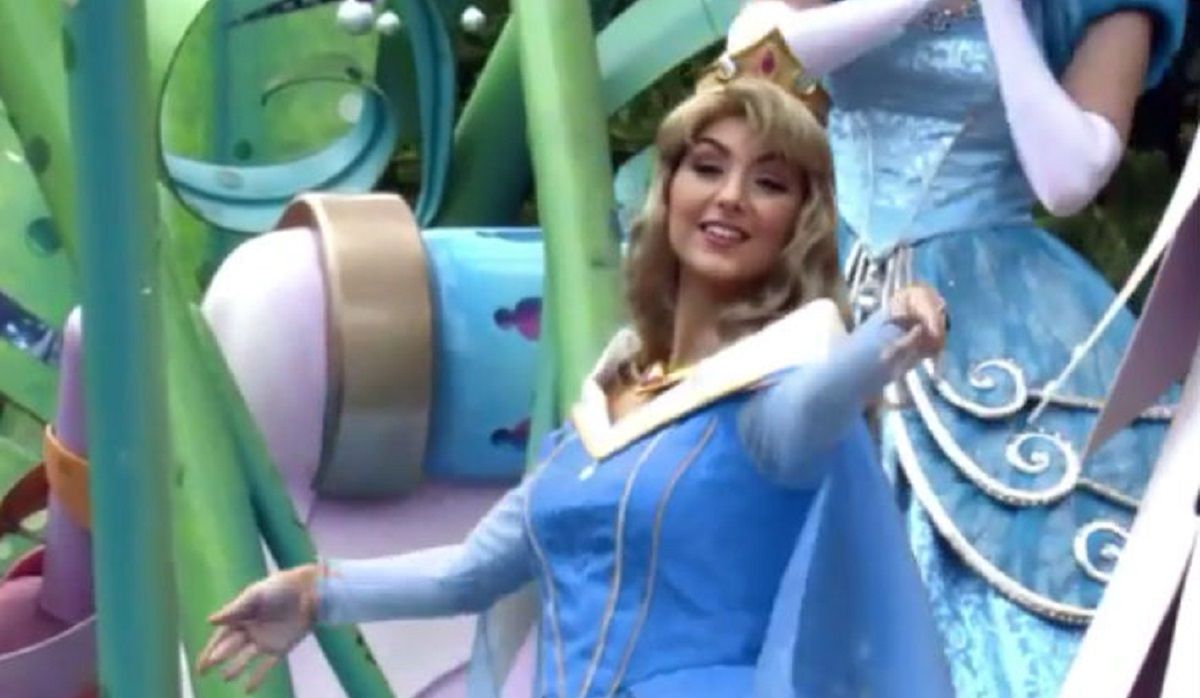 Claim:
A video shows a Disney Princess in Tokyo with a dress that changes color at will.
Rating:

A video purportedly showing a woman wearing a dynamically color-changing dress at Tokyo Disneyland has been circulating online since at least June 2016, when it was posted to the Instagram account of @in_motion_lulu. The Instagram user did not provide any information about the dress, other than stating that the video showed "fairy magic" at Tokyo Disneyland:

This particular Instagram user posts nothing but videos from Disneyland, and on 26 August 2016 she posted a second video of the dress appearing to change color "from pink to blue and back like the animated movie":

One reason to be skeptical of this video is that it stems from a single source, and that source is not Disney. If a color-changing dress truly existed and was featured in Disney theme park entertainment performances, multiple videos of shot by various Disney fans it would circulating on social media. Yet all of the videos we've encountered can be traced back to the same source: @in_motion_lulu on Instagram.

The real proof that this dress at Tokyo Disneyland is not real comes from a third video posted by the same Instagram user, which shows the true (and static) color of this dress:

The same woman wearing the same dress can be seen on the float in the video displayed above, yet her dress does not change color. It appears that the "fairy magic" captured at Disneyland Tokyo was the result of nothing more than creative digital editing.