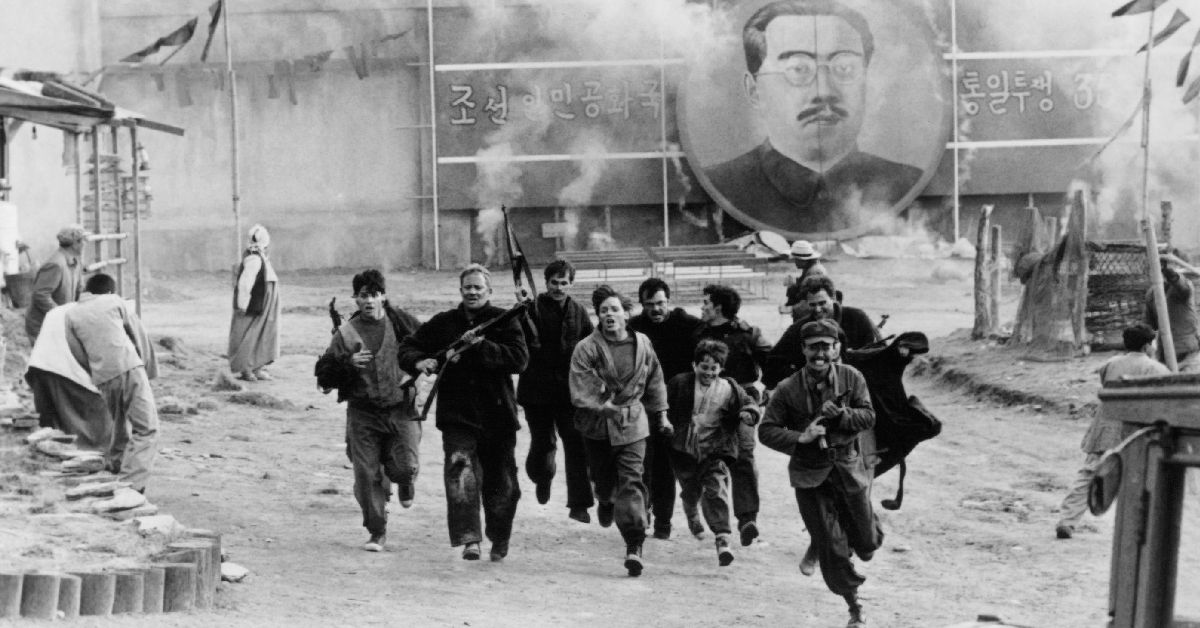 In 2020, Disney Channel's kid-friendly lineup includes shows like "Mickey Mouse Shorts," "Puppy Dog Pals," and "Raven's Home." Since it launched 37 years ago in 1983, Disney Channel has evolved into what Disney called "a global portfolio of 118 kid-driven, family-inclusive entertainment channels and/or channel feeds available in 164 countries/territories, in 34 languages." As the company's reach to home screens has grown over the years, its programming has changed quite a bit.

It is true that, in 1992, Disney Channel aired a film that was set in a North Korean prison camp, constructed for the movie on a hill in New Zealand. No shooting took place in North Korea. The movie was "The Rescue," and it was released in theaters in the U.S. in 1988. It was distributed by Buena Vista Pictures, which is now known as Walt Disney Studios Motion Pictures.

The Aug. 5, 1988, edition of The Philadelphia Inquirer published this headline in a 2-star review from writer Steven Rea: "Children invade N. Korea to rescue their soldier-fathers."

Robert W. Butler also reviewed the movie in 1988 in the Kansas City Star:

Viewed as a sort of 'Missing in Action' for pre-teens, 'The Rescue' is an utterly preposterous but generally enjoyable action yarn in which long-suffering POWs are once again plucked from the clutches of the enemy.

This time around, however, deliverance comes not in the form of Chuck Norris or Sylvester Stallone but in a bunch of Navy brats who infiltrate North Korea to free their fathers.

Jim and John Thomas' script has a squad of four Navy SEALs being captured by the Dirty Reds during an operation just outside North Korean territorial waters. The Americans are being tried as spies and may even be executed.

In an early scene, a TV broadcaster mentions that the American POW fathers are being held in a "remote prison camp near the DMZ" (demilitarized zone) in North Korea, and that following a trial in Pyongyang, they "could be executed."

The Sept. 1, 1988, edition of the Park (Park City, Utah) Record said of the film: "'The Rescue,' a new edge-of-your-seat adventure is a marvelous story that captures the real manner in which parents and children relate. This is a wonderful film that is purely entertaining, something the whole family should go see."

When "The Rescue" debuted in 1988, it did not receive many favorable reviews, and a TV listing showed it as having only one out of four stars. The Sept. 2, 1988, edition of Connecticut's Record-Journal published a review of the film, writing: "It is obvious why the folks at Touchstone Pictures delayed the release of film. Originally scheduled for release in August 1987, 'The Rescue' seems destined to attract the youth market for only a week or two before it becomes available on video sometime this fall."

In March 1992, The Tampa Tribune listed the film as playing at 7 p.m. on Disney Channel: "Teen-age offspring of Navy SEALs sneak into North Korea with stolen weapons to free their fathers." Disney Channel's original programming was meant to be enjoyed by both children and adults, compared to the movies and shows that are aired today, which are mostly for kids.

In 1990, the channel aired a preview of its upcoming programming, which included concerts and documentaries featuring The Temptations, Paul Simon, and Frank Sinatra. The preview also featured movies and television shows that may be better remembered by today's adults who were children at the time: "TaleSpin," "Avonlea," "Mother Goose Rock 'n' Rhyme," "Fantasia: The Making of a Disney Classic," "The Muppets Take Manhattan," "The Disneyland Story," "Fraggle Rock," "The Shaggy Dog," "The Fantastic Miss Piggy Story," "Jim Henson's Mother Goose Stories," and "The Mickey Mouse Club."

Aside from those titles, the lineup in 1990 featured classic films such as Charleton Heston in "The Little Kidnappers," Shirley Temple in "The Littlest Rebel," 1954's "20,000 Leagues Under the Sea," and films starring Elvis Presley and Marilyn Monroe. "Mystery Night" on Disney Channel included the 1949 film "The Third Man," 1947's "13 Rue Madeleine," and 1953's "Niagara." Disney Channel's "Celebration of 'Flight and Fantasy'" included "Superman II," "The Last Starfighter," "The Boy Who Could Fly," "Flight of the Navigator," and another film that the company would purchase rights to more than two decades later: "Star Wars."

The channel even aired films with more serious themes like the Disney Channel original movie "Goodbye, Miss 4th of July," which premiered in 1988 and was described with this preview: "A moving drama about pride and racial injustice chronicles the life of a young Greek girl who comes to America seeking liberty and freedom." The movie's preview depicted a member of the Ku Klux Klan getting knocked out with a punch, a far cry from today's kid-friendly offering on Disney Channel.

As for "The Rescue," much of it was filmed in New Zealand. Steven Rea with The Philadelphia Inquirer wrote: "Shot mostly in New Zealand (with a few additional days of pagodas and junks in Hong Kong), the make-believe Korea is stunning; vivid blue ocean, verdant hillsides, rolling, rocky fields." In 2015, a writer for the urban exploration website UrbexCentral made the tough trek to the top of a hill in Queenstown, New Zealand, to snap multiple photographs of an abandoned set.

The information I had surrounding this location sounded almost mythological, an abandoned North Korean prison movie set in Queenstown?

Since access to the mountain had been closed for the last five years, I had to go in the hard way, straight up the sheer face of the mountain! A few cuts and bruises later navigating dense bush, deer and goat I finally reached the top.

What greeted me felt so out of place, an old North Korean prison surrounding by beautiful Queenstown scenery, Awesome!

In sum, Disney Channel aired a violent, action-packed movie that was set in a North Korean prison camp, and more than 30 years later a set from that film is still standing today on a hill in New Zealand.

As of November 2020, "The Rescue" was not available on Disney+. Since the film's original release in 1988, the rise in mass shootings at American schools may keep the film depicting teenagers shooting assault rifles from appearing on the streaming platform in the future. However, the movie can be purchased or rented on YouTube, Prime Video, iTunes, and other streaming platforms.