Did Archaeologists Make a Discovery Inside a Roman Toilet?

Long before PVC and cast-iron drain lines, there was stone. 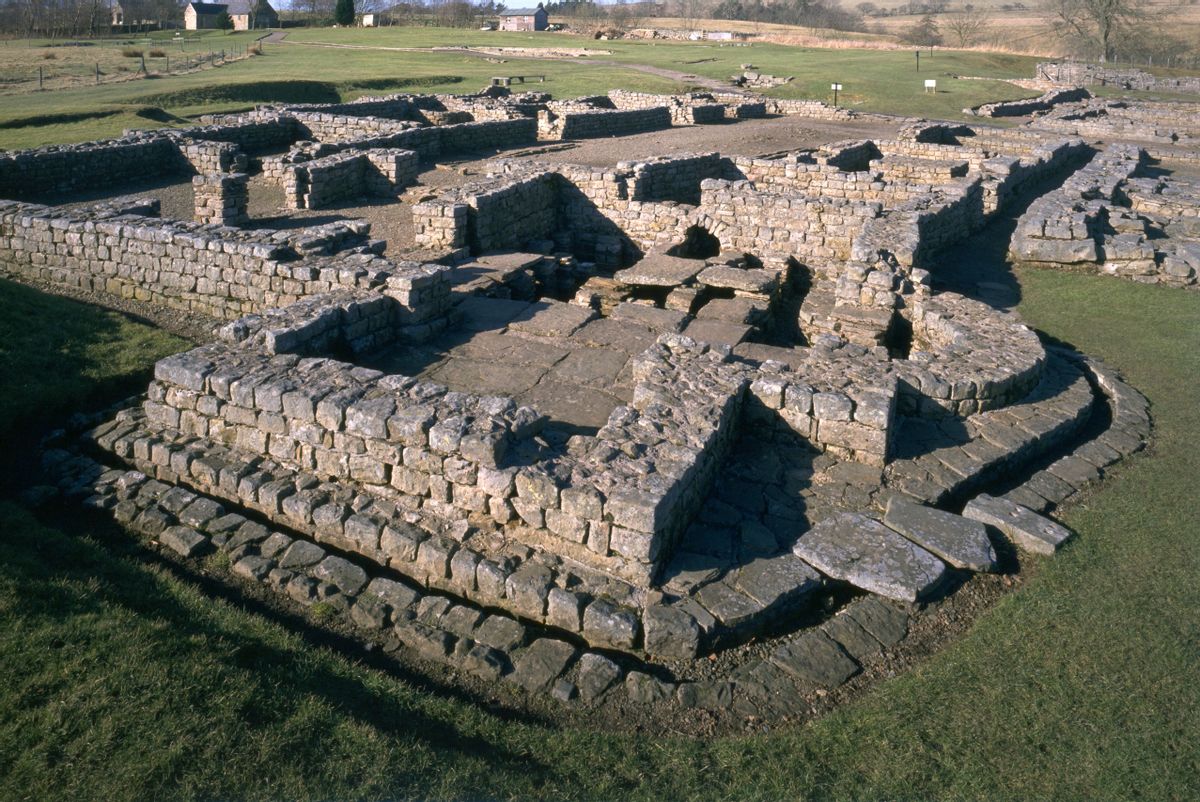 Claim:
Archaeologists made a discovery inside a Roman toilet.
Rating:

An online advertisement said that archaeologists made a discovery inside a Roman toilet. This was true. However, the picture shown in the ad was misleading, as was part of the article that resulted from the ad. We cleared up both of these in our reporting below. In the end, yes, gemstones, the remnants of human feces, and other items were found in an ancient toilet drain in an old Roman fort named Vindolanda. However, there were misleading components to this ad, too. We'll explain below.

Vindolanda was a fort that was located in Hexham, near Hadrian's Wall, in northern England. It was believed to have been active from around 85 A.D. until the year 370. According to Smithsonian Magazine, it was "one of 14 forts along Hadrian's Wall," which was "a 73-mile-long fortification in what's now northern England that once delineated the northern frontier of the Roman Empire."

Much of the archaeological research on the site began in the 1970s, thanks to the establishment of the Vindolanda Charitable Trust.

The photograph seen in the ad showed a person on what looked to be a dig site. It was credited to the Oxford Archaeology Facebook page:

However, we found no evidence that this photo had anything to do with the dig site at Vindolanda. Its location is unclear.

The ad led to an 82-page slideshow article about archaeologists making a discovery inside a Roman toilet. The story also mentioned this headline: "When Archaeologists Excavated A Roman Toilet, They Uncovered A Haul Of Eye-Opening Treasure."

Don't worry, as we did the work of flipping through all 82 pages. The article revealed on page 20 that the "huge discovery" was an old Roman game board for a strategy game named Ludus latrunculorum. It was said to have been found in Vindolanda in late April 2019. However, the ad was misleading in that the cracked stone game board (pictured below) wasn't actually discovered in an ancient Roman toilet.

Smithsonian Magazine published that the cracked stone game board was found while an excavation was underway of "a third-century building behind the bathhouse at Vindolanda." It had been repurposed as a floor stone, perhaps after it had cracked. Thermal baths in the commander's house in Vindolanda. It's unclear if this is the same bathhouse near to where the game board was found. (Photo by DeAgostini/Getty Images)

Inside the Toilet Drain

While the game board was not found in a toilet and the ad itself was misleading, the article did make mention of other toilet-related finds.

For example, the Vindolanda Charitable Trust dedicated a page on its website to the 2014 excavation of a wood toilet seat. It also provided data from the time period on the communal nature of sharing toilet time with others, with no dividers or partitions between people. Additionally, the article mentioned BBC's reporting from June 2019 about carnelian intaglio and red jasper gemstones that were recovered that were believed to have been accidentally dropped down an ancient toilet drain:

Two rare Roman gemstones that had fallen down a toilet and a 2,000 year-old gaming board have been unearthed at a Northumberland fort.

The treasures found at Vindolanda in Hexham, near Hadrian's Wall, were dug up by a team of 400 volunteers and have been sent for analysis.

A trust spokesman said the gems were precious but the glue used to fix them in rings was not strong enough.

On top of these finds, the Vindolanda Charitable Trust YouTube channel once documented that around 40 samples of the remnants of ancient human feces were given to a specialist so that they could be studied:

In the video from 2019, archaeologist Marta Alberti said that "the latest DNA sampling techniques" would allow the team to study the feces remnants in the soil to learn "who sat on [the] toilets, and what their diet was, and what kind of parasites they might have carried with them."

In 2020, they published their findings, which did include eggs from parasites. According to the data, it wasn't full pieces of human excrement that were found for the study, but rather "quite a bit of soil, preserved organic material, and other refuse."

The game of Ludus latrunculorum was a popular way for soldiers to spend time around 1,800 years ago, Chronicle Live reported.

According to ancientgames.org, the game was "a little similar to checkers":

It is a game of military tactics, a little similar to checkers. The name of the game, Ludus latrunculorum, means 'The Game of Mercenaries' [or 'The Game of Brigands'].

Several YouTube videos showed how to play the game:

In sum, a misleading ad about archaeologists making a "huge discovery inside a Roman toilet" led to an article that mostly contained a lot of truth. For this reason, we have rated this claim as "Mostly True."

For information on additional finds that have been made at the dig site, visit the Vindolanda Charitable Trust website.