The real Diesel Brothers, whose likeness was used without permission, had nothing to do with the scam. 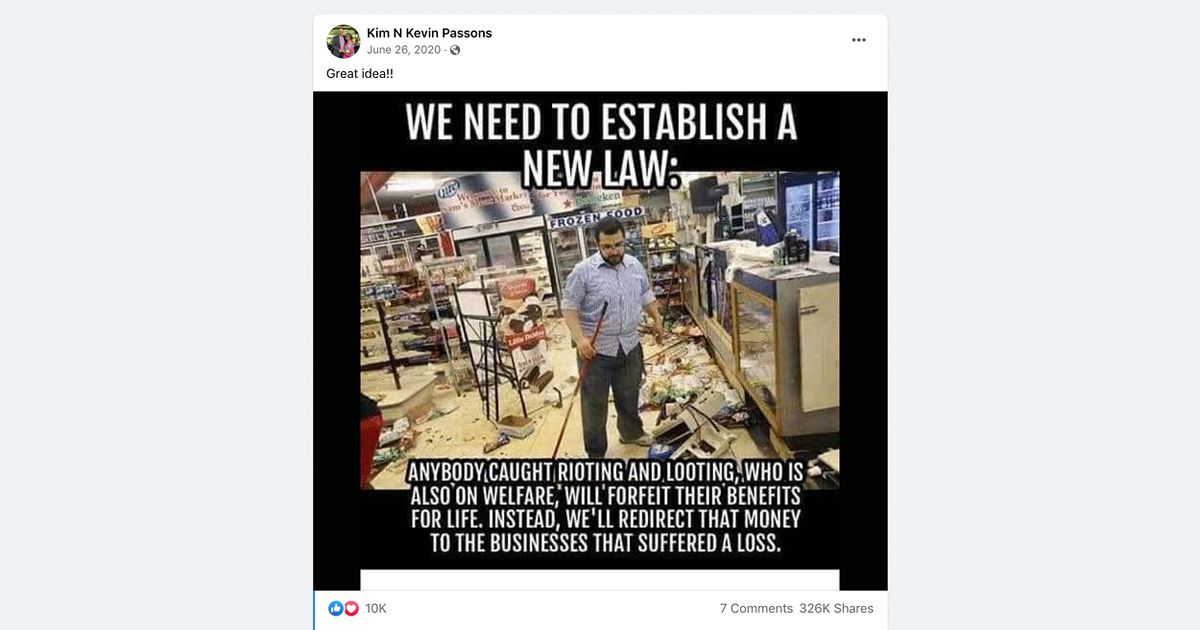 The Diesel Brothers nor Diesel Power Gear were giving away $10,000 or $100,000 to entrants who downloaded the Stash finance app. (Image Via Facebook)

Claim:
Diesel Brothers and Diesel Power Gear are giving away thousands of dollars on Facebook to entrants who follow steps and download the Stash finance app.
Rating:

In mid-November 2021, scammers set their sights on social media users who shared a popular post from 2020. The Facebook scam improperly used the names and faces of Diesel Power Gear and "Diesel Brothers," a Discovery Channel television show. Their likeness was used without permission in posts that promised thousands of dollars to entrants who followed steps and simply showed that they downloaded the Stash finance app.

On June 26, 2020, Kevin Passons, a pastor at Cornerstone Pentecostal Church in Grand Saline, Texas, and his wife, Kim, shared a meme on Facebook. It was posted in the aftermath of demonstrations that followed the murder of George Floyd. The meme read: "We need to establish a new law. Anybody caught rioting and looting, who is also on welfare, will forfeit their benefits for life. Instead, we'll redirect that money to the businesses that suffered a loss." The meme was shared thousands of times in the summer of 2020, and continued to receive shares throughout 2021.

According to The New York Times, the picture was captured around Aug. 16, 2014. It showed Mustafa Alshalabi cleaning up damage at Sam’s Meat Market after his store was looted during unrest in Ferguson, Missouri. The violent demonstrations came in the aftermath of the fatal shooting of Michael Brown, a Black man who was gunned down by a white police officer.

Around Nov. 19, 2021, the months-old Facebook post saw a sizable spike in shares in the aftermath of the verdict that acquitted Kyle Rittenhouse. Rittenhouse was on trial after being accused of shooting and killing two people and wounding another in Kenosha, Wisconsin, on August 25, 2020.

After the Rittenhouse acquittal, the June 2020 Facebook post from the Passons was shared at least an additional 100,000 times over the course of just four days. As of Nov. 23, it showed a total of 326,000 shares.

Within the new shares were a seemingly countless number of comments visible from scammers named N'k Santri Nalangsa, Akang Erik Terterter, Arra Razqisyaai HarimNna Mull, Ella Sisca, and likely many others. (The Passons had nothing to do with the scam.) On the Facebook profiles, the scammers claimed, falsely, to be affiliated with Diesel Brothers and Diesel Power Gear. They said that all users needed to do was follow several steps and install the Stash finance app in order to be entered to win $10,000. The steps also involved visiting a sites.google.com website for the registration, as these kinds of scams often do.

FOR LUCKY EVERYONE TODAY I will pick random people to get a $ 10,000 prize for the 20 chosen winners !!! Congratulations to the people I commented "YOU WIN", and all you have to do now is follow the prompts, and complete the registration to completion according to the procedure;

here (The registration link is in the comments)

STEP 3 please install the STASH application after it is installed, please open it and complete your personal data correctly.

Send proof of registration in the form (screenshot) in the comments column or message when it's finished & say it is done.

Wait a few minutes to receive a gift from me because it has to be processed. And prizes will be sent after you have successfully registered the data correctly.

'' This program is sponsored by several films '' I hope this is useful, because not everyone is as lucky as you,

To be clear, there was no evidence that Stash Finance, the company behind the app, had anything to do with the scam. Further, it's true that the real Diesel Brothers and Diesel Power Gear Facebook pages have posted about legitimate giveaways in the past. However, this scam from accounts that asked users to visit their profiles should be avoided. Scams like these could lead to phishing, theft of financial or personal information, or other negative outcomes. A glance at the scammers' profiles showed that they likely originated from Indonesia.

While some longtime readers might believe that it should be obvious that these offers are not legitimate, it's important to keep in mind that not all Facebook users are alike.

The Akang Erik Terterter scammer profile alone had been followed nearly 2,000 times. It's likely that at least a handful of those followers went through the steps in an attempt to sign up for the Diesel Brothers Facebook scam or another one in the past. This one profile alone had nearly 2,000 followers, perhaps showing how many Facebook users fell for this scam or other ones in the past.

Aside from the four accounts we found, there were likely other profiles used for the scam. Facebook limits the number of comments that a user can make in a short period of time. It was evident that the scammers had a stack of accounts that they used in a rotation to keep the ruse going.

In sum, neither Diesel Brothers nor Diesel Power Gear were giving away thousands of dollars on Facebook to entrants who followed steps and downloaded the Stash finance app. It was simply a scam that appeared to be run from Indonesia.