The story about the United Parcel Service losing an inheritance check has been sensationalized for outrage clicks. 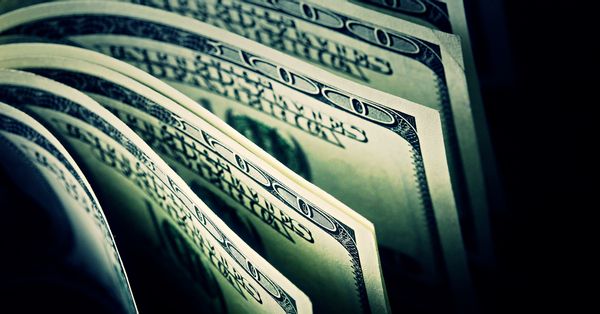 Claim:
UPS lost a family's $846,000 inheritance check but would only refund them the $32 shipping fee.
Rating:

UPS did not refuse to replace the check, nor were they responsible for doing so. Instead, the bank that issued the check resolved the issue by providing the customer with a new note (after ten months of stalling).

In mid-December 2017, a viral story picked up by multiple news outlets and web sites reported that United Parcel Service (UPS) refunded a $32 shipment fee to a family waiting for a $846,000 bank draft that never arrived:

The drama began in February, when, Louis Paul Herbert told CBC, his family was going over his father’s will and dividing money between family members. Herbert said he went to a UPS store near Cornwall, Ontario, to pick up a package his sister, Lorette Taylor, had sent him containing a bank check with his part of the fortune.

But the check never arrived.

“I’m waiting at the UPS store, around 3 p.m. because that’s when they said the guys came in -- nothing shows up,” Herbert told CBC News. “I came back in the evening. Nothing shows up...and I’m wondering, ‘What’s happened to my inheritance?'”

The story was first reported by Canadian network CBC on 14 December 2017 and although the first part of the story has been reported and aggregated by various outlets far and wide, the situation was resolved almost immediately when the bank issued the family a new check after the CBC story was published ten months after the ordeal began.

In February 2017, Ontario, Canada resident Lorette Taylor was distributing inheritance money to her two siblings and when she went to her TD Canada Trust branch, her family was told that the best way to send $846,648.46 to her brother was by bank draft (i.e., a check issued directly by a bank). Taylor told CBC that the branch assured her there was a procedure in place to recover the money if the draft was lost or stolen.

Taylor's brother, Louis Paul Herbert, lives 273 miles from the family's attorney's office and told CBC he thought he could save himself the long drive by having UPS ship the money to a nearby UPS store, but UPS lost the package carrying the funds. The family wrangled with the bank over the issue for almost a year and finally approached CBC in desperation. Their plan to make their plight public worked: soon after the Canadian news agency broke the story, the bank issued the family a new check, resolving the situation.

TD Canada Trust spokeswoman Barbara Timmins assured us on 27 December 2017 that the family has received a replacement check and the situation has been resolved, saying: "We recognize that there was more we could have done to come to a resolution faster."

Many of the headlines being shared by various publications seem geared to generate outrage clicks aimed at UPS, and are worded more or less like this one in the New York Post: "After losing family’s $846K inheritance, UPS offers to refund $32 shipping fee."

It is unclear why UPS should have been the target of outrage in this instance, as they didn't issue the check and had no authority or responsibility to provide a replacement. After searching unsuccessfully for the package, UPS sent the family a letter of apology and reimbursed their shipping costs, in accordance with the company's terms and conditions of service (which plainly state that customers are prohibited from shipping items worth more than $50,000). Furthermore, unless customers take specific actions to inform them, UPS employees usually have no way of knowing what is in packages they are delivering.

In the CBC story, Herbert expressed remorse for having the money sent via UPS rather than picking it up himself, saying that "I should have just driven [to the lawyer's office]. It's something I kick myself in the rear over everyday."

In response to the incident, UPS sent out a statement that read:

Every package is important to UPS and we are deeply disappointed that we fell well short of expectations for the Taylor family. Globally, UPS handles almost 5 billion packages every year, and we pride ourselves on the reliability and integrity of our network.

Timmins said the case has illustrated that many people don't understand how bank drafts work. He noted that they do not expire and should be handled like cash in explaining why the bank was hesitant to reissue a new one after the original was lost:

Both the bank and the customer need to be protected. To replace a lost bank draft, we require the customer to sign an indemnity and in some cases, provide security. An example of security could be a [Guaranteed Investment Certificate] held for a period of three years.

By signing the indemnity, the customer (payor) promises to reimburse the bank if the person the draft is made out to cashes the lost bank draft in the future. If the original bank draft was fraudulently cashed, the bank would have other recourse available to recover the funds.