Did a University of Georgia Professor Let Students Pick Their Own Grades?

The professor had a syllabus posted to his web site outlining a "stress reduction policy" — which appears to have been satire. 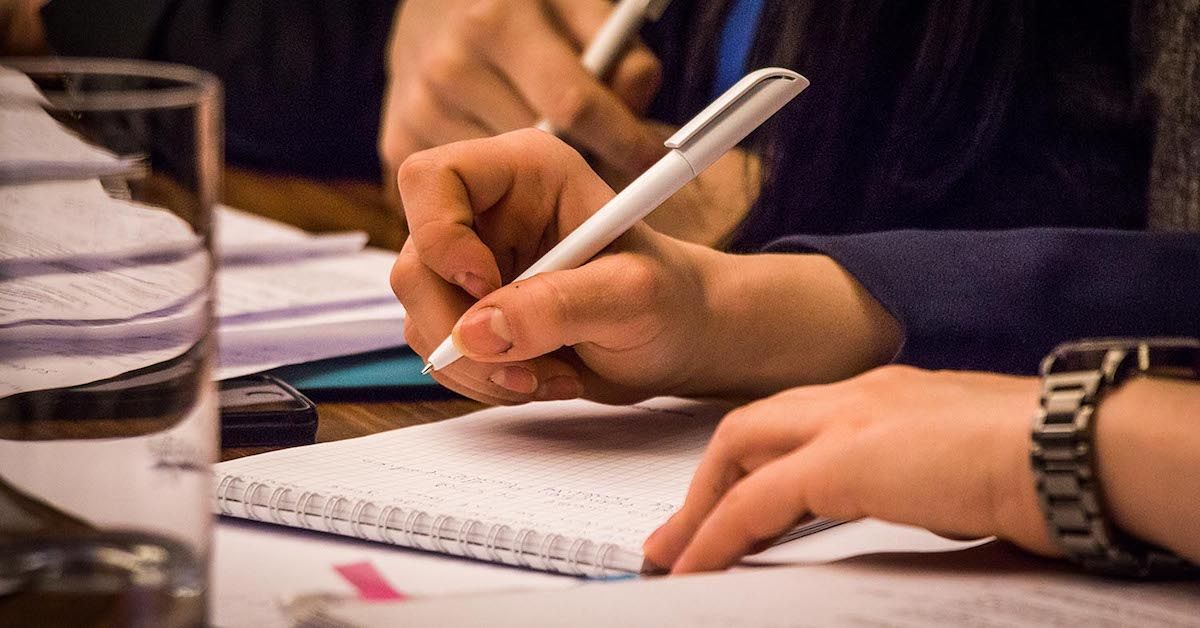 Claim:
A University of Georgia professor allowed students to pick their own grades.
Rating:

On 7 August 2017, the conservative college news site Campus Reform posted a story reporting that a University of Georgia business professor had instituted a "stress reduction policy" that allowed students to select their own grades:

A University of Georgia professor has adopted a “stress reduction policy” that will allow students to select their own grades if they “feel unduly stressed” by the ones they earned.

According to online course syllabi for two of Dr. Richard Watson’s fall business courses, he has introduced the policy because “emotional reactions to stressful situations can have profound consequences for all involved.”

No reporters have been able to reach Watson to clarify the content of the syllabus, but the “stress reduction policy” allowing students to write their own grades was likely written in jest.

A person who knows Watson and asked to remain anonymous told us the policy was probably satire meant to inspire discussion about fairness on the first day of class. The person described Watson, who has taught at UGA for nearly 30 years, as a tough professor that “doesn’t put up with nonsense” and holds his students to a high standard.

To have him be a poster child for giving in to the 'snowflakes,' it’s hilarious because he’s the absolute opposite of that.

The syllabus that contains the "stress reduction policy" was found on Watson's personal page at UGA's Terry School of Business for a class called Data Management. Campus Reform reports that the same policy was written on a syllabus for a second class, Energy Informatics, but was altered before it was archived. The syllabi for Watson's classes can also be viewed and downloaded from the university's business school page as well. These versions do not contain the "stress reduction policy."

The archived syllabus, which was dated 4 August 2017, has a section that reads:

Emotional reactions to stressful situations can have profound consequences for all involved. In order to avoid such situations in this class, the following policies will apply:

- All tests and exams will be open book and open notes, including the use of material on your laptop.
- All tests and exams will be designed to be completed in half the allotted time by the majority of students.
- All tests and exams will be designed to assess low level mastery of the course material.
- If you feel unduly stressed by a grade for any assessable material or the overall course, you can email the instructor indicating what grade you think is appropriate, and it will be so changed. No explanation is required, but it is requested that you consider waiting 24 hours before emailing the instructor.
- If in a group meeting, you feel stressed by your group's dynamics, you should leave the meeting immediately and need offer no explanation to the group members. Furthermore, you can request to discontinue all further group work and your grade will be based totally on non-group work.
- Only positive comments about presentations will be given in class. Comments designed to improve future presentations will be communicated by email.

While this policy might hinder the development of group skills and mastery of the class material, ultimately these are your responsibility. I will provide every opportunity for you to gain high level mastery.

The university seemed to confirm that Watson did indeed write the policy with a statement distributed to reporters, in which business school dean Ben Ayers said it did not comport with university policy:

A recent online report published a syllabus that a Terry College of Business professor had placed on his website. The syllabus stated that his grading policy would allow students inappropriate input into the assignment of their own grades. I want you to know that the syllabus did not conform with the University’s rigorous expectations and policy regarding academic standards for grading. I have explained this discrepancy to the professor, and he has removed the statement from his syllabus. Rest assured that this ill-advised proposal will not be implemented in any Terry classroom.

We asked follow-up questions about the incident, but got no response from the university spokesman.

Because the story went viral, numerous outlets published stories about the syllabus. Some simply reported that the "policy" had been nixed thanks to Internet outrage, while others opined that it proved the popular idea among some politically-partisan blogs that college students are coddled and overly-sensitive. But none of the reporters who wrote about the incident spoke to Watson. We have tried to reach him and have received no response.

Maureen Downey, long-time education columnist for the Atlanta Journal-Constitution, told us she has also been unable to reach Watson directly — but she has spoken to multiple people who know him, some of whom believe Watson's "stress reduction policy" was a dig at Georgia's new campus carry policy. In an e-mail, she told us:

I heard from about a dozen academics who immediately recognized Dr. Watson's new stress policies as satire. Some of Watson's fellow academics believe his target was Georgia's new law allowing students with conceal carry permits to attend class armed.  The controversial law went into effect on all public campuses July 1.

Based on her interviews, Downey said there are two working theories about Watson's supposed policy:

Here are the two theories as expressed to me by other academics:

Yes, there is no question in my mind that Watson’s syllabus was a protest: unfortunately, a little too clever for people to figure out. Why didn’t he just admit this to you, you asked?  Because the University System of Georgia and its sub-adminstrators at each university have imposed a virtual gag order on discussing our feelings about or plans to respond to or protest campus carry.

And then there was this other theory:

This addition into the syllables was done in jest and as a parody in order to create a day one discussion about how fairness and rigor was important in grading.

Aside from the "stress reduction policy," nothing about Watson's syllabi or information about him online suggests that the professor is soft on his students. Three students who were enrolled in his Energy Informatics course wrote on the web site RateMyProfessor that the class was difficult and described Watson as a challenging instructor. No mention was made of a policy that allowed them to pick their own grades. Two of the students took his class in Spring 2016 and wrote:

Tough individual assignments for an elective, but I suppose they benefited me in the end. Group projects are graded leniently if you put in the effort, not super technical. Dr. Watson is a very interesting and inspiring teacher, especially when it comes to sustainability & information systems.

Dr. Watson is so knowledgable in the subject and he wants students to learn. He'll respond to emails with questions about the homeworks almost instantly, but he is pretty vague sometimes. You have to stay on top of the material or else the days before the tests will be brutal. The material is hard, but I felt like he was generous with test grading.

The subject is tough. He is a tough professor as well. Gives a lot of assignments that take up a lot of your time. Not the easiest, I recommend taking someone else. If you do have him, make sure you ask a lot of questions and participate. He notices your effort, that's for sure. Received a C.

In other parts of Watson's syllabi, he seems fairly demanding — if students wish to use a laptop in class they can only do so for classwork and note-taking, and have to send their notes to him after class so that he can verify that's what they were doing. Students are not allowed to miss more than four classes without being automatically dropped or withdrawn. He has a "freeloader" policy to ensure each student is pulling their own weight in group work, and allows the group to "fire" a student who isn't chipping in:

It occasionally happens in class and enterprise settings that someone in a group is not prepared to do his/her share. In the case of my classes, I recommend that the team give the freeloader one warning and then fire that person from the team. That person will then do group assignments individually or find another team to join. The team should notify me of the change in team composition immediately. I distribute a form to assess team participation at the end of the semester. If a major disparity in team contribution is reported, I will adjust team project grades.

Watson's biography on his personal page at the university suggests he has a dry sense of humor. He was born and raised in Australia but now teaches in Athens, Georgia, and he joked:

I am one of the few people in Athens with a genuine southern accent. I am a true southerner — I was even born in South Australia. I spent much of my childhood on a farm near Narembeen in Western Australia.

Watson has authored two text books on his subject matter and has taught at universities all over the world, from Sweden to Ethiopia. He founded the Department of Information Systems at Edith Cowan University in Australia and was described by Downey as a nationally-respected professor.

Although it is apparent that Watson did write the "stress reduction policy" into a syllabus on his web site, it seems extremely likely that he did not intend to actually allow students to select their own grades; rather, the policy was written as a sarcastic response to the state's new campus carry law, or — as one theory suggested — to spark a discussion in class about academic rigor and responsibility.