Did President Donald Trump Slap the Mayor of Mexico City?

A video of Trump slapping World Wrestling Entertainment executive director Vince McMahon at an event was later repurposed with an inaccurate caption. 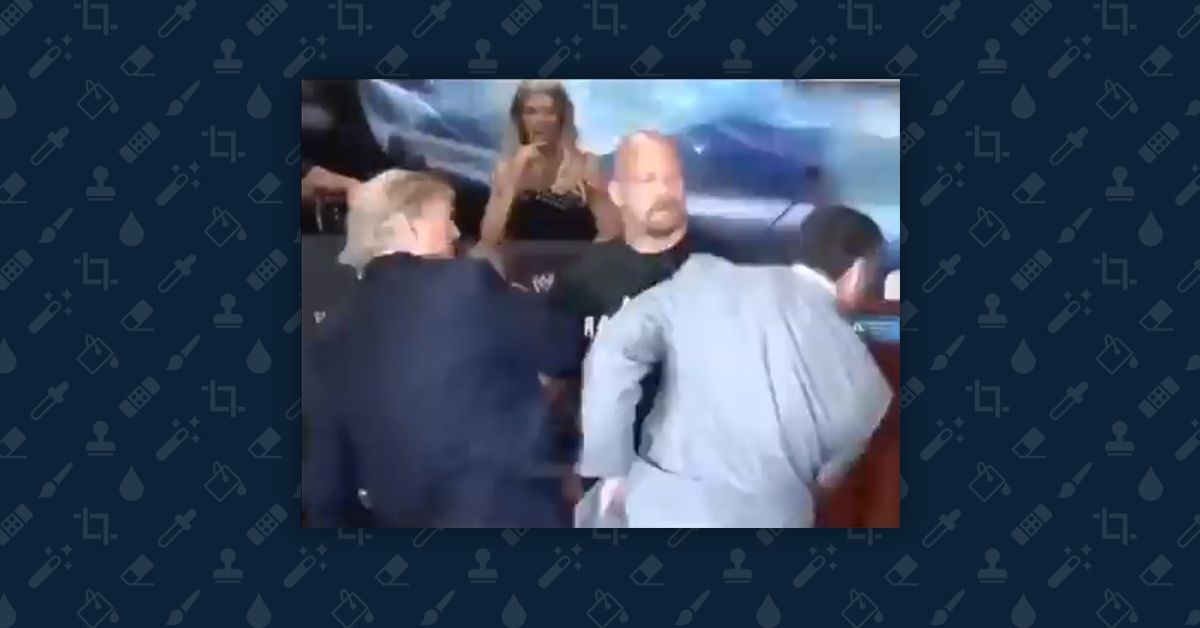 American audiences might be aware of the fact that President Donald Trump was once a regular figure on the professional wrestling circuit. Global audiences, however, may be less familiar with this aspect of Donald Trump's varied background and view videos of wrestling-related events involving him with puzzlement, especially when those clips are shared out of context. That latter aspects appeared to be the case in March 2018, when an old wrestling video was circulated with a claim that it portrayed Donald Trump slapping Miguel Ángel Mancera, the current mayor of Mexico City: Meeting between Trump and the mayor of Mexico City

(sent by my Brazilian friend): a video that will certainly not be shown

The video displays the words "WWE Clips" in the top right corner of the viral Facebook video, an abbreviation for World Wrestling Entertainment, the company that host sports entertainment events such as Wrestlemania. So it is not a coincidence, then, that the man in the gray suit seen being slapped in the above clip is Vince McMahon, the chief executive officer of World Wrestling Entertainment, and not Miguel Ángel Mancera.

The man in the background (in the shirt with "Raise Hell" emblazoned across the front) is also a famous wrestler: Stone Cold Steve Austin. It's very unlikely that Mr. Stone Cold would be officiating a greeting, not to mention a face slap, between President Donald Trump and the mayor of Mexico City.

This video was shot in the lobby of Trump Tower in New York City on 28 March 2007, in order to promote an upcoming fight (billed as the "Battle of the Billionaires") between Trump and McMahon. A video from the event taken by Getty Images bore the following caption: "Donald Trump slaps Vince McMahon at the Donald Trump and World Wrestling Entertainment News Conference for WrestleMania 23 at Trump Towers in New York, New York on March 28, 2007."

The full video can be seen below (with the slap occurring around the 9:45 mark):

Donald Trump has a long history with the WWE, having sponsored some of the early WrestleMania events. His association with the wrestling world has been misconstrued to spread other falsehoods, including when a photograph of him prone in the middle of a wrestling ring (after he was knocked down by the aforementioned Stone Cold Steve Austin) was digitally altered and shared with the false claim that the president had been assassinated.