Did Donald Trump Scare a Group of Schoolchildren?

A video showing terrified reactions of a group of children as the president enters a classroom is actually two different clips that were edited together. 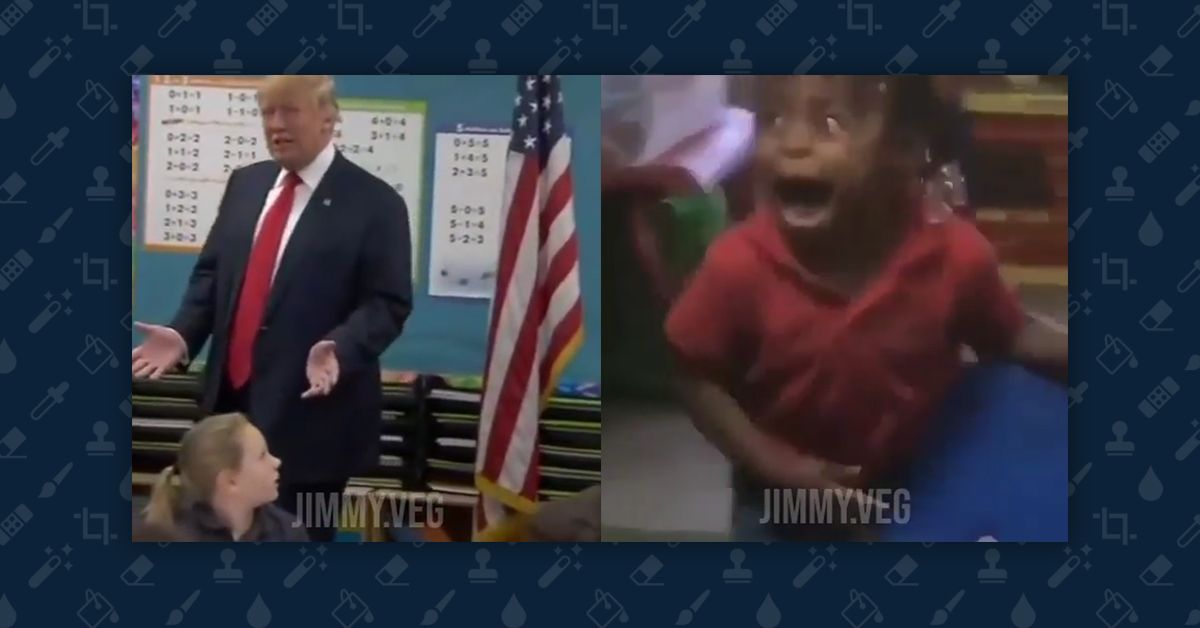 If the original date of its appearance wasn't an immediate giveaway, we found that this is a particularly clever edit by Instagram user "Jimmy.Veg" that combines two different and unrelated videos.The first shows Trump visiting a group of first-grade students at the International Christian Academy in Nevada on 5 October 2016:
The second half apparently shows a group of children frightened by someone dressed as the Easter Bunny entering their classroom, not President Trump. We're not positive about the details of this footage, such as where and when it was taken, but the earliest posting we could find seems to have appeared around the end of March 2018:

Y’all know this is the most scary moments of any child life when the Easter bunny show up to your class room #EasterBunny pic.twitter.com/ASoXp0MsGf