An image suggesting that the president called community college "13th grade ... for dummies" is fabricated. 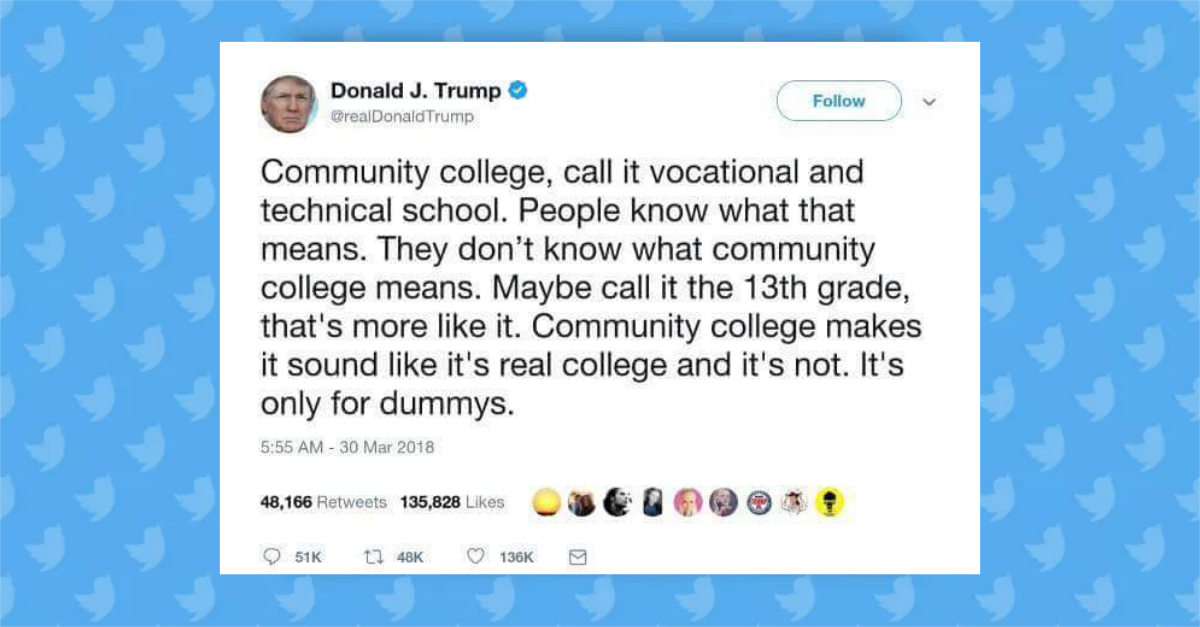 In early April 2018 a purported screenshot of a tweet attributed to President Trump circulated, suggesting he described community colleges as "13th grade" for "dummys":

@realDonaldTrump Once again you prove you're trash by insulting Community Colleges. Also? For a 'genius' with 'all the best words', you don't know how to spell. The plural of 'DUMMY' is 'DUMMIES', not 'DUMMYS'.
Jesus, you're fucking stupid.

@realDonaldTrump
It's only for dummys? You are such a pathetic human and POTUS. You are a complete embarrassment to the United States of America! pic.twitter.com/RAEEe1r6yU

Inspiration for the tweet appeared to be actual 30 March 2018 remarks President Trump made during a speech in Ohio: